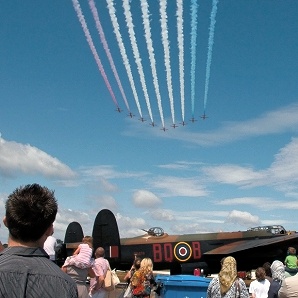 Usual at the Castle this minging Monday morn, wet, cold, calm and dismal, but the good news is that “they” have finally lifted the hosepipe ban dahn ‘ere in ‘Ampshire, all I have to do now is find the bleedin thing under all this water.


No post yestermorn, the vast amounts of skywater finally managed to overwhelm the subterranean telephonic cables and my land line and interweb thingy went tits up for the day.


Just got back from the stale bread, gruel and his Maj’s food run dahn Tesco, his fave Whiskas-jelly-meat stuff has been reduced from £4.39 to three squids per box, and as I pulled into the car park I saw a Bomb Disposal Lorry in one of the spaces so I parked next to it-the safest place to be I thought, just in case.


And I see that Blighty’s weekend of sport didn’t go too well, we lost the Womble thing, came even farther dahn at Silverstone and didn’t do too well at the other tennis thing abroad.


And: The jolly old Farnborough Air Show begins this day, a week of ten mile detours, traffic jams and noise from “combat” jets which we can't afford.


And talking of the Ex RAE 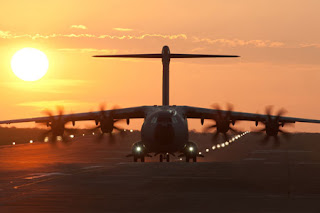 U-Turn Cam will be in the next town to Aldershot to celebrate the signing of a contract worth £50 million for a full flight simulator for the Airbus A400M.
The simulator will be located at RAF Brize Norton in Oxfordshire.
The simulators are designed and built by Thales Training and Simulation in Crawley, West Sussex, with the contract helping sustain 50 high-tech UK jobs and skills.

Which works out at £1 million per job.

I wonder if the Prime Monster read This: Engine issues have again curtailed the participation of the Airbus Military A400M in the flying display of a major air show after the manufacturer announced the type would only be shown on the static park at the Farnborough air show, which starts on 9 July.
"The decision to have the aircraft on static display only is based on engine issues that happened last week which need further investigation," says Airbus Military.
Instead, it will show the first production representative example, MSN6.
The MoD has ordered 22 of the A400Ms to replace the fleet of C-130 Hercules, with the first delivery expected in 2014. 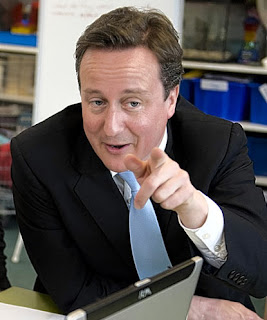 The Piss Poor Policies Millionaires Club Coalition has gorn and done it again- An attempt by civil servants to pool resources across Whitehall has cost hundreds of millions of pounds more than it saved, MPs have found.
The Government announced in 2004 that it wanted Government departments to share ‘back office’ functions like human resources and finance.
Five departments including the Departments for Work and Pensions, Environment, Food and Rural Affairs and Transport, as well as the Ministry of Justice, signed up to the new way of working.
The new way of working was meant to cost £900million but ran £500million over budget, and eventually cost £1.4billion, MPs on the Public Accounts Committee found.
They were meant to have saved £159million by the end of 2010/11 from the new arrangement – but only one department “broke even”, and two departments reported net costs of £255million. 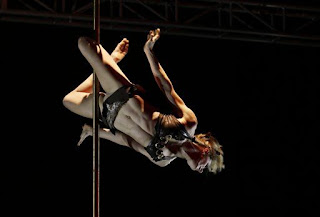 Seeking to protect women from exploitation, Canada is ending visas for foreign strippers, reports the Globe and Mail. Foreign escorts and massage parlour workers will also be banned.
The government says the move is to combat human trafficking but critics say the ruling Conservative Party is just being prudish. The government has issued 496 visas to exotic dancers since 2006, though just 12 were issued last year. There are about 700 foreign strippers currently working in the country, but they won't be allowed to renew their one-year visas when they expire.

Sod it: there goes my trip to Celine Dion land.... 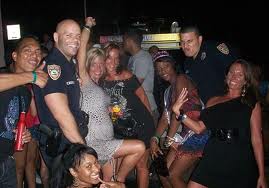 Male officers attended Darwin's Humpty Doo Tavern after reports of a disturbance and were greeted by an enthusiastic group of women who shouted that the strippers had arrived and tried to pull their shirts off.
"The girls were in fine form," Northern Watch Commander Louise Jorgensen told the Australian Broadcasting Corporation. "They were most excited about the police presence.
"There were various shouts about how the strippers had arrived."
Jorgensen said the men "nearly had their shirts torn off, but they managed to escape with their dignity intact".

Still in the Southern hemisphere

Every year, men and women gather in Port Lincoln, South Australia to see who can hurl a tuna fish the greatest distance.

While the tuna they throw isn't real, it's still quite a feat to toss the 10kg tuna through the air.

The world record for tuna tossing is more than 37m.


That’s nearly as much in centimetres as it costs to buy a tin of the real stuff.

That’s it: I’m orf to check my interweb thingy connection