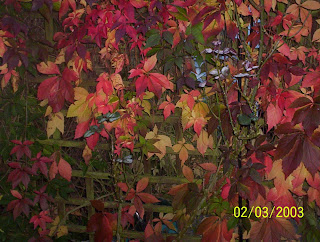 Ah, Saturday again, the weather is still nice, my face has stopped hurting, the Virginia Creeper is turning red (and I have still not changed the date on the camera), and there is an excess of “news” this morning.

The Angus Castle is open to all and sundry and all seems right with the world. 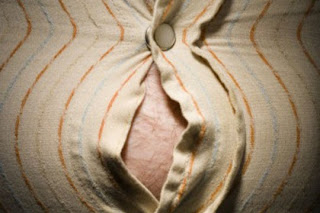 Are you overweight and struggling to keep to the diet? Help is now at hand in the form of WeightNags “Face it, Fatty, you need someone to bug you about it every 15 minutes don't you? Otherwise, you wouldn't be looking for an online personal trainer. You need to be motivated and WeightNags will do what you can't.”

All you have to do is subscribe to the site and they will send you insulting emails. Or you can pay $4.95 per month and get nagged by text.

More than 250 people signed up for the not-so-subtle site in just the first two hours of its launch this week.


This Dalek has cost a tree 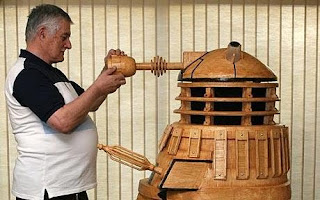 This full scale matchstick model of one of television's scariest aliens is the work of Brian Croucher, 66, who spent more than two years on the task in the sitting room of his end of terrace house in Bognor Regis, West Sussex.
He finished it last month by applying the last of three coats of clear varnish to the 480,000 matches which have been cut, shaped and sanded into the 5ft 3in extraterrestrial.
"I spent an hour or maybe two on it at a day because I have a bad back and it is difficult sitting still for such a long time," said Mr Croucher, a retired electroplater. "Besides, it can be a tedious business."
Mr Croucher was bitten by the matchstick modelling bug 30 years ago when he watched his nephew struggling to make a model of his mother's house. He said: "I told him it looked good but bet him that I could make a matchstick boat and finish it before he finished his house. He gave up half way through but I carried on.
"After the boat I made a full size rocking horse, a grandmother clock and a rocking chair. I had to take early retirement because of three disc bulges in my back and just found this very therapeutic."
To fuel his hobby, friends and relatives buy him bags of special modelling matchsticks for birthday and Christmas presents. A £5 bag contains 10,000 matches.
To create the Dalek, Mr Croucher used a small plastic toy version as a template and scaled it up five times to make his full sized version. He said: "I did a Dalek because my wife Hazel bet me to do it as a challenge. Because I had made the five foot motor launch I wanted to make something bigger with more detail.

Here’s a challenge for you Brian-get a life.
Bootiful animals 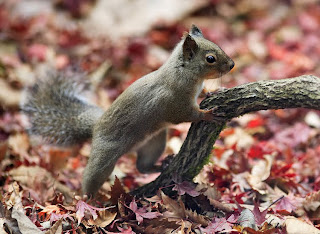 Police have discovered 1,700 live animals crammed into the boot of a hatchback car in Bari, Italy, during a routine check.
The animals included 216 budgies, 300 white mice, 150 hamsters, 30 Japanese squirrels, six chameleons and more than 1,000 terrapins.
Traffic Police made the discovery when they pulled the vehicle over for a routine car check. The officers were amazed to find the animals in stacked boxes when driver Francesco Lombardo opened the boot.
All 1,700 animals were confiscated and sent to nearby zoos while Police investigate the driver for links to animal smuggling.
One of the officers who found the animals said: "He said he planned to sell the terrapins for 20 Euros each which would have made him a fortune.
"There is no doubt those poor animals were suffering in such a small space."

Let’s hope the smuggler suffers in a small space-a cell.
Be kind to that spider 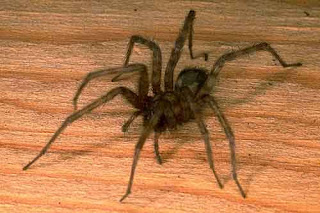 The majority of spiders are completely harmless to humans, although people still dislike seeing them in their home.
There is no need to kill a spider, even if it is chez vous. There are many ways of dealing with it without squishing it. The best thing to do is to trap the creature and release it. You don’t need any special equipment – just a glass and a piece of card. Place the glass carefully over the spider, making sure you do not crush any legs and slide the card underneath. All you have to do is take it out into the garden and release it.
For those who are slightly more fearful at getting up close and personal with our eight-legged friends, you could buy a commercial spider catcher with a long handle to keep you at arms length from the spider.
A common problem is finding a spider in the bath. Don’t wash it down the plug. Instead, leave a towel over the side of the bath so that the spider can grip onto the fabric and crawl out.
To keep spiders out of the house in the first place you can follow these simple guidelines; close your windows at night to stop insects scuttling inside, remove any food waste that may attract insects and keep your house clean and free of spiders’ webs.

Yeah right, the rolled up newspaper is always to hand.
Scotland IS a foreign country 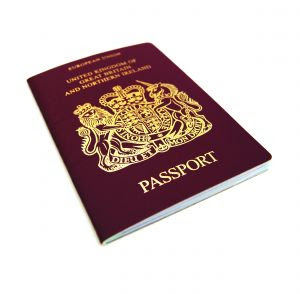 Passengers on domestic flights to Scotland face having to show their passports to police when they land under terrorism laws, The Daily Telegraph can disclose.
Despite already proving their identity to airline operators before boarding, passengers on internal flights will still face routine checks by police when they disembark.
The move emerged after five Tory front bench MPs, including Chris Grayling, the shadow home secretary, were among travellers ordered to show their passports when they arrived at Prestwick Airport on Wednesday.
Mr Grayling accused police of abusing powers designed to combat terrorists and warned it was “mission creep”.
He said: “"It is utterly and completely unacceptable for any police force to be doing routine identity checks on passengers travelling within the UK.
“Do we want to end up with border check points at Gretna Green?
“Of course we need security but there has to be a balance.”
There is no blanket policy to check every passenger on domestic flights but police forces in Scotland confirmed officers do carry out checks on a regular basis.
Officers can ask someone to prove their identity and that can include showing a passport.
Strathclyde Police, which covers Prestwick and Glasgow airports, said the power was under the Terrorism Act 2000.

“Mission Creep” the description of this Government and its policies.

And finally:
An end to Gas prices rip off? 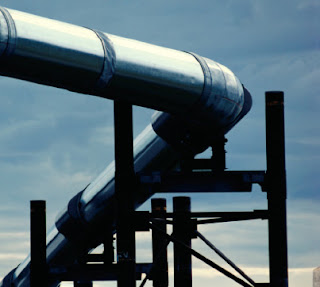 After years of dithering, and despite Moscow's threats, agreement has been finalised for a project to bring non-Russian gas to Europe. Adrian Blomfield reports.
On an autumn evening in 2002, a group of European executives celebrated a major energy deal by taking in a spot of Verdi at the Vienna State Opera House.
At dinner afterwards, the businessmen resolved to christen the gas pipeline they had agreed to build "Nabucco", after the opera they had just seen. Having watched Nabucco save the Jews from imminent execution at the hands of an interloper, the executives – and their EU backers – may have thought the name auspicious.
As arguably the most important energy project undertaken in EU history , the Nabucco pipeline was meant to bestow similar salvation on a continent becoming dangerously dependent on Russian gas. The pipeline would wean the EU off Moscow, which already accounts for a third of its imports, both by creating a major route along which non-Russian gas could flow and, more importantly, breaking Russia's stranglehold over transit from the east.
The Kremlin, unsurprisingly, regards Nabucco as the interloper, seeing it as a threat to an even tighter Russian energy stranglehold over Europe.
Russia has not been shy of using its energy might to achieve its political goals. Both Ukraine and Belarus have seen their gas supplies severed as Russia has sought to reassert its influence over what it calls its "near abroad".
Some EU members, particularly those who belonged to the Warsaw Pact, fear that over-dependence on Russian energy could mean they, too, fall victim to the Kremlin's whim.
For Russia though, Nabucco represents what it most fears: the EU acting in concert to defend its interests.
So, is it the end of overpriced gas? NAH, they will still screw us no matter where the gas comes from.
I must go off and polish the portcullis.