‘tis four–ish of the am at the frost covered Castle this morn, the butler is frantically stuffing fat teenagers into the furnace while pedalling away on the cyclegen, the kitchen is empty of any sort of computers, the garden is starting to explode into life and I have to go to Tesco and stock up on stale bread and gruel; after using my new giant sized scraper purchased for the paltry sum of two quid.
First/second/third up we have three examples of the lack of brain power and common sense in the Piss Poor Policies Coalition. 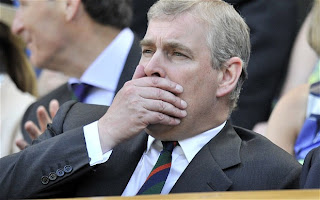 Silly Billy Hague is defending the fat old Duke of York and his association with an American businessman who is a convicted paedophile, Silly Billy told BBC News he had "full confidence" in the work the Prince was doing: "I've seen a lot of benefits that he has brought in countries that I have visited, where he's been performing that role."
Hoping for a Knighthood Billy? 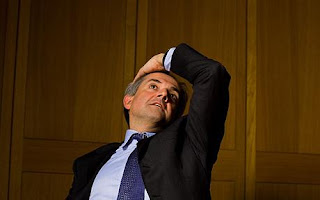 Then we have U-turn Huhne
Who thinks that Britain has no other option but to speed up efforts to move away from oil towards other energy sources.
As a result of soaring petrol prices, the energy minister said Britain will launch a new national "Carbon Plan".
It is aimed at getting government departments to shake up their operations and make their projects less dependent on fossil fuels.
"Getting off the oil hook is made all the more urgent by the crisis in the Middle East," Mr Huhne told The Observer.
"We cannot afford to go on relying on such a volatile source of energy when we can have clean, green and secure energy from low-carbon sources.
Yeah right, Blighty is overflowing with “green” energy: I must pop out and hoist the sail on the Rover. 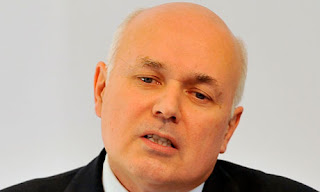 And The irritable Bowel Twins
Reckon that there are lots of jobs for the unemployed
And Hundreds of thousands of unemployed people could be in work if they took vacant jobs, Iain Duncan Smith has said.
The Work and Pensions (witless Pillock) Secretary said that unemployment would be significantly lower if jobless workers could be better-matched to vacancies.
UK unemployment stands at 2.5 million. Mr Duncan Smith told the Conservative spring conference in Cardiff that was less of a problem than some have suggested.
“It’s short sighted to say there aren’t any jobs at the moment. The fact is there are around half a million vacancies in the economy at the moment,” he said.
Which would only leave two million on the dole, plus the half million to come from the public service cuts.
A case of :  “If we had some ham we could have ham and eggs if we had any eggs”
The members of the Multi Millionaires Coalition Club don’t seem to have much of a grip on reality. 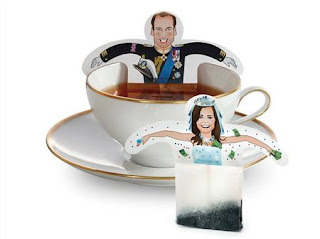 Hamburg tries one upmanship
A Hamburg company has beaten the Brits at their own game - a cup of tea - by selling "KaTEA" tea bags featuring Prince William and his bride-to-be Kate Middleton.
The bags feature the faces and torsos of the future royal couple with extended arms that drinkers can hang over the rim of their cups. They are the idea of Donkey Products, based in the northern German port city of Hamburg.
The bags are filled with German-grown black tea. They are being sold for a limited time as a pair, with in a greeting card.
I don’t think Ford is going to be very happy about the “Ka” bit.

Dahn Unda
The nation's longest-serving director of public prosecutions (DPP) says that Australia need smarter laws not tougher ones.
In his 16 years as NSW DPP, Mr Cowdrey has dealt with more than his fair share of pressure from politicians, the public and the media - and he's made more than a few enemies by standing his ground.
"I'm not prepared to suck up to some other bureaucrat or to smooch with some minister in order to curry favour and get something done," said the 64-year-old who will retire on Tuesday.
Wonder why he didn’t say all this 16 years before he retired?

Back in the land of green energy, and up a bit
The Scottish Poetry Library has been left a unique gift by an anonymous artist - who slipped in and out of the building unnoticed as staff worked.
The intricate model tree, made from the leaves of a book, was discovered on a table in the library with no sign of the mystery benefactor.

Librarian Julie Johnstone found it on Wednesday morning with a note attached saying it was a gift.

She said: "I was going into a meeting and it was in the corner of my eye, I thought 'What's that?' I thought somebody must be doing a display, and I had a look and saw this intriguing anonymous message, and came down to see if anyone knew about it - and no one knew anything about it. It's lovely."
Communications officer Peggy Hughes said: "We were delighted that someone would have taken all that time to do that and just leave it.

"I think we're going to look at it every day and say 'Wow'.
Tree-paper-book-tree: very deep. 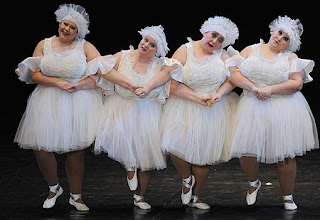 Down to the land of prescription and hospital parking charges
The Russian state ballet has taken on some fat fairies; their “Big Ballet troupe” is ­currently on their Size Does Matter tour in the UK.
Prima ballerina Tatyana Gladaknik says: “It’s very easy to do the splits with 16 stone of down force.”

Bet that would crack your nuts. 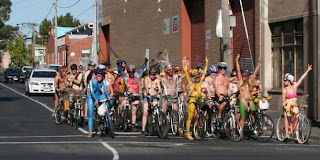 Dahn Unda yet again
More than 150 naked cyclists coursed their way through inner-city Melbourne in support of bike activism on Sunday.
Melbourne's fourth annual Naked Bike Ride kicked off at the Edinburgh Gardens in North Fitzroy and took riders on a 10-kilometre trip through the city's streets.
Organiser Heidi Hill says the ride protests in favour of bike activism, as well as naturism, environmentalism and pacifism.
She says it a sure-fire way of bringing attention to those issues.
"Going past Lygon Street and all the restaurants, people come running out and they're quite shocked and then they start laughing and screaming," she said.
"I think people are titillated and excited to see people having so much fun."
Hope they had soft saddles.
And finally:
Ladies sauntering 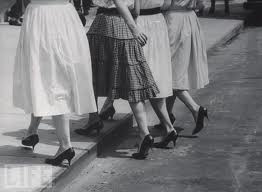 That’s it: I’m orf to explore a superfluid friction-less liquid that could seemingly defy the laws of gravity.
And today’s thought: Friends are those rare people who ask how we are . . . then wait to hear the answer
Angus
Posted by Angus Dei at 05:44 2 comments