Cop that: Last voyage: EU serve olive oil: Up over Dahn Unda: and Harry has a banger.

Quite a lot of lack of cold, too much drizzly skywater, just enough atmospheric movement and sod all solar stuff at the Castle this morn, the elbow is still playing up, the garden is still doing its thing and his Maj is full of the joys of.......something.
Some white-bluebells 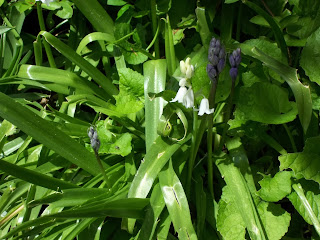 Some other white stuff 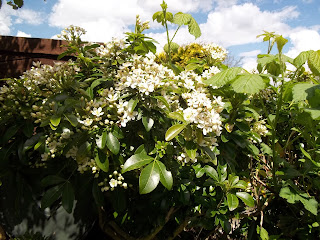 And some purple stuff 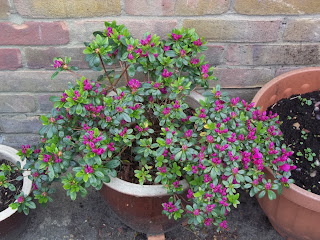 Just returned from the stale bread, gruel and his Maj's food run dahn Tesco, prices are going up so fast by the time you get to the checkout the increases are added to the bill.


A while since the last post, the old left handed brain cell has been a bit foggy and there hasn't been much to write about.


And to be honest there still isn't.

The main "news" item seems to be 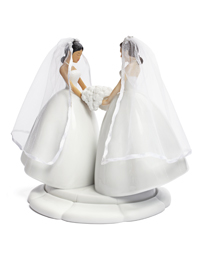 The ongoing saga of the shit shovers and pussy pummellers "right" to wed, which is causing a bit of a hoo-ha in the Millionaires Club Coalition ranks, while the rest of us are more concerned with paying the bills and affording food "they" seen to think that this "bill" will attract the younger generation to the Tory cause so that Dave and his non gay mates will return to power at the next election.


Does anyone really give a culled Badgers bollocks?


All across buggered Blighty 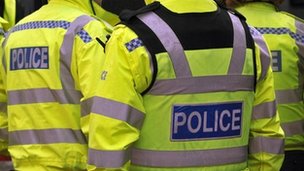 Quite a lot of plod are doing rather well, apparently almost 5,000 retired police officers who have been re-employed by their old force are receiving both a pension and a salary paid by us.
Allegedly they are ‘double dipping’ into the public purse by receiving both a generous monthly pension and a salary from their new job, with one force having more than one in five of all civilian staff jobs carried out by former warranted officers.
Among those senior officers ‘double dipping’ is Andy Trotter, the Chief Constable of British Transport Police, who earns £150,000 at his current job and receives a further reported £70,000 a-year in pension, having retired from another force.


A spokesman for the Police Federation said retired officers who went back to work for their old forces were providing a benefit to the public.
“If a retired officer wishes to do a civilian post this is not only beneficial for the service but also the public as it retains the knowledge and skills gained and uses these in a complimentary and important support function.” 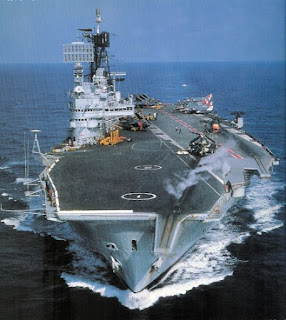 To Pompey: Large crowds are expected to gather later to watch aircraft carrier Ark Royal leave the port for the final time.
The Royal Navy's former flagship was decommissioned early following the 2010 defence review and is being towed to Turkey for scrap.
As part of a £2.9m deal she will go to the same yard that took her sister ship Invincible.
Former crew members are expected to watch as she leaves at about 13:00 BST.

A sad day for the Navy and Blighty... 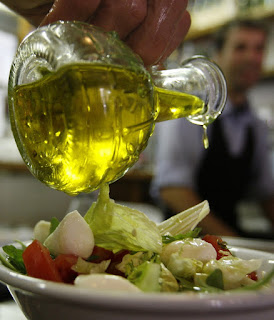 From January 1, 2014, eateries will be banned from serving oil to diners in small glass jugs or dipping bowls, and forced instead to use pre-sealed, non-refillable bottles that must be disposed of when empty.

The European Commission said the move is designed to improve hygiene and reassure consumers the olive oil in restaurants has not been diluted with an inferior product.


Nice to see that they have their priorities right..... 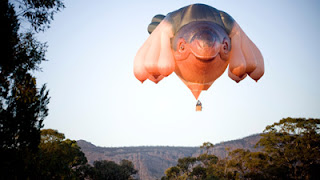 A controversial British-made hot air balloon takes to the skies this weekend to commemorate the 100th birthday of Australia's capital city.
Dubbed the Skywhale, the colossal creation was designed by artist Patricia Piccinini and built by Cameron Balloons in Bristol.
With its turtle-like face and ten huge udders, the Skywhale has divided opinion, as has the £192,000 cost of the project.
It is 34 metres long - twice the size of an average hot air balloon - and took 16 people seven months to make.
Ms Piccinini sent her 3D model of the Skywhale to Cameron Balloons last year who imported it into their design systems.
Cameron Balloons then transferred the colours, patterns and textures of the design onto 3,535 metres of fabric.
Ms Piccinini said: "It is such an amazing chance to make something so massive and wonderful. 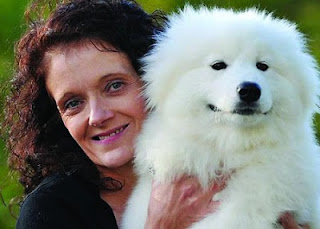 Tiffany Evans was about to take her children to school when her Samoyed Harry brought her a "present". "Harry came running to the back door with what I assumed was a stick in his mouth. He stopped and gave it to me and I thought: 'It looks like a stick of dynamite'," she said.
Mrs Evans put the explosive aside and took the kids to school before returning to investigate. She then took the explosive into the family's road machinery factory at the rear of her property in Haven - south of Horsham in Victoria's west.
After emailing photos to friends and searching the internet, Mrs Evans was sure Harry had brought home either dynamite or gelignite.
Police were called in and photos sent to the bomb squad.
"The officers asked that no one got within 10m of it," Mrs Evans said.
After a tense wait the explosive was revealed to be a large fire cracker.
The cracker has been put in a mechanic's pit in the family's factory until they can work out how to get rid of it.


The "Interesting" bit is " Mrs Evans put the explosive aside and took the kids to school before returning to investigate."


That's it: I'm orf to upgrade the desktop computer


And today's thought:
Now that I have my pension and a job we can afford to get married. 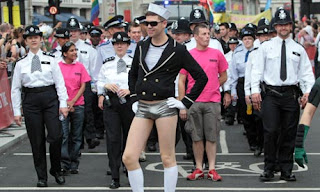