Dull, dingy but not damp at the Castle this morn, been having a clear out; oodles of stuff to take to the “recycling” centre, I don’t where it all comes from, I reckon someone is breaking in and leaving it....

Apparently our dear old NHS has gorn all equal and diverse 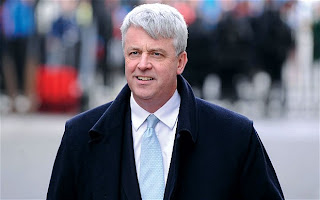 The NHS has funded a "human rights week" with dozens of events including a photographic exhibition to celebrate transgender staff.
Hundreds of managers and front line workers are due to attend conferences and workshops on equality and diversity this week.
The events include two all-day conferences involving at least 170 health care managers.
At least 170 NHS managers working in human resources and leading programmes in equality and diversity are due to attend full-day conferences in London and Manchester. The fee of £199 per place – more than £30,000 in total – is expected to be paid by the NHS trusts which employ them.
In addition, NHS Rotherham will host a week-long exhibition of "inspiring images" which promises to "celebrate the lives of transgender staff and patients".
And NHS North West is promoting an "awareness raising timeline" to commemorate homosexual and transgender doctors and nurses.


And despite the lack of Khaki clad personnel 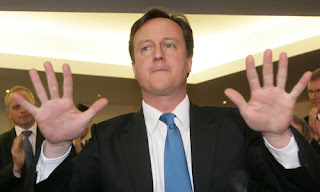 U-Turn cam is thinking about deploying British military personnel to Syria to “pressure on the Assad regime over human rights abuses”
According to shit for brains Dave “Britain is prepared to contribute officers to an enlarged international monitoring mission in Syria”
UK assistance to Assad’s opponents includes providing communications equipment which the Government says will allow human rights workers to document and communicate abuses taking place in Syria.

Protecting the human rights of oil....that’s a new one....

East to the land where my motor comes from 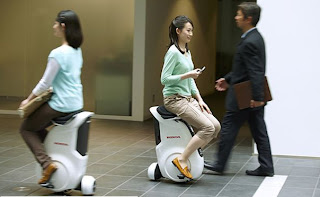 The Honda Uni-Cub is a battery-powered, two-wheeled mobility device that is able to ferry people at a top speed of 6 kilometres per hour.
Using gyroscopic balance control technology and an Omni-directional driving wheel system – similar to that of a Segway? Riders can control speed, turn, stop and move in any direction by the nimble shift of a bum cheek.
Powered by a Lithium-ion battery, the machine can manage a distance of 6km before needing a recharge.
And a just 74cm high, perching passengers will nearly be at eye-level for those who can’t be arsed to walk.


West to the place that still has Golden Eagles 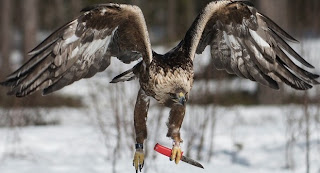 This one stole a knife from a nature photographer, and nearly made off with its newfound weapon.
Dutch photographer Han Bouwmeester was in Västerbotten, Sweden, hoping to grab some unique photos of the local birds of prey, and cut up some meat to attract the predators.
And he got his wish, a golden eagle swooped down and picked up the knife Bouwmeester and his colleagues had just used and flew orf with it.


All it needs now is a fork and spoon to complete the set....

Somewhere over the smog layer 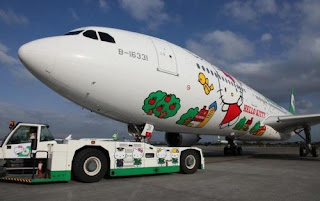 EVA Air airline has designed two of its planes with a Hello Kitty motif. And it will soon add another plane to its Hello Kitty fleet.


Those who take the Hello Kitty-themed airplanes will be “delighted” to see that everything inside the plane has Hello Kitty on it, from the flight attendants’ uniforms to the food they serve. Even the tickets and boarding passes are printed with Hello Kitty designs.


The partnership between EVA and Sanrio started in 2005, when EVA Air acquired the license from Sanrio to use Hello Kitty in its planes.

Not quite the pussy I had in mind... 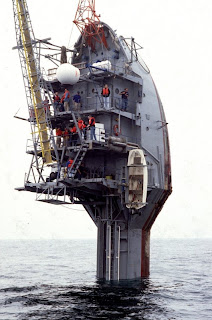 The U.S. Office of Naval Research owns a very strange piece of oceanographic equipment. It’s called the Floating Instrument Platform (FLIP), conceived and developed by the Marine Physical Laboratory (MPL) at the Scripps Institution of Oceanography, University of California. FLIP isn't a ship, even though researchers live and work on it for weeks at a time while they conduct scientific studies in the open ocean. It is actually a huge specialized buoy. The most unusual thing about this ship is it really flips.

FLIP is 355 feet (108 meters) long with small quarters at the front with a long hollow ballast do da at the end. When the tanks are filled with air, FLIP floats in its horizontal position. But when they are filled with seawater the lower 300 feet of FLIP sinks under the water and the lighter end rises. When flipped, most of the buoyancy for the platform is provided by water at depths below the influence of surface waves; hence FLIP is a stable platform mostly immune to wave action. At the end of a mission, compressed air is pumped into the ballast tanks in the flooded section and the vessel returns to its horizontal position so it can be towed to a new location.
During the flip, everyone stands on the outside decks. As FLIP flips, the decks slowly become bulkheads and the bulkhead becomes the deck. Most rooms on FLIP have two doors; one to use when horizontal, the other when FLIP is vertical. Some of FLIP's furnishings are built so they can rotate to a new position as FLIP flips. Other equipment must be unbolted and moved. Some things, like tables in the galley (kitchen) and sinks in the washroom, are built twice so one is always in the correct position. The entire flip operation takes twenty-eight minutes. When FLIP stands vertically, it rises more than five stories into the air.

That’s it: I’m orf to have butchers at Centaurus 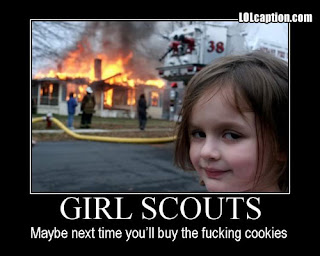