Cold, claggy and calm at the Castle this morn, the kitchen is half full of broken whatnots, the lawn needs mowing after all the sky water and I have had to rearrange the furniture because his majesty has discovered how to jump on the mantelpiece and knock everything orf.
I finally managed to recover 24 and a half Gbs of “lost” data, I now have the last three years blogs, all my pictures and other documents, it only took me three hours and a lot of tweaking, just the emails to do now-I hate computers.
The Guardian has decided to publish the “Whitehall list” 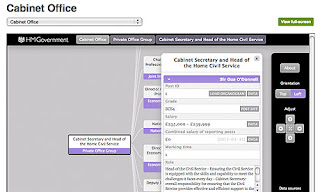 It is down the bottom of the page, have a read if you want to ruin your day....
Atheist what’s his name is thinking of sending his spawn to a catholic school. 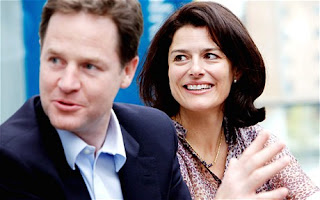 Thingamy, who has spoken of his opposition to faith schools, is understood to have toured the London Oratory, the state school to which Tony Blair sent his sons.
The Oratory is one of the most sought-after schools in the country and Mr Clegg is considering sending his three sons there even though there are several secondary’s, including a Catholic one, closer to his home in Putney, south west London.
I do like a hypocrite, except this one.
Up in the cold bit of the world

Natalia Avseenko, a Russian scientist, allegedly stripped naked and swam with two white whales in the Arctic to tame them before they were sent to an aquarium.
Her frigid tale was reported in the Daily Mail, which said she survives the dangerously cold waters through meditation and her background in yoga.
It's necessary for her to bathe au naturale, because marine biologists believe the beluga whales do not like to be touched by artificial materials, the Mail reported.
The aquatic ballet took place in the Murmansk Oblast of the White Sea off the coast of Russia, the British tabloid said.
With sub-freezing temperatures at -1.5 Celsius or 29.5 Fahrenheit, the Daily Mail claimed that Avseenko held her breath underwater for more than 10 minutes.
Yet the newspaper didn't report what she did during the icy encounter to domesticate the mammals for their future lives in captivity.
She can come round and whisper to my Moby Dick anytime she wants to......
Left a fair tonk 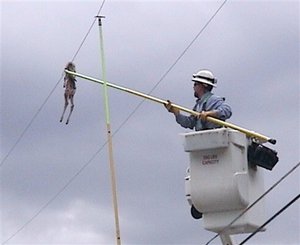 A Montana resident says an energy company has identified the cause of a brief power outage as "deer with wings." Lee Bridges says she was outside with her dogs around the time the power went out when a North-western Energy truck pulled up; giving her a chance to ask the driver what caused the problem.
She says he pointed up and said, "Apparently, we've got deer with wings."
Bridges looked up and saw a dead fawn on a power line.
It's unlikely the animal had an accident while trying to make like distant-cousin Rudolph. Bridges suspects that an eagle dropped its prey and couldn't retrieve it.
The lineman who removed the carcass from the power line said he'd never seen anything like it.
The good thing is it was already cooked......


Right even more of a tonk 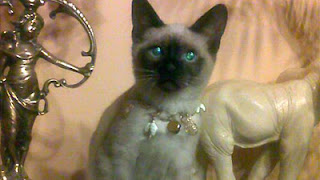 A cat burglar who broke into a home and stole a schoolboy's pet cat has demanded a £1 million ransom for its safe return.
Caesar is a rare Mekong Bobtail cat but its owner - 12-year-old Dawid Kisielewski - says the pet is not worth more than £500.
Caesar was nabbed last month from the youngster's home in Myslowice, Poland.
Dawid had almost given up hope after putting up posters all over town, when the family suddenly got the mysterious ransom phone call.
"He has been beside himself with worry - he loved Caesar," said mum Jolanta, 40.
The family said it had received a phone call from a man saying he had the cat and would return it safely for £1m.
Now police say they will do all they can to find the cat-napper.
"Someone who demands a ransom for the misappropriation of property belonging to another can get three years imprisonment," said police spokesman Ryszard Padua.
Here kitty, kitty....
And finally:
A fishy tale 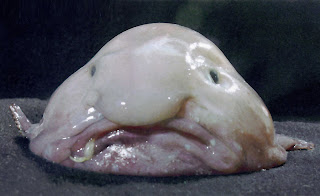 British anglers have been banned from using white bread as bait because it makes fish fat, it has been claimed.
A fishery has become the first in the country to veto white bread amid fears it is unhealthy for the fish.
Instead, fishermen have been urged to cast out pieces of whole meal and granary bread into lakes.
Experts say white bread lacks the protein that brown slices contain and too much of it leaves fish bloated, lethargic and with bad guts.
Anglers tend to throw bait onto the surface of the water to attract fish like carp to their "peg" on the bank and bread is often a popular choice.
White bread has also been commonly used as a hook-bait for centuries and is even referenced in the fisherman's Bible The Compleat Angler by Izaak Walton in 1653.
But a fishery in Hampshire has become the first in the country to take the unusual step of banning it because of the poor dietary effects it has on the fish.
Best thing since........?
That’s it: I’m orf to examine my green ring.
And today’s thought: Die dulci fruere.
Angus
Posted by Angus Dei at 07:44 5 comments