Calmish, dryish, warmish and just a hint of solar activity at the Castle this bank holiday morn, I’m orf to Tesco when it opens and his Maj is now bringing me frogs during the light thing and very, very large moths when the dark stuff descends.
All across “no war on motorists” Blighty 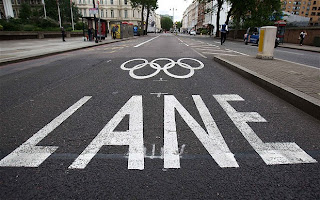 Councils have lobbied the Government for the right to fine drivers who make illegal turns, encroach on yellow boxes or drive in bus and cycle lanes.
Ministers indicated they were “sympathetic” to the plans amid growing concerns from motoring groups that councils would use them as a “cash cow”. The Coalition had promised to end the “war on motorists” when it came to power.
Local authorities already have the power to fine motorists for parking illegally. However, they now want the same powers as authorities in London to fine motorists for other offences.
It is understood the Department for Transport has been in discussions with 20 councils about giving them the new powers. They include Birmingham, Brighton and Hove, Bristol, Leeds, Liverpool, Manchester, Newcastle, Nottingham, Plymouth, Reading, Salford, Sheffield and Southampton.
In London, local authorities used their extended powers to fine 800,000 motorists last year, raising at least £50 million. The revenue was on top of at least £250 million in parking fines.
Motorists already pay more than £330m in parking fines to town halls, which has spawned a lucrative enforcement industry for wheel clampers.
In 2003, London councils were given the right to fine motorists for traffic offences. The Local Government Association is lobbying for the powers to be extended to the rest of the country.
Peter Box, chairman of the LGA’s Economy and Transport Board, said: “Very little is currently done to stop the minority of inconsiderate drivers who block cycle lanes and bus lanes, pull up in cycle boxes at traffic lights and clog box junctions causing long tailbacks in rush hour.
“Not only do these needless infringements cause frustration to responsible motorists, they can also put cyclists at risk by forcing them into busy traffic

Left many, many imperial yards 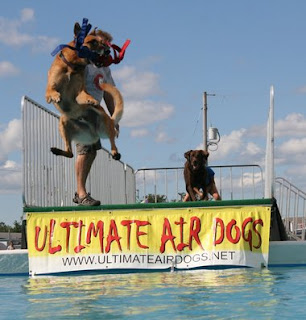 At the Richmond county fair on Staten Island pigs have been replaced by flying dogs in order to minimise the risk of swine flu.
The ‘Labor’ Day weekend festivities this year will scrap pig races -- a decades-old tradition at the fair -- in favour of an act showcasing talented local pooches running down an elevated plank and diving into the water.
"It's like the doggy Olympics. These are amateurs. They will dash down a raised dock, leap into the air, and they are judged on a variety of different ways: They can catch things, on distance, height," said Ed Wiseman, executive director of Historic Richmond Town.
The canine spectacle will be hosted by Ultimate Air Dogs -- a national travelling show owned and emceed by former Detroit Tigers pitcher Milt Wilcox.

Still in home of the abandoned and the land of food 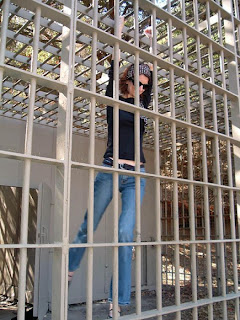 In a quiet area of Griffith Park in Los Angeles, you can picnic in a bear grotto and climb inside abandoned monkey cages. If you have ever wondered what you appear like to the animals in the zoo, this abandoned LA zoo is your chance to find out.
The site of the first Los Angeles zoo, the zoo opened in 1912 with 15 animals. Many of the enclosures were built in the 1930’s by Works Progress Administration crews and were made in the iron bars/pacing animal style that was standard for zoos of that era. The zoo was abandoned in 1966 when the current zoo opened.
Today the cave enclosures have now been outfitted with picnic benches and grills. A trail leading up from the caves gives you a zookeeper’s view of the lion’s den and leads to ever more abandoned cages, and giving one an eerie feeling of what it is like to be on the other side of the bars.

Back up to the big bit of round fruit 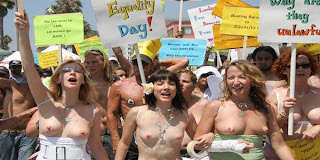 Some two dozen topless women protested in a New York City park on a hot, sweaty Sunday as part of what they called "National Go-Topless Day" to draw attention to inequality in topless rights between men and women.
The topless women drew crowds of onlookers who took pictures and video with their cell phones.
"We say there is nothing wrong with the female nipple," Karen Heaven, an organizer of the event, told the crowd that quickly formed around her in Manhattan's Bryant Park. She was wearing white pants and not much else besides a purse over her shoulder. "My dog has six, I have two, but I can be put in jail for showing my nipples. It's 2012 -- what are we thinking?"


Across to the place James T Kirk came from 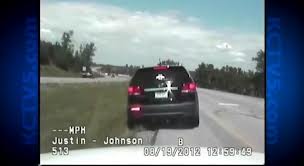 An Iowa woman whose accelerator got stuck as she drove up Interstate 35 in Missouri managed to control the vehicle even as speeds topped 110 mph and she was forced to the median several times to avoid other drivers, the Missouri State Highway Patrol said.
Patrol spokesman Sheldon Lyon praised Lauri Ulvestad, 47, of Ames, Iowa, for not crashing her 2011 Kia Sorento as she weaved through traffic and a construction zone with no way to slow down.
"Not only to drive fast, but to go into the median, pull back up into the passing lane and hit that asphalt lip -- and not overcorrect -- it was really amazing to see her do that repeatedly," Lyon said.
Ulvestad was driving north on the interstate near Bethany, Mo., on Sunday when she realized her accelerator was stuck. Panicked, she called 911 and soon two state troopers caught up with her. One pulled in front of her to alert traffic ahead, while the other stayed behind her.
Lyon said the three cars covered 59 miles in 35 minutes before the woman's vehicle suddenly slowed and came to a stop on the inside shoulder near Osceola, Iowa, about 40 miles north of the state line.
Ulvestad told KCCI-TV in Des Moines, Iowa, that as she passed Osceola she was told to lift up the accelerator and push on the brake.
"And so I did that, and it slammed me from 119 mph to like nothing," she said.
Irvine, Calif.-based Kia Motors America Inc. issued a statement Friday afternoon saying it has inspected Ulvestad's vehicle but hasn't been able to identify the problem that caused her accelerator to stick.
"Our technicians have been unable to duplicate the issue and this appears to be an isolated incident. KMA will continue to investigate and analyze the facts of this situation and will work with the customer to resolve the matter in a timely manner," the company said.
Kia said it has provided Ulvestad with alternative transportation and is working with her to resolve the issue in a timely manner.


Note to self-do not buy a Kia Sorento...

That’s it: I’m orf for a planet sized snack.

And today’s thought:
Slap a ticket on that... 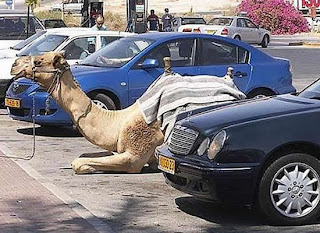