Lots of scrapey, scrapey stuff on the Honda, even more solar stuff, not a cough of atmospheric movement and a dribble of condensed skywater at the Castle this morn, the saga of the study is finally coming to an end-just a few more trips to the “recycling centre” a dash of furniture movement and I can close the door on the bleedin place.


As the wevver was clement-ish yesterday I took a day orf and went somewhere nice for a while, I must remember to take the camera next time.


And his Maj has discovered the top of the kitchen cupboards. 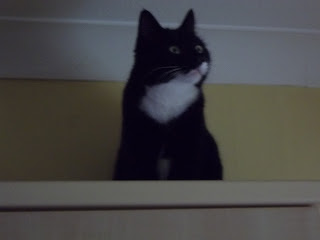 Somewhere in the alternative universe known only to politicians 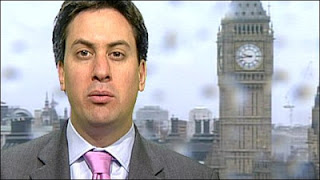 Clone “B” has apparently had a psychotic break and thinks that he is Margaret (I fucked up Blighty good and proper) Thatcher, and is allegedly trying to emulate her appeal as a "conviction politician" at the next general election.
The Ed Mili-band compared his call for an end to the "irresponsible capitalism" resulting from the political consensus since the Thatcher era with the former prime minister's economic reforms following the 1978-79 "winter of discontent".
And reckons that in his quest for radical change, he was inspired by his late father, Ralph Miliband, a Marxist academic.

Make your fucking mind up Tosspot...

And all across buggered Blighty

According to “Power firms” a new government “green” charge will add significantly to household energy bills, the energy industry has accused ministers of underestimating the impact on households of its Energy Company Obligation (ECO) rules.
They will force companies to provide energy efficiency technology and home improvements to low-income households and others considered to be at risk of fuel poverty.
The scheme, due to start next year, will oblige firms to fund expensive modifications including cavity wall insulation.
Energy firms say ministers have understated the costs of the work, which will be recouped from other customers.
Energy UK, which represents the industry, is expected to publish a report by independent economic consultants suggesting the scheme will add as much as £50 to the average household bill.
That contradicts assurances from the Department for Energy and Climate Change, which is insisting that the changes will not mean additional costs for consumers. 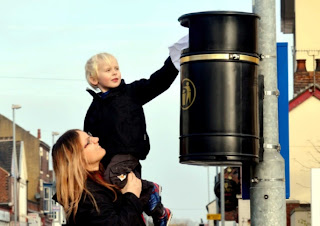 Council staff have removed a litter bin - after installing it around seven feet in the air attached to a bus stop sign in London Road, Stoke on Wednesday afternoon.
Don’t know why she is bothering, that Kiddly will never fit in the slot....


Left over the big, not quite so windy thing on the left and West even more 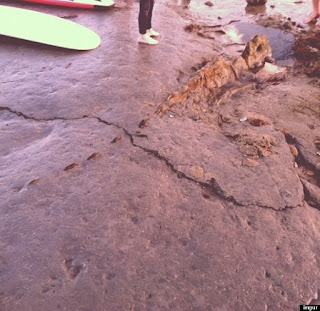 Some surfers made a discovery near Santa Cruz, Calif., yesterday, when they found what looked to be a fossilized row of vertebrae jutting out of some rocks during an "extremely low tide."


Apparently the bones are from an “extinct” Whale.


One surfer, Reddit user "Donkahones," snapped a picture of the old bones and uploaded it to the social news site with the light-hearted headline, "So I went surfing and saw a dinosaur." 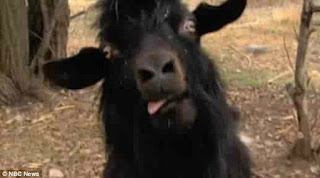 14-year-old Jason Gessel was cycling along throwing papers into front gardens on his routine paper route when he was viciously attacked by Voldemort, the 18-month-old neighbourhood fainting goat In Smithfield, Utah.
Voldemort forced Gessel off his bike by head butting him, and then trampled him with his hooves.
“”It just freaked me out when it stood up on its hind legs and just wrapped its front legs around me and pulled me off,’” recounted Gessel.
The paperboy managed to get away but was then chased up a tree by Voldemort where he remained until being rescued by local police. 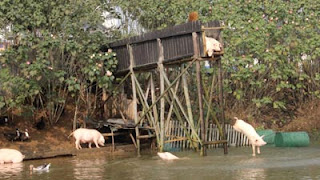 According to Huang Demin a farmer in Guanshan village, Ningxiang County, in China’s Huang Province encouraging his pigs to dive headfirst into a pond each day makes them taste better.
And reckons that his diving pigs also bring visitors flocking to his farm. He built a 10ft tall wooden diving board close to his pigsty so his livestock can enjoy a dive into the pond every day.
He thinks it makes the animals grow healthier and faster - and says they love it, although some of them need a gentle nudge.
And Huang says their aquatic antics improve their flavour so much he is able to charge three times the price of normal pork for their meat.


No wonder bacon is so bleedin dear....


That’s it: I’m orf to connect my left handed brain cell to my cursor 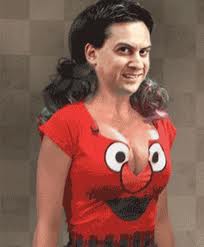