Up your grub: Psychopathic kiddlies: Paper rip orf: and another Plonker.

Loads of solar activity, even more lack of warm stuff and twice as much lack of atmospheric movement at the Castle this last day of summer morn.


No post yesterday, the old sinusitis do-da flared up on Tuesday=the falling dahn and lying in vomit thingy= a trip to my general medic=anti dizzy stuff and some “new” antibiotics lovingly known as Doxycycline which could have some “interesting” side effects such as not being able to the enjoy the Last of the Summer Wine in the garden, blurred/double vision, watery diarrhoea and my favourite rash or itching around the rear exit and dangly bits.


Hence the truncated bit of rambling today-just in case.


But there are a few “news items” I would like to bring into the light from my sick bed.

According to The World Bank

Global food prices have leapt by 10% in the month of July, raising fears of soaring prices for the planets poorest.
The bank said that a US heat wave and drought in parts of Eastern Europe were partly to blame for the rising costs.
The price of key grains such as corn, wheat and soybean saw the most dramatic increases, described by the World Bank president as "historic".
The bank warned countries importing grains will be particularly vulnerable.
From June to July this year, corn and wheat prices each rose by 25% while soybean prices increased by 17%, the World Bank said. Only rice prices decreased - by 4%.
The G20 group of leading economies has said it will not take any decision on joint action until after the US agriculture department's September estimate of this year's harvest.


I’m orf to procure an allotment...


And apparently researchers have discovered that 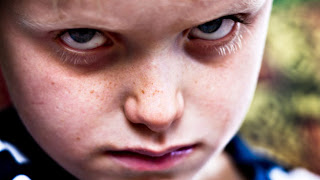 Around one in 100 children in the UK could be a psychopath, they are liable to lie, cheat, manipulate and commit acts of remorseless cruelty.

Appealing to their sense of fair play and conscience is a waste of time because they lack empathy.

So too are standard punishments such as "time out" which involves brief periods of isolation such as sitting in a corner or on a "naughty chair".

Psychologists are only now starting to recognise that psychopathic children, described as callous-unemotional (CU), form a distinct sub-group.

Unlike most children who display anti-social behaviour, they are not primarily products of bad parenting, according to Professor Essi Viding from University College London.


Prof Viding, who will give a talk at the British Science Festival next week, said between a quarter and half of children with conduct problems may fall into the CU category. That amounts to slightly less than 1% of all children. 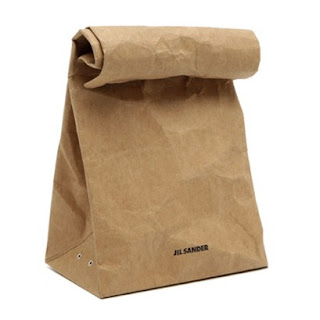 Jil Sander's menswear autumn/winter 2012 'Vasari' bag is possibly the world's most expensive paper bag.
Following on from spring/summer 2011's sell-out acetate shopping bag, Jil Sander is now flogging a glorified brown paper lunch bag for a whopping £185.
The bag, which is made of '100 per cent coated paper' and features stitched seams, was carried by office-ready male models during the designer's autumn/winter 2012 menswear show in January, and has proved such a hit that it's been selling out all over the world.
Independent London boutique LN-CC is the only UK stockist of the bag and has already sold out of their stock quota of the medium-sized version just three weeks after it first went on sale. Similarly, it's no longer available on Jil Sander's official ecommerce site, and the brand was reportedly forced to ask for stock back from outside retailers as they were running low. But, you can still pick up the smaller version; although it will still set you back £175.
There's a more luxurious leather version too, but you'll be left with little change from £500.


Or you could use an old Tesco carrier bag like I do, and spend the £185 on a gallon of go juice, a loaf of bread and a frozen chicken....


Right to the Eastern part of what is left of Europe 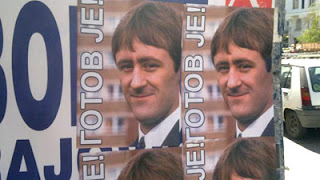 Only Fools and Horses fall guy Rodney Trotter is being used in a political campaign to show up a mayoral election candidate as a right plonker.
Pictures of actor Nicholas Lyndhurst - who plays Del Boy's hapless brother in the TV comedy - have been plastered up all over Novi Sad, Serbia, to humiliate current Mayor Igor Pavlicic.
Local critics have dubbed the Town Hall leader 'Rodney' because they say his ducking and diving makes him just like his namesake on the hit show.
"He looks like him and he acts like him too. The show is very popular over here so everyone knows who we mean," explained one critic.


We have more than a couple of Rodney’s up in the leaning tower of burning Westminster.

That’s it: I’m orf to invent something


And today’s thought:
99% of pets are psycho 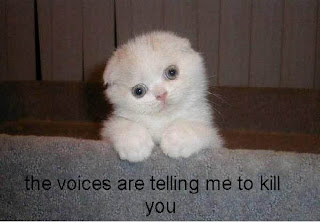