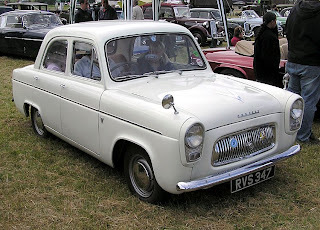 In my post on - OLD CARS I said that we stuck with Hondas’ but, I was watching “On the Buses yesterday” and it reminded me of another couple of cars we had, I can’t remember when but it must have been the mid seventies.

The film reminded me of the time we went to Windsor Safari Park on the day it opened, and we had a Ford Prefect, the only ford I have ever owned,

Mainly because when we were going through the lion enclosure the bloody thing broke down, and wouldn’t re-start, we sat there with lions all around us and, I kept “tooting” the horn.

I could see the “Rangers” and they could see us, but they seemed to think it was funny and took ages to come and rescue us, by which time I had started the car and driven out.

Apart from that heart stopping moment we had a great day, they had dolphins doing their bit and a Killer Whale, which leaped out of the pool and managed to soak about half of the audience when it landed.

We got really close to the Elephants and Giraffe, managed to drive all the way through the Rhino enclosure, and lost both windscreen wipers in the Monkey enclosure.

Needless to say I sold the Ford soon afterwards, it was an awkward thing to drive any way, it only had three forward gears and reverse was where you would expect first to be, which gave a few scary moments when trying to pull away from traffic lights. 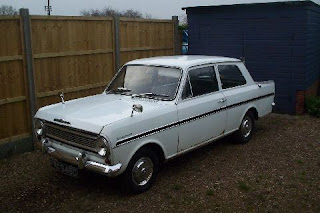 The other-other car was a Vauxhall Viva HL I think, and to be honest it was the worst car I have ever driven, the electrics were about a reliable as the weather, the fuel gauge would change minute by minute, from empty to half to full and back to empty.

The number of times we ran out of petrol in the damn thing was countless.

The temp gauge was just as bad, it blew headlight bulbs almost weekly, and it rusted away before your eyes and the timing chain rattled like the ghost of Christmas past.

That one didn’t last long either.

Perhaps that is why I didn’t mention them before, having a pair of lemons is nothing to reminisce about.