Dorries does the Lash: Up your executive pay: One is amused: Skiing Santa’s: and Moved to move.

A whimsy of skywater, a breath of atmospheric movement, a rise in the lack of cold and not a bleedin sign of solar stuff at the Castle this morn, just returned from the stale bread, gruel and his Maj’s food run dahn Tesco, more than usually infested with internet robots, apparently there is something called Crimbo on the horizon. 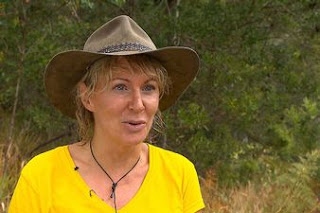 Has sadly come back  to blighted Blighty and is apparently going to return to the Turdyparty lash very soon.
Nadger Nadine who met with Chief Lash Sir George for a brief 15minute meeting last week reckons that she was given permission to take a holiday by the former chief whip Andrew Mitchell, although Mr Mitchell said he did not know why she need the time away from the Commons.


But allegedly senior party sources said that, while it was a matter for Sir George Young, the chief whip, she had not done enough to make amends with fellow Tory MPs.


Oh dear; maybe if she chewed on a few more lamb’s testicles and ostrich anus’s they will relent...or not....

According to The High Pay Centre think tank 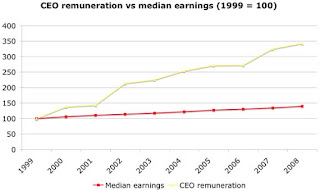 The average pay of chief executives trebled over the past decade, in the face of the banking crisis, recession and public anger over bonuses.
And.......the pay of company executives has increased by an average of 12% in the last financial year.
Deborah Hargreaves, director of the High Pay Centre, said: "There has been no clear change in the boardroom culture and no recognition that these pay awards are unacceptable. "It's wrong that Britain's bosses are taking home more and more money as their companies shrink, their employees are squeezed and jobs are being lost. "Chief executives are hoping that their big bonus and their inflated rewards culture will escape attention now that the banking crisis has passed. "These pay increases are damaging to the economy and to the morale of Britons struggling to make a living." Most of the growth in top pay in recent years has been in bonuses, shares, long-term incentive plans and new "innovative" wage structures, the report said.
A Department for Business spokesman said: "We have taken firm action to reform the framework for executive pay, so that shareholders have the right tools to challenge companies when pay is excessive.

Yeah right: so why is Andrew Morris the CEO of Grimly Dark Orspital earning more than the Prime Monster?

And the old Nags hubby 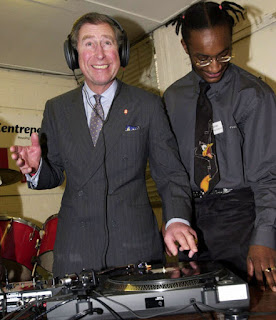 
A photo of Prince Charles trying his hand at DJ-ing has been voted the funniest royal picture of all time.

The snap of the heir to the throne wearing massive headphones and spinning the decks topped a poll. 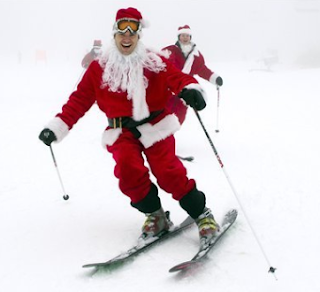 A bunch of Santa’s has hit the slopes at a Maine ski resort.

Nearly 300 skiers and snowboarders decked out in red and white were gathering at the Sunday River resort for the annual "Santa Sunday" event. Spokeswoman Darcy Morse says 292 of them pre-registered.

Those who participated showed up in a Santa outfit and donated $10 or more to the toy drive. Participants got to ski free for the day and receiving another lift ticket good through to Dec. 14.


I would like to point out that these are not the real Santa; he prefers to use a Stardust Antimatter Propulsion Engine to get about. 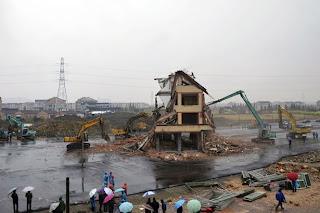 Now it seems that the defiant elderly couple who refused to leave their home, forcing planners to build a motorway around their apartment block, has admitted defeat.
The five-storey building, which stood in the middle of the highway as a symbol of resistance, has been demolished by authorities in China.
Planners in Wenling, Zhejiang province, wanted the apartment block demolished so they could build an access road to a new railway station

The house was eventually bulldozed yesterday after its owner, elderly Luo Baogen and his wife, agreed to accept 260,000 Yuan (£26,000) in compensation.

That’s it: I’m orf to drill a fracking hole in the garden 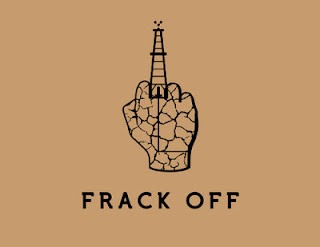