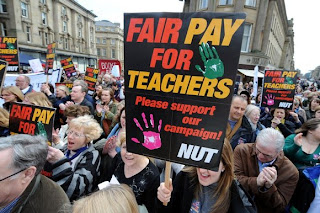 Those who are entrusted with the education of Blighty’s brats are allegedly going to press ahead with industrial action, despite a letter from the education secretary ruling out any retreat over changes to teachers’ pensions and performance pay.
Speaking at the beginning of the National Union of Teacher’s annual conference in Liverpool, general secretary Ms Blower said the union was not backing down.
"We are not rowing back from our position. We have put forward these reasonable demands and we want to talk to him about them," she said.
"Negotiation is about sitting across the table having an exchange and listening to people."


How about listening to the parents and children......


And:
All across snail mail UK 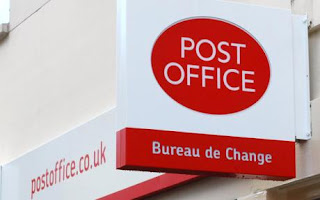 About 2,000 staff at Post Office Crown offices have gone on strike in a row over jobs, pay and closures.
Members of the Communication Workers Union have walked out at 370 sites in a dispute over proposals to close or franchise out 70 of the branches.


The union said the plans would affect hundreds of jobs and be a further blow for already struggling High Streets.


The Post Office said the union was ignoring "harsh realities", with the offices losing £40m a year.


Crown offices are Post Office branches directly managed by the company - as opposed to locally-run by sub-post offices - mainly based in major High Streets.


The Communication Workers Union (CWU) claimed that staff had not had a pay rise for two years.

Neither has anyone else.... 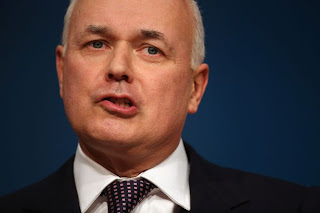 Have admitted that they are no longer seeking to cut Britain’s benefits bill and is simply “managing” the increase in handouts.
The Secretary of the Dept of Witless Pillocks said that, unlike other European nations, the “reality is that this country is not cutting welfare”. He added that “all those on benefits will still see cash increases in every year of this Parliament”.
The Government’s Office for Budget Responsibility has shown that the total benefit bill will be almost £18billion higher in 2015-16 than in 2011-12 – the equivalent of about £1,000 for every household.
He was speaking ahead of the introduction of Universal Credit, which will begin to be rolled out next week and which will initially involve spending more on out-of-work benefits.


And talking of “Universal Benefits” 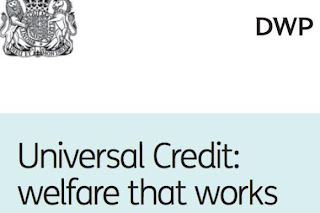 More than 4 million small companies have been told they can miss next month’s deadline for complying with the new Real Time Information (RTI) system, which will underpin the overhauled welfare rules.
Universal Credit will replace several existing benefits in a single welfare payment, and is intended to make sure that claimants are always better off in employment than out of work.
To ensure that work always pays more, Universal Credit payments will be adjusted regularly depending on how much claimants are earning in work. HM Revenue and Customs’ current PAYE system only tracks workers’ earnings on an annual basis.
Under the new RTI rules, employers should report wage payments to staff as soon as they are made – information that will then be used to adjust weekly welfare payments.
The Coalition this week admitted that the first pilot scheme for Universal Credit has been downgraded, meaning only one Job Centre will start accepting claims for the new benefit this month.

Up in Sarf Yorkshire 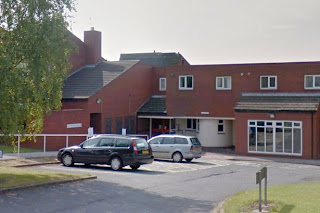 An old folks’ bingo night descended into farce when two rival players had a punch-up.
Police were called as the OAPs in their late 60s traded blows after one accused the other of shouting “house” too early.
The crinkly clash stunned residents and staff ­gathered for the social evening in a community room of the council sheltered ­accommodation.
Officers were called by a housing official as the situation got out of hand.
One of the bingo battlers was given a warning by the council after the brawl at the home in Greasbrough, South Yorkshire.
Community policeman Simon Ellis said: “It was the first call of our evening shift and it’s definitely not the usual type of call we get.
“We spoke to both parties and gave them advice.
“We just said they can’t be acting like that. One of them will be getting a warning from the council. Staff didn’t want her arrested.”
A council spokeswoman said of the punch-up: “We have given one woman a tenancy warning about her future conduct.”


East to the home of Porcus and the land of contraception 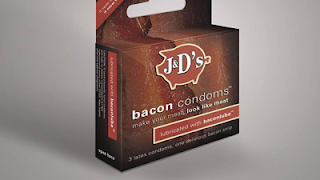 A company has produced what they claim is the world's first bacon-flavoured condoms.
The savoury rubbers not only boast a meaty appearance but are said to taste like bacon and are coated in a bacon lubricant.

Seattle-based JD Foods say the product is for "a discerning bacon-lover that hates the smell of coconut and/or have always wanted to bring even more Bacon into the bedroom".

A statement from self-styled 'Bacontrepreneurs' Justin Esch and David Lefkow reads: "Truly the new standard of animal protein themed prophylactics Bacon Condoms are proudly made in America of the highest quality latex and rigorously tested to help ensure the utmost reliability and safety for when you're makin' Bacon.

"And as an added bonus, each Bacon Condom has been generously coated with J&D's baconlube? an ultra premium Bacon flavoured personal lubricant."


Still in the cross hairs of Norf Korea 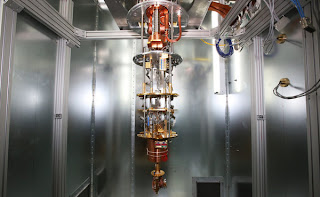 Lockheed Martin has gorn quantum, they have already bought an early version of the computer from the Canadian company D-Wave Systems two years ago —and  is apparently confident enough in the technology to upgrade it to commercial scale, becoming the first company to use quantum computing as part of its business.
Quantum computing is so much faster than traditional computing because of the unusual properties of particles at the smallest level. Instead of the precision of ones and zeros that have been used to represent data since the earliest days of computers, quantum computing relies on the fact that subatomic particles inhabit a range of states. Different relationships among the particles may coexist, as well. Those probable states can be narrowed to determine an optimal outcome among a near-infinitude of possibilities, which allows certain types of problems to be solved rapidly.

That’s it: I’m orf to test out smell-o-vision
And today’s thought:
No ‘Orses in this Chinese grub. 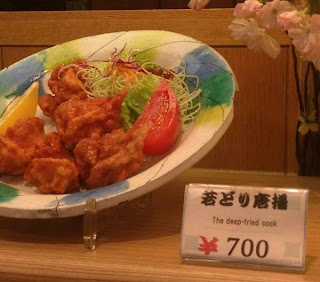 And don’t forget to time travel one hour into the future tonight.