Warmish and more than wettish at the Castle this morn, the fallic glu is still hanging on-I have this urge to buy a Gite and start brewing moonshine, the butler is enjoying the lack of fat teenager insertions into the furnace, and his Maj has discovered the joy of ambush from the kitchen windowsill.

And I popped dahn to a local plant place to replace the mock orange, parking was bit iffy... 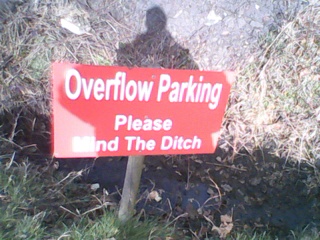 As we look forward to next month’s budget 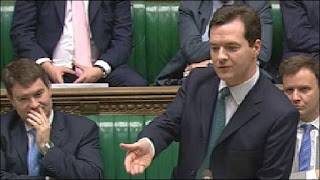 Alien reptile in disguise George (I need hearing aids in both ears) Osborne has allegedly decided that he won’t cut fuel duty.
Diesel prices hit 143.5p this week and a planned rise in fuel duty in the forthcoming budget has led to calls for protests at Westminster next month.
The Chancellor is set to raise fuel duty by 3p in August, after having deferred the rise from January. But his aides have said that the rise must go ahead as planned, in order to fund business tax cuts demanded by many in the Conservative Party. "Petrol prices have remained within a 5p range for some time," an aide to Knob head Osborne told the Financial Times.
"The price is a lot lower than it would have otherwise been if we had not intervened. We have no plans to change what we said at the autumn statement."

I would like to point out that I didn’t vote this load of shirt lifting tosspots into power-then again nor did anyone else... 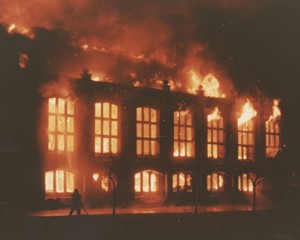 Has come up with yet another spiffing plan-Disruptive children are to be educated in “sin bin” schools that will concentrate on basic skills with longer teaching days.
Ministers will this week announce that the schools, to be known as pupil referral units, will be able to become academies with the power to set their own timetables, curriculum and staff wages.
They are designed to tackle what ministers have branded the “educational underclass”.
Head teachers have already been given powers to make it easier to expel unruly children. It is hoped that the disruptive pupils can be moved more quickly to the special units.

Bet there won’t be a stampede to move to those catchment areas.... 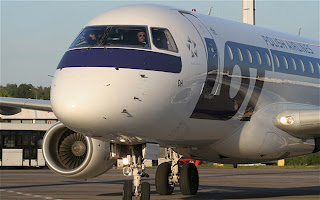 The British Civil Aviation Authority said a LOT Polish Airlines flight from London to Warsaw was grounded when both pilots were found to be over 60.
The agency said inspectors had the flight grounded at London's Heathrow airport and passengers had to wait 5 hours for a reserve pilot to be flown in from Poland after inspectors discovered both pilots were over the age of 60, a violation of international air regulations, The Daily Telegraph reported Friday.
In 2006 the International Civil Aviation Authority required pilots over the age of 60 to be paired with pilots under 60 after it extended the maximum age to 65.

They could always get jobs as plumbers....


East to the land of wooden cutlery 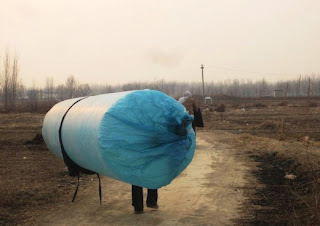 At an oil/gas well near the west end of Huanghe 12th street in Binzhou, Shandong Province, oodles of villagers were using large plastic bags to carry natural gas.
On the morning of the 20th, when reporters first arrived, the oil extraction machinery was operating normally; a gas canister and large gas furnace were beside the machine with no people standing guard. At 10 am, a middle aged woman brought a large plastic bag to the machine. The woman skilfully opened the valve to the gas and connected it to the bag she was carrying; the plastic bag quickly rose and grew to be a 6 meter long, 1 meter wide balloon. After about 4 minutes the bag was full.
According to reports, there is more than one oil well in Binzhou; many other villages near oil/gas wells also had cases of villages self-filling gas. “Some villages directly connect the oil pipe to the village and divide it among the household. Once there was a power outage to the pipeline, uninformed villages continue to use gas to burn stoves, by the time the pipeline came back on, the rush of gas ignited the fires causing an explosion,” recalled an oil worker at Shengli Oil Field in Binzhou.

No wonder my gas bill is so bleedin high….


Back in Blighty where the one eyed man is king 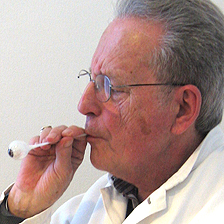 In a tiny room in a north London suburb, Jost Haas makes a glass eye.
He holds a glass tube over a Bunsen burner, twirling it constantly, blows through the molten glass, and turns it into a sphere.
Haas uses coloured glass sticks to match the colour of the eye - not just the pattern of the iris, but the red veins of the sclera.
He also has to make the glass eye fit the shape of Dan's bad eye, and there is only one chance to get it right.
A glass eye is not a large solid marble. It is a hollow half sphere, a thin shell that fits over the non-working eye, if it is still there. Otherwise it goes over a ball that has been surgically implanted into the eye socket and attached to the eye muscles.
Most prosthetic eyes will have a degree of movement.
Haas is from Germany, which has always made the finest glass eyes. He came here in the 1960s. But now he is close to retirement, and when he switches off his Bunsen burner for good there will be no more glass eye makers in Britain.

Thank him/her upstairs for acrylics then...


Somewhere on the interweb 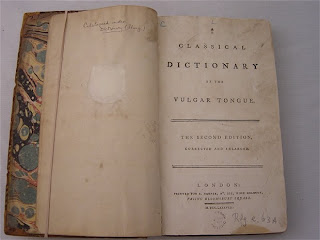 When it was published in 1811 by soldier Francis Grose the Dictionary of the Vulgar Tongue was a hit but now it is getting tongues wagging again after being published online.
It was first available when Britain was under threat from Napoleon but it has now been re-published for free at the Project Gutenberg online digital library.
The book includes gems such as 'ace of spades' for a widow, 'all-a-mort' to be struck dumb, and 'angling for farthings', which means to beg out of a prison window with a cap or box.

ABBESS: Mistress of a brothel.

BABES IN THE WOOD: Criminals in stocks or pillory.

BREAD AND BUTTER FASHION: One upon the other. "John and his maid were caught lying bread and butter fashion."

COLD PIG: Punishment inflicted on "sluggards" who lie too long in bed — pulling off all the bedclothes and throwing cold water on them.

DOCK: Lie with a woman.

GLAZIER: Someone who breaks windows to steal goods for sale.

HEMPEN WIDOW: One whose husband was hanged.

LEFT-HANDED WIFE: Concubine. Based on an ancient German custom where, when a man married his concubine or a woman greatly his inferior, he gave her his left hand.

PIECE: Wench. A girl who is more or less active and skilful in the amorous congress.

QUEER PLUNGERS: Cheats who throw themselves into the water in order that they may be taken up by their accomplices, who carry them to one of the houses appointed by the Humane Society for the recovery of drowned persons, where they are rewarded by the society with a guinea.

RESURRECTION MEN: Persons employed by the students in anatomy to steal dead bodies out of churchyards.

SHOOT THE CAT: Vomit from excess of liquor.

SHY COCK: One who keeps within doors for fear of bailiffs.

ZEDLAND: Great part of the West Country where the letter Z is substituted for S.


My favourite is TWIDDLE POOP- a perfect description of U-Turn Cam, What’s his name Glegg and Alien reptile in disguise- George (I’ve lost my handbag) Osborne.


Should have gorn to Specsavers. 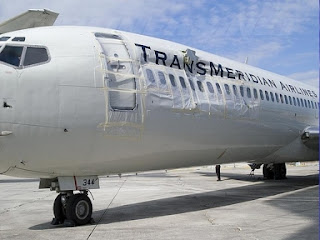