Marmite Marauder; Bet you lose; and Half price house.

An abridged version today, still knackered, brain cell under functioning, and I have decided to forego my weekly trip to the smash and grab for a day or so, I was going to go out today but looking at the weather I don’t appear to be missing much.

Many thanks for all your well wishes and I will get round to replying to comments-honest. 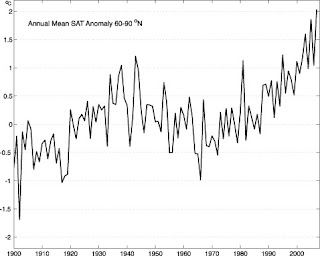 It seems that the Global Warming pundits have taken a setback after a hacker broke into the computers at the Un iversity of East Anglia's climate research unit (Hadley CRU) and released 61 megabytes of confidential files onto the internet.

Perhaps the most damaging revelations – the scientific equivalent of the Telegraph’s MPs’ expenses scandal – are those concerning the way Warmist scientists may variously have manipulated or suppressed evidence in order to support their cause.

No surprise there then.

Love it or hate it 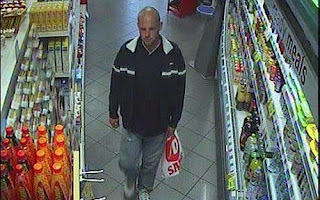 A serial Marmite thief has forced a petrol station in Northamptonshire to stop stocking the spread after he repeatedly stole every jar from its shelves.

The unidentified man has been captured on CCTV during one of these raids, leaving the store with a carrier bag full of the love-it-or-loathe-it condiment during a month long crime spree.

In total he has stolen 18 jars of the £2.79 spread on four separate occasions worth over £50 from the 24 hour W. Grose Shell Garage in Kingsthorpe.

Station manager Jim Keary, 54, who has run the site for 11 years, has now given up hope of stopping the thief and cancelled his order of Marmite.

The thefts always occurred at night, when he could sneak in unnoticed by the two staff members on duty, and even returned for two jars he left behind from one raid the next day.

Mr Keary said: ''We can't work out why he was doing it. Maybe he's got a pregnant wife with really strong cravings. He knows what he wants – one night he took all but two jars then he came back for those the next night.

''Someone suggested that they might be hiding drugs in there. The Marmite would hide the smell.

''We have stopped selling Marmite now because of this. What's the point in selling something, if every time you stock it – it gets stolen?''

The man appears to be in his 30s, with a shaved head, and was wearing jeans, white trainers, a white polo shirt and a black jacket with a white collar and a white stripe across the chest.

Anyone with information should call Crimestoppers or call Northamptonshire Police.

Wonder if he is a secret lemonade drinker as well.

Too hard to say no 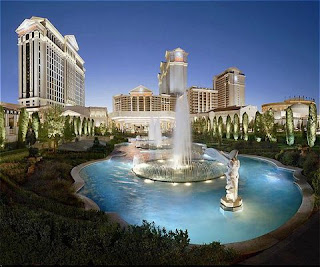 A Las Vegas gambler who lost $112 million (£67 million) in a year, is suing the owner of Caesars Palace, claiming casino staff "milked" him by plying him with alcohol and prescription drugs.

Terry Watanabe, 52, says he lived and gambled "non-stop" at Caesars Palace for six months in 2007, spending a fortune on roulette and slot machines.

After an epic losing streak, he ran up gambling debts of around $15 million (£9 million) and was subsequently charged with theft, to which he has pleaded not guilty.

Mr Watanabe is countering the criminal charges with a civil suit in which he accuses Harrah's, the owners of Caesars Palace, of fraud, breach of contract, conspiracy and negligence.

He claims company executives manipulated him with a "secret intention" of siphoning off his wealth.

Mr Watanabe is a Nebraska-based philanthropist and the former owner of Oriental Trading Co, a huge direct marketing company for novelties and party items.

He has also filed a complaint with the Nevada Gaming Control Board and says he staked a total of more than $825 million (£495 million) in 2007 at Caesars Palace and the Rio casino, also owned by Harrah's The complaint says: "Mr Watanabe was an obvious gambling addict and Caesars and Harrah's senior management made a conscious decision to exploit his well-known addiction."

Mr Watanabe alleges that casino employees provided him with prescription painkillers that, combined with an endless flow of alcohol, "rendered him utterly intoxicated and unfit to gamble."

Harrah's, the world's largest gambling company by revenue, is adamant there was no wrong-doing.

A spokesman said: "We have a long-standing history of responsible and ethical practices.

"We're licensed in more jurisdictions than any other gaming company. We stand by our record." 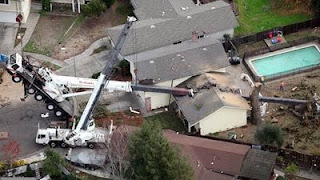 A Californian couple got the shock of their lives when they returned home to find a 90ft crane had cut their house in two.

The crane had been trying to move a 150-year-old oak tree, but it was too heavy and the crane toppled backwards.

Nobody was in the house in Santa Rosa at the time and nobody was hurt - a dog in the garage was also unharmed.

Michelle and Kevin McCarthy returned to their home about an hour after the accident.

He said: "I think we're just in shock right now."

Neighbour Alisa Dales, who was standing nearby when the crane toppled, said the accident happened in 'slow motion'.

"The whole crane and truck started to go over," she told Press Democrat.

"It was like slow motion, and then it went boom. It was the loudest noise I've ever heard."


The insurance claim should be interesting,