A touch of skywater, a whimsy of white fluffy stuff, a memory of lack of cold, an absence of atmospheric movement and less solar stuff than you could shake an icicle at, at the Castle this morn.


Just returned from the stale bread (still £1.45) gruel (now 89p) and his Maj’s food (up to £3.68) run dahn dobbin’s deli (otherwise known as Tesco), usual mayhem, many, many interweb robots cruising about grabbing everything in sight for those too idle to get orf their arses and do their own shopping. 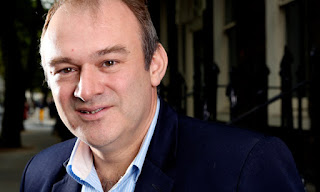 And especially Energy Secretary Ed Davey wants us to provide up to £4bn to meet the cost of any of the six leading energy suppliers going out of business, although the collapse of one of the major groups is rated as highly unlikely the Government wants contingency plans in place to safeguard against the risk of consumers being left in the dark and the economy suffering.
“Four of the six – EDF of France, E.ON and Npower of Germany and Scottish Power, owned by Iberdrola of Spain – are subsidiaries of powerful global groups, while UK businesses Centrica and Scottish & Southern Electric are big players in their own right.
The commitment of the foreign-owned groups to the UK market is not being questioned but analysts feel the Government does not want to find its self helpless if the parent faces a crisis and the UK subsidiary suffers.”
But a cost recovery programme outlined in an Energy Department consultation paper on the issue, open for comments until March 15, shows how the rescue costs could trickle down and leave consumers saddled with paying for the rescue for five years.
Under what the department says is the worst case and least likely scenario household bills could rise by between £7 and £32 a year on average over the period, equivalent to a maximum contribution of £4bn on the basis of 25.5m households in the UK.


Nice: Now who was it that sold orf our nationalised Gas and Leccy companies-oh yes it was the Conservatives under Thatcher the snatcher.... 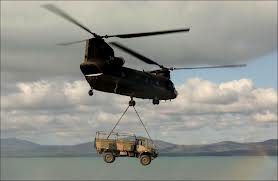 Starting in March, up to 12,000 vehicles including Land Rovers, trucks, semi-trailers, tankers, motorcycles and trailers, valued at more than $100 million, will be sold by Sydney-based firm Australian Frontline Machinery.
Most are about 25 years old with 125,000km on the clock and not a bullet hole in sight, in either khaki or camouflage paint scheme.
They range in quality from rolled-over write-offs to near-pristine vehicles fitted with premium accessories.
Defence is buying a new vehicle fleet for $7 billion with phase three of the project to deliver about 4600 light and heavy vehicles worth $3.1 billion. During the coming years the government will also sell hundreds of planes, ships, helicopters, armoured vehicles, explosives and weapons as it moves to replace 85 per cent of military equipment.
The sale of combat equipment is subject to strict rules to prevent it falling into the hands of potential enemies or dodgy dictators. Countries such as Fiji, Syria, Yemen and Iran, and companies dealing with such regimes, are on the banned list.


Up a bit to Sarf Africa


A professional skateboarder is potentially facing jail time after uploading a video that purports to show him skating at an astounding 68 mph through the middle of traffic.
South African skater Decio Lourenco faces the charges after Cape Town city officials say his high-speed skating actually triggered a speed camera. The speed limit in the town Lourenco was skating through is reportedly 37 mph.
“All that was needed was for one of those motorists to panic and swerve into the oncoming traffic and you have a large number of deaths, as we have already had on that road, safety spokesman Jean-Pierre Smith, told the New York Daily News. "If we don't take action against him, every other aspirant skateboarder will try it and one of them will come to a sticky end."


Numpty-or otherwise known as a donor....

Here is something that could prevent all those ceiling adornments and overdone pancakes, four design engineers, commissioned by The Happy Egg Company, spent more than 200 hours to construct the Pancake–omatic and another 100 hours to test it.

To ensure the pancakes are as fresh as can be designers installed a luxury nest throne for the hen to lay her egg in.

It then travels along a spinning gramophone record before being mixed with other pancake ingredients and flipped on to a plate. 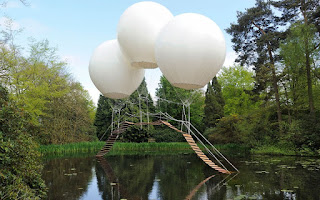 Today’s thought:
That's mine done, now how many do you want?

And today’s mellow melody:
As mellow as you can get