It’s a gas: Universal cretins: New Boomers: Sweaty sweets: Hit and vote: Sign of the Gov: and a Diamond Oliver.

Quite a lot of lack of cold, quantities of atmospheric movement, quadruple amounts of sky water and quizzical amounts of solar stuff at the Castle this morn.
Back to the study this day to try to move even more stuff to the dump pile, a bit more putting coloured stuff on the walls, a touch of carpentry and a lot of moaning is on the cards.

Allegedly the tosspots at the top have finally found out that 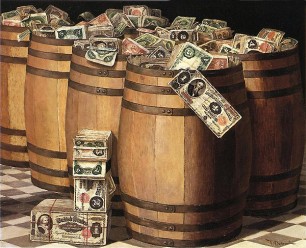 Wholesale gas prices may have been “manipulated”; the probes by the Financial Services Authority (FSA) and Ofgem follow claims by a whistleblower.
The whistleblower, Seth Freedman, worked at ICIS Heron, a financial information company that publishes energy price reports.
The FSA said: "We can confirm that we have received information in relation to the physical gas market and will be analysing the information."
Ofgem also said it had "received information" and was looking into the issue. It added that it would "consider carefully any evidence of market abuse that is brought to our attention as well as scope for action under all our other powers".
Energy Secretary Ed Davey will make a statement to the House of Commons later.
Four of the UK's big six energy suppliers have released statements denying any involvement.


Took them long enough to realise...


The Irritable Bowel Twins are in a bit of Bovver 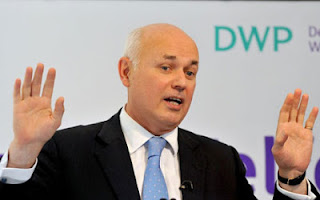 The Government's flagship reform of Britain's welfare system, which is being piloted by the Secretary of State for Work and Pensions, Iain Duncan Smith, has been placed on a Treasury list of projects in crisis, The Independent on Sunday has learned.
Despite assurances from the Department for Work and Pensions (DWP) that universal credit will be rolled out on time and on budget, its national launch – scheduled for October next year – will now be limited to small regional projects. Sources within the DWP have told The IoS that a realistic national roll-out – regardless of the department's public assurances – is already a year behind schedule amid fears that technical issues over “computer software" could push that back further.
Senior DWP staff working on the project are understood to have reported concerns to their Treasury counterparts. The issue was a factor in Mr Duncan Smith remaining at the DWP during the recent Cabinet reshuffle.
Universal credit has a development budget of £2bn. It is supposed to be a paperless online IT system for claimants that would bridge the DWP's data with the Treasury. Six separate benefits are to be combined into one payment.
However, the project, according to senior Whitehall sources, is already suffering a £100m overrun. There are also concerns that a further £300m is being hidden by rising costs reallocated to child support payments.
A reorganisation of the complex IT system, following the departure this month of key senior civil servants in charge of universal credit, could mean an overrun of £500m by next spring.
A government adviser on information technology said: "IDS, like other ministers before him, has been hypnotised by promises of what an online system can deliver. Warnings were given to him more than a year ago. They were ignored." 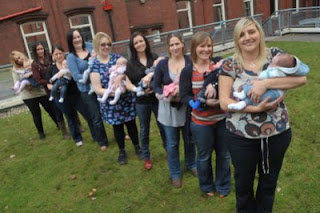 England faces the biggest baby boom in 40 years as up to 20,000 more are expected to be born this year than last, putting enormous strain on NHS maternity services, the Royal College of Midwives is warning.
In the first three months of this year alone, 4,600 more babies were born than during the same period last year, according to official figures
Midwives are warning that the trend is continuing and will swell births to more than 700,000 in England this year - the first time that level has been reached since 1971.
Birth rates have been on the rise for a decade, due principally to immigration, with the number growing by about 12,000 a year.
In 2011 there were 688,120 births in England, according to the Office for National Statistics.
But this year there seems to be an extra surge.
Before U-Turn Cam came to power, he promised another 3,000 midwives across the NHS, but to date only an extra 900 have been employed.
The RCM is arguing another 5,000 are needed across England, to keep pace with the rising number of births.

Just wait twenty years when the new boomers turn on their parents over pensions, housing costs and jobs...

Over the large wet, salty thing on the left 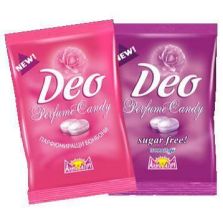 Deo Perfume Candy, which is not yet available in the UK, contains geraniol from Bulgaria, which, according to Belgium-based manufacturer Beneo, aromatises as it evaporates through the skin.
Apparently 'The fragrant packets of Deo Perfume Candy bring you the sweet taste of the roses as a delicious treat of your senses. They take the pleasure of enjoying a delicious candy to a whole new level,' Deo Perfume Candy says on its website.
Beneo claims an individual who eats four sweets and waits six hours will come up smelling of roses, but experts are sceptical of the claim.
'I think we can probably agree that if you eat food with a lot of aromatic spice, like garlic and curry, eventually it will work its way into your sweat and influence the way you smell,' George Preti, a chemist at Monell Chemical Senses Centre in Philadelphia, told ABC News.
'But no one has actually demonstrated that.' 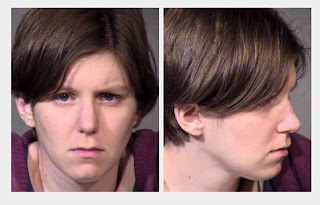 An Arizona woman, in despair at the re-election of Democratic President Barack Obama, ran down her husband with the family car in suburban Phoenix on Saturday because he failed to vote in the election, police said on Monday.
Holly Solomon, 28, was arrested after running over husband Daniel Solomon following a wild chase that left him pinned underneath the vehicle.
Daniel Solomon, 36, was in critical condition at a local hospital, but is expected to survive, Gilbert police spokesman Sergeant Jesse Sanger said.
Police said Daniel Solomon told them his wife became angry over his "lack of voter participation" in last Tuesday's presidential election and believed her family would face hardship as a result of Obama winning another term.
Witnesses reported the argument broke out on Saturday morning in a parking lot and escalated. Mrs Solomon then chased her husband around the lot with the car, yelling at him as he tried to hide behind a light pole, police said. He was struck after attempting to flee to a nearby street.


All across bemused Blighty 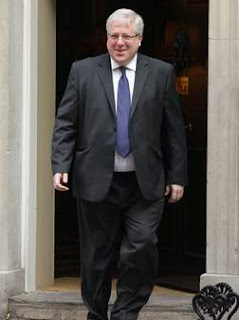 Pointless signs which clutter the British countryside and point out the obvious on the roads will be banned under new plans. 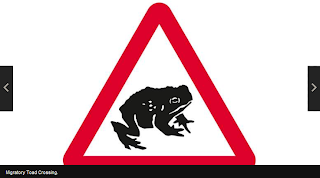 The Government is working on new guidance for local councils and highway officials on reducing the number of signs, as well as revising traffic sign regulations.
The proposals will be announced by Transport Secretary Patrick McLoughlin in a speech to members of the Campaign to Protect Rural England today.
He will say: "Too many country roads carry a reminder of how insensitive planners can be to the aesthetics of transport design with the ugly and unnecessary signage that clutters up the network.
The new guidance and traffic signs regulations will be issued by autumn next year.
They will give authorities greater freedom to simplify country junctions.

Nice to see that pointless Pratt Patrick McLoughlin is doing his bit to help drivers... 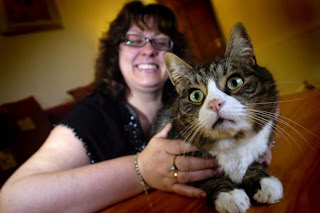 Hungry moggy Oliver was in the dog house - after swallowing his owner’s valuable diamond necklace.
The five-year-old cat polished off the piece of jewellery as it lay on a coffee table next to a pile of his favourite treats.
Owners Steve Digby and Francine Lace thought the pendant and chain had been lost after searching for it without success but finally turned their suspicions to Oliver. 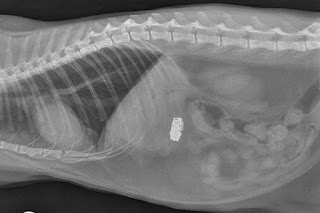 Francine, 44, took him to an RSPCA hospital where an X-ray revealed the pendant and chain, which is 24-inches long and features diamonds and opals, was in his stomach
Vets waited to see if nature would take its course, but when the necklace got stuck, they removed it surgically.
The operation was a success and Oliver is now recovering at home in Wythenshawe, Manchester, with Steve, Francine and their four other rescue cats.
Alarm repair man Steve, 51, said: “You don’t want to get in the way of Oliver when he’s eating.
"He’s quite a large cat, and quite ferocious when he eats the treat sticks.
“His treats were down on the coffee table in the lounge.
"When my fiancée Francine came back into the lounge the treat sticks had gone, and so had the pendant.
"She searched high and low, all over the house, but couldn’t find it.
“When I got home I looked again, and in the end we came to the conclusion the cat’s eaten it.”
The necklace, which was a birthday present from Steve to his fiancée, has now been returned to Francine - after a thorough cleaning


I would like to point out that Oliver is in no way related to his Maj, and anyway I can’t afford diamond necklaces...

That’s it: I’m orf to bung some cameras into a ball 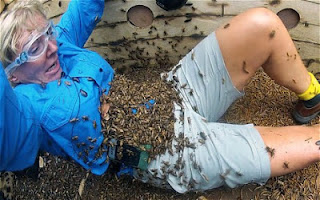