Perch, a brothel, make up, a genie and my pussy

First, the weather down ‘ere in ‘Ampshire; overcast, cool no breeze, perfect for mowing the lawn.


Don’t go in the water 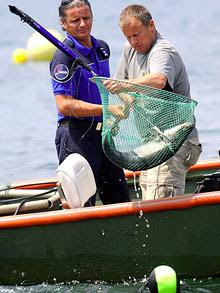 There was something lurking in Lac Majeur lake, and it was biting swimmers -six of them: the culprit was: a “monster” two feet three inches long perch.

Two swimmers were treated in hospital for bite wounds up to four inches long after being attacked at the lake, which borders Italy.

Police divers at first tried to capture the carnivorous fish with a net, but when this failed, they pursued the zander with a harpoon and managed to kill it.

"It is quite unusual for perch to bite humans", Mr Croci said.

He added that he suspected the fish was suffering from a hormonal imbalance which could be responsible for its aggression.

So what did they do with the “imbalanced” predator? They served it up to tourists at the lake.

There was another headline later- tourists bite Swimmers at lake in Lac Majeur, but this was kept quiet.


Good news for those of a certain persuasion in Berlin: 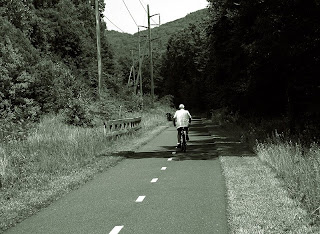 A Berlin brothel has come up with a novel way to offset the impact of the global economic crisis and target a new group of customers at the same time - offering a discount to patrons who arrive on bicycles.

Customers who arrive on bicycle or who can prove they took public transportation get a 5-euro ($7) discount from the usual 70-euro ($100) fee for 45 minute sessions, Mr Goetz said. He said the environmentally friendly offer was working a charm.

"We have around 3-5 new customers coming in daily to take advantage of the discount," he said, adding the green rebate has helped alleviate traffic and parking congestion in the neighbourhood.

Germany is one of the few countries in the world where prostitution is legal. It has about 400,000 prostitutes who, since 2002, have been allowed to enter formal labour contracts.


Personally, I’d be too knackered to do anything after a cycle “ride”

Ladies, did you know? 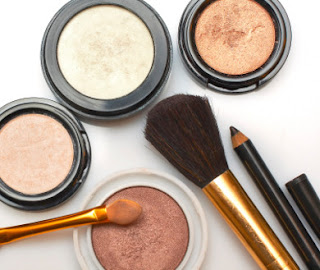 That on average you carry £57-worth of cosmetics in your make-up bags- according to a new poll.

Despite the recession, a survey of more than 1,000 women by cosmetics firm Avon found that Britons are spending £1.1 billion a month on make-up.

Mascara was overwhelmingly the most popular item with 62 per cent of women saying it was an essential purchase, while 38 per cent considered lipstick a 'must-have buy'.

Foundation came a close third with 37 per cent of women saying they had to have it.

Cary Cooper, professor of psychology and health at Lancaster University, said women were probably spending on make-up to help cheer themselves up amid the current economic turmoil.

"Women who feel low want to look better – they go for a haircut, have their nails done or buy new make up. It's a common phenomenon.”

"It may make them feel better at the time but it's what psychologists call a temporary palliative – it doesn't solve the problem but helps them to feel better in the short term."

The study found women between the ages of 16 and 24 carry £69 worth of make-up while 25 to 34-year-old have on average £71 of cosmetics. After this age, women’s’ spending on make-up drops off steadily with the over-55s carrying less than £35 of product.

Another example of “let’s spend money on the bleedin obvious”.

I dream of genie 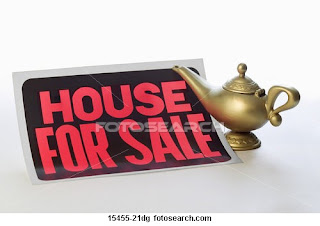 A family in Saudi Arabia has taken a "genie" to court, accusing it of leaving threatening messages on their mobile phones.

They also claim the spirit has thrown stones at them outside their house and stolen their property.

The family claims to have been forced to move out of the home where they have lived near the city of Medina for 15 years.

A family spokesman said: "We began to hear strange sounds. At first we did not take it seriously, but then stranger things started to happen and the children got particularly scared when the genie started throwing stones."

"A woman spoke to me first, and then a man. They said we should get out of the house."
A local court has now been asked to verify the claims "despite the difficulty" of doing so.

In Islamic theory, are spirits that can harass or possess humans and animas and are often said to be motivated by revenge or jealousy.


Interesting that, I didn’t know genies were into mobile phones, and if you find an oil lamp-DON’T RUB IT!

I love my pussy and “researchers” from the University of the bleedin obvious (again) (University of Sussex) have come to the conclusion that cats use a "soliciting purr" to overpower their owners and garner attention and food.

Unlike regular purring, this sound incorporates a "cry", with a similar frequency to a human baby's.

The team said cats have "tapped into" a human bias - producing a sound that humans find very difficult to ignore.

Dr Karen McComb, the lead author of the study that was published in the journal Current Biology, said the research was inspired by her own cat, Pepo.

"He would wake me up in the morning with this insistent purr that was really rather annoying," Dr McComb told BBC News.

"After a little bit of investigation, I discovered that there are other cat owners who are similarly bombarded early in the morning."

While meowing might get a cat expelled from the bedroom, Dr McComb said that this pestering purr often convinced beleaguered pet lovers to get up and fill their cat's bowl.

She and her team also asked the volunteers to rate the different purrs - giving them a score based on how urgent and pleasant they perceived them to be.

"We could then relate the scores back to the specific purrs," explained Dr McComb. "The key thing (that made the purrs more unpleasant and difficult to ignore) was the relative level of this embedded high-frequency sound."

"How urgent and unpleasant the purr is seems to depend on how much energy the cat puts into producing that cry," said Dr McComb.

Previous studies have found similarities between a domestic cat's cry and the cry of a human baby - a sound that humans are highly sensitive to.

Dr McComb said that the cry occurs at a low level in cats' normal purring. "But we think that (they) learn to dramatically exaggerate it when it proves effective in generating a response from humans."

She added that the trait seemed to most often develop in cats that have a one-on-one
relationship with their owners.

And the millions of cat servants didn’t know that did we?

Angus Dei-NHS-THE OTHER SIDE
Posted by Angus Dei at 07:12 1 comments