THE BIGGEST THE MOST AND THE WEIRDEST 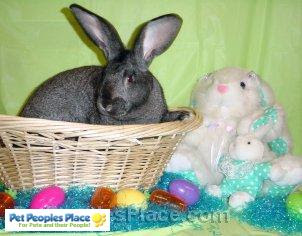 Canterbury, 2.20 am a giant white rabbit is seen hopping through the town centre, the police were on the job.
PCs Matt Jackson and Yasmin Mossadegh came across the two-foot long rabbit - the size of a small dog - hopping through Canterbury at 2.20am.
After spending 10 minutes fruitlessly trying to grab the animal - using their jackets as matador capes - they had to call on eight members of the public to help out.
Pc Jackson said: "After several failed attempts trying to grab the rabbit, we removed our coats to try and cover it with a bullfighting technique. Again this failed.
Members of the public joined the chase; the rabbit was pursued and finally caught after 200 yards, in all it took ten people to detain “tiny” as he has been named.

Good job it wasn’t a tortoise, they would still be there.

House of 1,000 windows the nine-storey building, designed by Japanese architect Sako Keiichiro, has close to a 1,000 windows, reports Today Morning.
One local newspaper journalist counted 113 windows in the 15 rooms of the 9th floor, and said one room alone had 21 windows.
None of the rooms in the building are completely square or rectangular, corridors wind around and between rooms, and each floor features a mini garden.
Maybe the builder should be called “Gerry”

Ouch
Woman's 6,005 piercings the world's most pierced woman has added yet more metal to her body bringing the grand total to more than 6,000.
When first recognised by Guinness World Records in 2000, Elaine Davidson had 462 piercings, with 192 in her face alone.
Now, nine years later, she has 6,005 including more than 1,500 that are "internal",
However, Miss Davidson, born in Brazil, claims she doesn't like being pierced, and suffers for her art.
Miss Davidson, a nurse who now lives in Edinburgh, was speaking in Darlington, Durham, as she opened a new piercing studio.
I hope they are all stainless; otherwise she will go rusty living in Scotland.
World's most married woman
A US grandmother with 23 ex-husbands has been recognised as the most married woman in the world.
Linda Wolfe, 68, who first wed at 16, admits she became "addicted to the romance" of getting hitched.
The mother of seven's longest marriage lasted seven years; her shortest just 36 hours, reports the Indianapolis Star.
"It's easy to sum up," she said of her life. "When I was younger, I was just a snot-nosed kid, but the neighbourhood boys were all in love with me. They all wanted to marry me.


And a couple of stories not related to “biggest, most or weirdest”

Ananova - Bush turns down job at DIY store
George “W” has turned down a job at a DIY store in Dallas, Elliots store manager Andrea Bond said the former US president entered the Elliott's outlet with his security detail saying "I'm looking for a job.”
The owner of the Texas chain had made the offer earlier this month in a letter published in a Dallas newspaper,
But despite not yet having a publisher for his memoirs, Mr Bush decided on reflection to turn the job down.
Equipped with a name tag reading 'W', Mr Bush spent an hour there with his secret service security detail, chatting to customers and shopping.
I hear B&Q are looking for workers.

And finally from the Times

Mission to map Earth's CO2 ends as rocket crashes into H2O,Nasa admitted yesterday that the US Government’s first attempt to map carbon dioxide in the Earth’s atmosphere from space had come to an inglorious end, when the rocket carrying the Orbiting Carbon Observatory (OCO) crashed into the Pacific.
The spacecraft that was supposed to save us from global warming was carrying a highly toxic fuel, hydrazine.

Nasa insisted that the fuel had been burnt up before poisoning the ocean.

Having worked on the $278 million (£192 million) observatory for almost a decade, the scientists leading the mission were devastated.

The plan was for it to orbit the Earth about 400 miles above the poles, using a telescope and three parallel, high-resolution spectrometers to measure concentrations of carbon dioxide and the molecular oxygen absorption of sunlight.

Nasa wanted to study how carbon dioxide — believed widely to be responsible for climate change — cycles through the planet’s atmosphere. Such research is still in its infancy, in spite of the huge media coverage devoted to the subject.

Maybe someone is trying to tell them something.

“Opinion is that exercise of the human will which helps us to make a decision without information.” John Erskine

NHS Behind the headlines
Posted by Angus Dei at 07:59 2 comments