Up your pension: Ambo bonus: German Numptys: Pizza cones: and the Runit Dome. 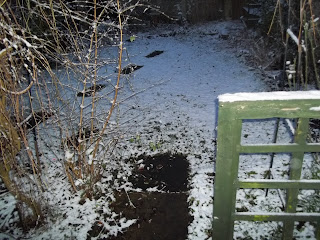 Major lack of warm, minor solar stuff, minimum atmospheric movement and sod all skywater at the Castle this morn, just returned from the stale bread (£1.45 per loaf) gruel and his Maj’s food run dahn Tesco, I managed to struggle through the non-blizzard on the non-icy road without freezing to death and return to the non-snowed in Castle safely.

And Blogger still haven’t got their mouse/s out of their arses and sorted out the photo insertion do-dah, I have been fucking about with this post since before 8 of the am.

And it keeps freezing up.

When I got back his Maj showed me what he thought of the news. 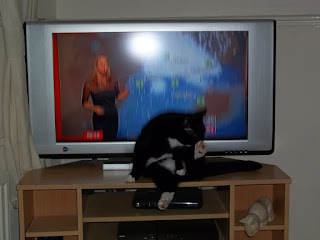 Old farts will be hopping with joy 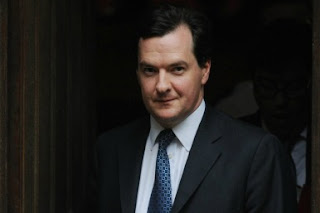 Allegedly there will be a new flat rate pension of £144 plus inflation rises between now and 2017. The current full state pension is £107.45 a week, but can be topped up to £142.70 with pension credit.
At the weekend, the Daily Telegraph reported that more than six million workers would pay higher NI contributions under the shake-up.
Those affected are expected to include around 1.4 million private sector staff enrolled in final salary schemes and contracted out, said the Telegraph.

The flat-rate pension will be paid only to new pensioners reaching state pension age from a date expected to be 6 April 2017, the government is expected to announce. Millions of existing pensioners, and those who qualify before then, will get their entitlement under the current system.

All across the Smoke 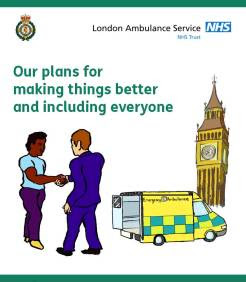 Apparently emergency service staff is being offered bonuses to avoid sending out 999 ambulances, control room staff have been told they will each receive £250 if they can reduce the number of ambulances sent to 999 calls, by getting callers to rely on another health service like a GP or NHS Direct.
London Ambulance Service, Britain’s largest, is giving out the cash in an attempt to save its ambulances for the most pressing emergencies - and hit national targets for responding on time.
Managers say they are struggling to cope with rising demand, with the number of calls from people seriously ill or injured rising by 14 per cent in the last year.
A spokesman said control room staff would receive the bonus if, on average, they referred 30 per cent of callers deemed to have minor health problems to other health providers, such as out-of-hours GPs, NHS Direct or pharmacists.
Paul Woodrow, director of service delivery for London Ambulance Service, defended the incentive system, saying it was designed to ensure that ambulances were saved for those who needed them most.
He said: “We are incredibly busy and need to make sure we have enough ambulances available for our most seriously ill and injured patients.

Orf the Italian island of Giglio 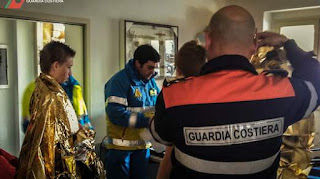 Coastguards have criticised five German cruise ship passengers who hired an inflatable boat to get a close-up look at the wrecked Costa Concordia liner.
The group, including two children, had to be rescued after their tiny boat was swamped by waves, whipped up by storm force winds. All were suffering from the effects of the cold.
Officials said the party were holidaymakers from the Costa Magica, a cruise liner from the same Costa Cruises fleet as the ill-fated Concordia, which struck rocks last year leaving 32 people dead off the Italian island of Giglio.
The Germans had arrived at Civitavecchia and made their way to Porto Santo Stefano where they hired the boat so they could take a look at the stricken Concordia which is still lying on rocks just outside the entrance to Giglio harbour.
Although they managed to sail the 10 miles from Porto Santo Stefano without any problem, on the return leg the weather suddenly changed and the boat got into difficulties.
But it managed to stay afloat and they were picked up by a coastguard vessel which took them back to the mainland.
Once on dry land, they were given hot drinks and wrapped in thermal blankets and after being given the all-clear by paramedics they were taken back to Civitavecchia where they resumed their cruise ship holiday.

A coastguard spokesman in Porto Santo Stefano said: ''It was a pretty stupid thing to do. They were lucky that it ended as it did - they could have quite easily sunk.

All across blizzard Blighty 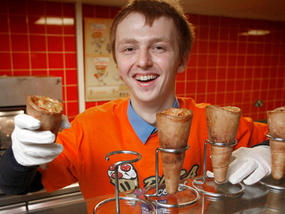 Dags Hofrats, 23, has come up with the Pizza Cone, which costs £2.70 and comes in nine flavours including pepperoni, mushroom and spicy chicken.

Dags said: “It’s very easy to eat, doesn’t make a mess. I love them, and have one every day.”
The cone is made from pizza dough and Dags imports the ingredients from Italy.

He started a trial at Glasgow Caledonian University campus and sold 1,000 in just six weeks. Now he plans to sell them nationwide.

West a fair way and dahn even more 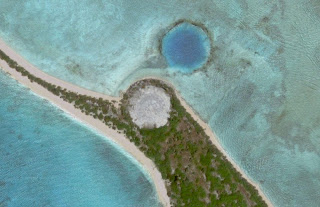 Photo credit
Enewetak Atoll is a large coral atoll of 40 islands in the Pacific Ocean, located 305 kilometres west from Bikini Atoll, and was a major test bed for nuclear weapons, post World War II. Before Enewetak came under the control of the United States as part of the Trust Territory of the Pacific Islands, it was under the Japanese control that used the atoll as refuelling stop for planes flying between Chuuk Lagoon and the islands to the east. After the capture of Enewetak, it became a major forward naval base for the U.S. Navy. Then the island was evacuated and the nuclear tests began.
Between 1948 and 1958, Enewetak Atoll witnessed 43 such as tests including the first hydrogen bomb test in late 1952 as part of Operation Ivy, which vaporized the islet of Elugelab.
In 1977, an effort to decontaminate the islands of Enewetak began. During the three years that followed, the military mixed more than 111,000 cubic yards (85,000 m3) of contaminated soil and debris from the various islands with Portland cement and buried it in a 30-foot deep, 350-foot wide blast crater on the northern end of the atoll's Runit Island. The crater was created by an 18 kiloton test bomb nicknamed “Cactus” on May 5, 1958. A dome composed of 358 concrete panels, each 18 inches thick, was constructed over the material. The final cost of the cleanup project was $239 million.
After the completion of the dome, the United States government declared the southern and western islands in the atoll safe for habitation in 1980, and residents of Enewetak returned that same year. Today, you can visit the dome and stomp across the surface.

That’s it: I’m orf to x-ray my black hole

And today’s thought:
Revenge of the snowmen. 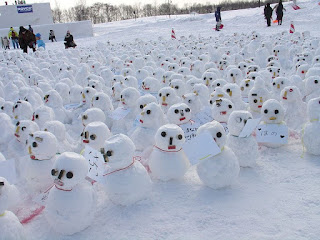