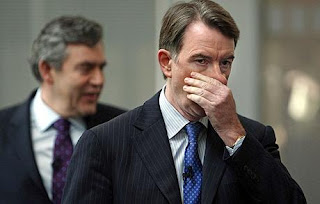 There is an abundance of “news” this morn, but I would like to start with a couple of snippets about “the dark lord”.

It seems that not content with ruling the world Peter Mandelson wants to control the BBC: Business Secretary Lord Mandelson criticised the BBC for questioning the Prime Minister about whether he was taking painkillers.

Gordon Brown insisted he had no medical problems which might get in the way of him continuing to serve as Prime Minister.

And, in answer to a direct question from interviewer Andrew Marr, he denied that he was dependent on prescription painkillers.

Rumours about the Prime Minister's possible use of painkillers circulated in Westminster following speculation on an internet blog, but Mr Brown's interview on BBC1's Andrew Marr Show was the first time that he has been confronted with them in public.

Reminds me of that episode of Doctor Who, when he says to the PMs Aide “Don’t you think she (Harriet Jones) looks tired”.


But an empirical victory for the blogosphere.

The Dark lord was refused entry to the labour Party conference because no one in security knew who he was, a security guard called a police sergeant to verify his credentials, BBC political correspondent Laura Kuenssberg said.

Lord Mandelson had to wait 10 minutes at the conference's security entrance before he was allowed to enter.

How the mighty are ignored. 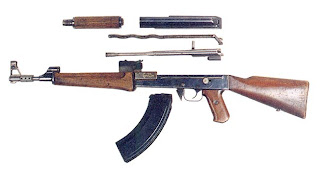 GREENVILLE, S.C. - A candidate to be South Carolina's next National Guard leader skipped the fiery speeches for firepower, launching his campaign with what he called a "machine-gun social."
The Greenville News reports some 500 people came out to a shooting range Saturday for Republican Dean Allen's political rally. He wants to be the next adjutant general, the person who leads the state's National Guard.
Attendees paid $25 for barbecue, a clip of bullets for target practice and the chance to win a semiautomatic AK-47. Whoever wins the rifle will have to undergo a background check.
South Carolina is the only state that elects its adjutant general. 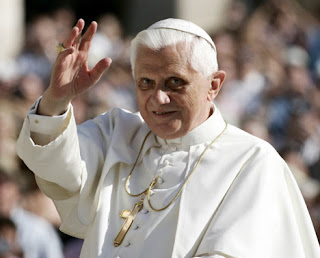 And no, I am not deliberately promoting spiders, I hate the bloody things, but it does seem that they are forever in the news.
A large arachnid appeared on the pope's white robes as he addressed politicians and diplomats in Prague on Saturday afternoon. The pope didn't seem to notice at first - but journalists following the speech on a large screen flinched as the spider inched toward Benedict's neck.
It disappeared from view for a moment, but then could be seen crawling up the right side of the 82-year-old pontiff's face.
When it reached his ear, Benedict gave it a swat. But it didn't go away - it reappeared on the pope's left shoulder and scampered down his robe.
As the pope left the medieval Prague Castle's ornate Spanish Hall, the spider could be seen hanging from a piece of web.

The Pope was later seen with a rather bloody rolled up parchment.

Something in the air 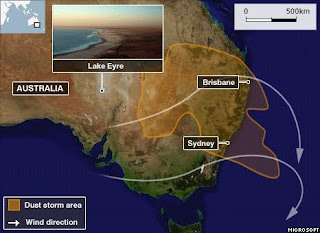 There are fears that the recent dust cloud in OZ may contain, Uranium. It is argued that sediment whipped up from Australia's centre may be laced with material from a uranium mine.
Scientists have played down concerns, saying there is little to worry about.
Last Wednesday Sydney and Brisbane bore witness to their biggest dust storm in 70 years. Both were shrouded in red dust blown in from the desert outback.
David Bradbury, a renowned filmmaker and activist, claims the haze that engulfed some of the country's biggest cities in the past week contains radioactive grains - or tailings - carried on gale force winds from a mine in the South Australian desert.
"Given the dust storms... which [the] news said originated from Woomera, and which is right next door to the Olympic Dam mine at Roxby Downs, these [storms] could blow those tailings across the face of Australia," Mr Bradbury asserted.

You have to pay the piper eventually. 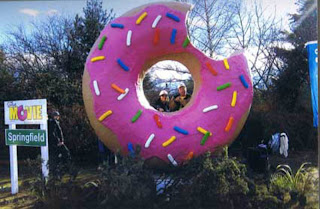 Arsonists have attacked a large doughnut sculpture in New Zealand's town of Springfield.
The bright pink 4.5-metre high doughnut was given to the South Island town by 20th Century Fox in 2007 to promote the premiere of The Simpsons Movie.
But Homer would be heartbroken after the sculpture was set on fire on Saturday.
Springfield resident Bill Woods says the doughnut now has an extra hole in it.
"It's so disappointing because that doughnut has provided enjoyment for tens of thousands of people in the past two years," he said.
Mr Woods says some locals did not like the look of the doughnut, but he says they should not have torched it.

How do you enjoy a bright pink fourteen foot high doughnut?

And finally:
Any takers? 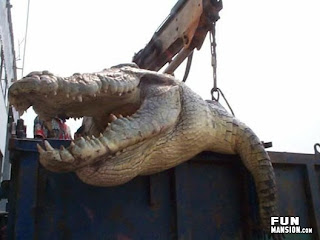 A Northern Territory wildlife park is seeking volunteers to relocate some of its dangerous inhabitants.
Crocodylus Park, which operates as a zoo and commercial crocodile farm in Darwin, needs helpers to shift about 400 saltwater crocodiles into new ponds.
"It's a bit of an adventure," says the park's research director, Matt Brien, who has had about 15 people sign up for the chance to get up close and personal with the feared reptiles.
But he still needs more.
"The more the merrier. The reason being we try to take as many precautions as possible," he said.
"Ideally we'd have two people handling every animal. It's a lot safer [than one person]."
The mass relocation, which is taking place on Wednesday, is needed to ensure larger crocs at the park are not kept in the same pond as smaller ones.
"If there are big ones with little ones, problems occur," Mr Brien said.
Before moving the creatures, which range in size between 1.2 metres and 2 metres, an electric shock is used to stun them, and then tape is wrapped around their mouths and eyes.
"Otherwise you can imagine how dangerous it would be trying to round up [the] crocs]."
Mr Brien says the relocation, which usually takes place about once a year for animals of this size, is a great opportunity for people who want to see what it is like to work with crocs.
"Usually [we get] backpackers and students, people doing degrees with animals," he said.
"It gives them an opportunity to handle large reptiles, an opportunity they wouldn't normally get."
He says once the animals reach more than 2 metres in length, they will be used for skins and meat.

Any crocodile tears as they leave?