A lack of height in the liquid metal gauge, but it is still nice, sunny and calm at the Castle this morn.


Woke up this day to find that the one remaining brain cell has managed to fire itself up; so instead of a three cylinder two stroke DKW it has returned to a V8 Asbo Martin -took long enough...


Just returned from the stale bread, gruel and pussy food run dahn Tesco-the go-juice forecourt was heaving with a bit to spare at 07.30-I see that no one is panicking then...

Nice to be back though.

As we all know U-Turn Cam is an idiot 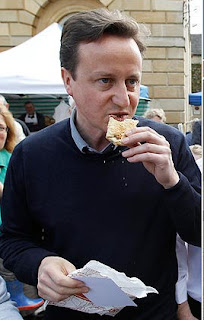 But it seems he is exceeding even his Piss Poor standards.
Not only is he facing the wrath of the pie gobblers over VAT on ‘warm’ food, but has plunged what is left of Blighty into a panic over flammable liquid in large boxy vehicles.
But should we really be surprised; so far he has managed to bring the economy to a standstill, raise taxes for ordinary folk while reducing them for the rich, is about to privatise the NHS and the roads, and along with the rest of the Millionaires Club Coalition has reduced our warm and dry island to a third world country.

Plod has “lost” £113,000 seized from criminals in 2009 from a "secure storage area" in the village of Leek Wootton.
The force, suspecting it may have been taken by a police officer, set up a secret investigation in an attempt to catch the culprits. But after a six-month inquiry no one has been caught and the force has decided to go public with an appeal for information.

That really gives one confidence in the Woodentops...

Right to the high, cold bit of part of what is left of Europe 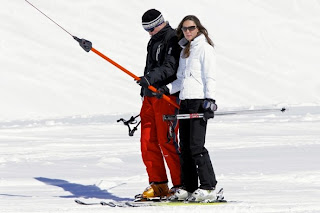 It seems that the Duck and Duckess of the place that isn’t Oxford have decided that going on the piste is more important than attending Friday's service of thanksgiving for Queen Elizabeth the Queen Mother and Princess Margaret at St George’s Chapel, Windsor.


Nice to see that holidays come before duty....

And back to the go-juice crisis 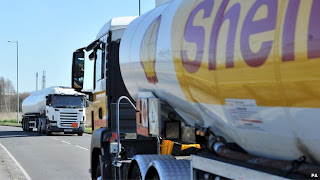 Moves to start peace talks aimed at averting a strike by fuel tanker drivers will be stepped up today amid fears that panic buying of petrol will escalate.
Many garages have reported long queues after Cabinet Office Minister Francis Maude suggested drivers should fill up any spare jerry cans with petrol and keep them in garages.
But another Government minister admitted Mr Maude had made a "mistake" after fire safety experts warned of the dangers of storing petrol.
Conciliation service Acas is trying to convene talks between the Unite union and seven companies involved in the dispute over terms and conditions and safety.
Sales of petrol were up 45% on Tuesday and diesel was up 20%, in what appeared to be a sign of panic-buying by motorists, with the trend seeming to continue last night.
Unite has not set any strike dates and has been stressing its willingness to negotiate.


Let’s put this into perspective, there are about 10,000 tanker drivers in privatised Blighty, on average they earn about £45,000 to £50,000 a year and are thinking of striking over ‘pay, pensions, safety and “job insecurity” ’.

Join the other sixty three million in the same club chaps....


Right quite a lot to one of the “Stans” 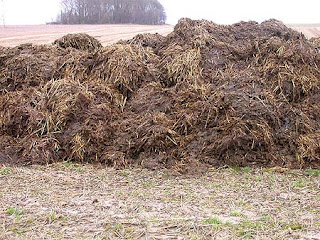 Kazakh farmers have voiced their opposition to the country’s new ecological legislation that imposes taxation on livestock manure, which has been declared an environmentally harmful substance, local television channel 31 said.
All livestock is currently being registered at the expense of the owners for manure taxation purposes, the channel said on Tuesday.
“We’d prefer if the state encouraged people to take up animal husbandry, rearing livestock for meat and milk,” farmer Viktor Khilchenko was cited as saying.
The annual payment will be moderate, costing under 1,600 tenge ($11) per ton of manure, a local official told the channel. The new Environmental Code, which came into force earlier this year, treats manure as a waste product and not a fertilizer.
Local rights groups will campaign to have the law overturned, the report said.
This is not the first attempt by Kazakhstan to tax manure. In 2003, authorities in the eastern part of the country unsuccessfully tried to impose a similar law, saying it will prevent local settlements from being clogged with livestock by-products.

Hope son of a B....aronet and alien reptile in disguise George (the public pays for my go-juice) Osborne doesn’t read this.... 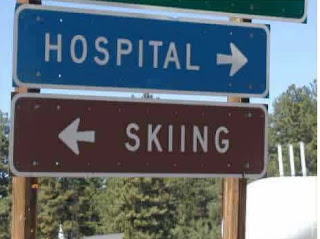