Still knackered, and I can now add insomnia to my list of woes, even a bit of gentle music on my MP3 player didn’t help so I lay awake listening to the wind (not mine) and fell asleep at 5.45 and then the alarm went off at six.

I blame the Government. 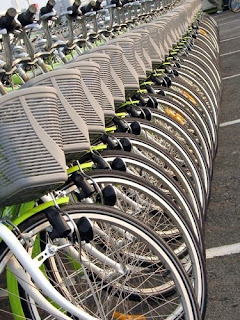 I see that my favourite smash and grab needs better people in the accounts dept, they managed to authorise £1 Million for six bicycles.

Britain’s biggest retailer has launched a legal action against Universal Cycles amid claims that a member of the supermarket chain’s finance team mistakenly paid £984,000 for six bicycles.

Tesco claims it should have paid £984 for the Muddy Fox Suspension Bikes and is seeking restitution of the overpaid monies, according to a legal action filed at the High Court.

Universal, an Essex-based company majority-owned by Sports Direct, has allegedly paid back £863,000 but Tesco claims it is holding on to more than £121,000 in outstanding funds.

So that’s why my food bill goes up every week. 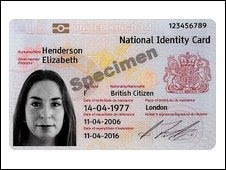 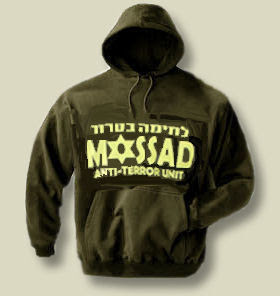 An apprentice spy for Israel's once-vaunted Mossad overseas intelligence service was arrested by rank and file police during an abortive training exercise in Tel Aviv.

The want-to-be James Bond was spotted on Monday planting a dummy bomb under a vehicle in the bustling commercial capital by a woman passer-by, who swiftly alerted a policeman.

It was only after questioning at the local police station that the trainee assassin managed to convince his captors he was indeed a member of the famous spy agency.

Mossad never warns Israel's uniformed security services in advance of its exercises in a bid to give the training an element of reality.

The recruit's arrest was the latest in a series of blunders to tarnish the agency's reputation over the past two decades.

In Cyprus, four suspected agents were detained by police during a bungled attempt to bug the Iranian embassy in 1991, and two more were jailed in 1998 for spying on a naval base in the south of the Mediterranean island.

The same year an Israeli was given a suspended prison sentence in Switzerland for trying to tap the phones of Lebanese nationals.

In 1997 in the biggest blunder of all, Mossad agents attempted to assassinate Hamas official Khaled Meshaal in an abortive operation that nearly led to the rupture of relations with peace partner Jordan and forced it to free the Islamist movement's then leader Sheikh Ahmed Yassin in a conciliatory move.

Maybe they should change the name to “Messup”

Uwe get your goat 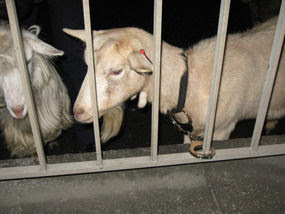 A nanny clearly got on a policeman's goat when he had to handcuff her after she was caught leading a flock down a busy main road.

Hapless police didn't have a clue how to herd the goats back to their farm and so cuffed them until owner Uwe Stiller, 50, arrived in Bielefeld, Germany, to collect them.

They were called when rush-hour motorists ground to a halt after the beasts escaped from a nearby farm and went walkabout, according to the Austrian Times.

"We're not farmers and we don't know about animals. But we do know about handcuffing troublemakers so that's what we did," said one officer.

Just what we need 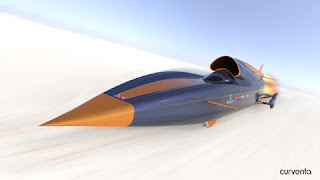 British engineers have started to build what they hope will be the world's fastest car, the Bloodhound, capable of reaching 1,000mph and breaking the land speed record.

The British team behind the venture has announced that the design for the Bloodhound SSC (Supersonic car) had now been sorted out, with a jet engine from the Eurofighter Typhoon being positioned above the prototype hybrid rocket.

The record attempt will begin with runs on a flat, dried-up lake bed at Hakskeen Pan in South Africa's Northern Cape Province in 2011.

The car is being driven by Wing Commander Andy Green, who broke the world land speed record by achieving a speed of 763mph in Thrust SSC in 1997.

The Bloodhound project, based in Bristol, is designed to inspire young people to pursue careers in science, technology, engineering and mathematics.

The car has gone through 10 design evolutions since work started on it and the building of the vehicle will now commence at a site in Bristol Docklands next door to the SS Great Britain ship and called the ''Dog House''.

The hybrid rocket is the largest ever designed in the UK - weighing 400kg and being 14ft long.

With the EJ200 jet engine, the rocket will give the car a thrust equivalent to the power of 180 Formula One cars.

Why don’t they just borrow a Euro-fighter take the wings off and add some wheels?

Have you got your Noomi yet? 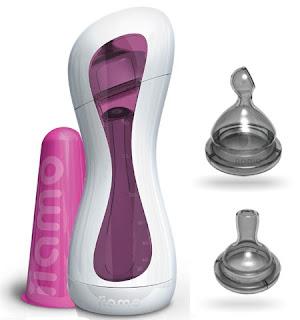 A baby bottle called the Yoomi that heats milk to the perfect temperature at the touch of a button has gone on sale in UK stores.

The bottle, which has already won a series of innovation and research awards, ensures that the milk is heated to between 32 and 34 degrees in just 60 seconds and stays warm for up to an hour.

It can be recharged up to 100 times and even features an anti-colic teat which allows a baby to latch on more easily.

It was invented by a husband and wife team who were tired of having to painstakingly heat milk to an exact temperature in the microwave or ask waiters for hot water to heat a bottle while out.

Jim and Farah Shaikh, an engineer and a solicitor, came up with the idea following the birth of their eldest son Danial. Six years ago, Mr Shaikh sketched out a plan on a pub napkin and the prototype was tested on their second son Niall, who is now two.

Dr Shaikh, 43, said the device works on a similar principle to hand warmers using gel packs, and he and his wife consulted the guidance and professional advice of academics, midwives, nurses, parenting groups and friends to ensure they got the right result.

The £22 Yoomi bottle and feeder plus a pack of two teats for £4.50 are available from John Lewis.

The button activates the process that turns the non-toxic solution from liquid to solid, during which it gives off heat. It can be recharged after use by immersion in boiling water or a steam steriliser.

Sort of defeats the object doesn’t it? And anyway it has already been done. See pic. 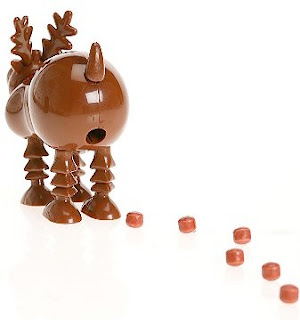 From over the what not and West a bit-Sparkly reindeer-dung necklaces are going on sale at an Illinois zoo that hopes to attract the same holiday shoppers who swept up its dung Christmas ornaments last year.

The limited-edition Magical Reindeer Gem necklaces will debut Friday at the Miller Park Zoo in Bloomington. The $15 pendant necklaces contain dried, sterilized reindeer droppings - sprayed with glitter - on a beaded chain. They'll be available at the zoo's gift shop or by mail for $20.