Loads of lack of warm, layers of scrapey-scrapey stuff, light amounts of atmospheric movement and sod all solar stuff at the Castle this morn, just returned from the stale bread (£1.45) gruel and his Maj’s food run dahn Tesco and I took some carrots for the horses, waved them in front of the neddy burger coolers and nearly got trampled in the stampede.

All across dog end Blighty

Allegedly “academics” reckon that the Piss Poor Policies Millionaires Club Coalition could raise at least £500m a year by capping the amount of profit tobacco companies can make from cigarettes.
They are calling for state regulation similar to that used to limit the price of water.
Writing in the journal Tobacco Control, they say reducing profits would allow for higher taxes without changing the price in shops.
Dr Robert Branston, from the University of Bath, said the tobacco industry was "incredibly profitable", with some companies making 67p in profit out of every £1 received after tobacco duties. He described that as an "incredible sum".
Some industries in the UK are already regulated to prevent companies taking advantage of a lack of competition in the market place. The regulator Ofwat reviews the price water companies can set and Dr Branston wants a similar organisation "Ofsmoke" to limit the profits made by tobacco manufacturers.
The report calculated the effect of limiting profits to levels achieved by food and drinks manufactures in Europe - between 12% and 20%.

The Tobacco Manufacturers’ Association said the industry was already high taxed and paid more than £12bn to the Exchequer in 2011-12.
It said: "Some popular cigarette brands are already taxed at nearly 90%, yet this report chooses to ignore this fact and instead concentrate on the profit of a legitimate industry which supports over 70,000 UK jobs.

And look how well OfWat do, no wonder we are so deep in the faeces....
And allegedly 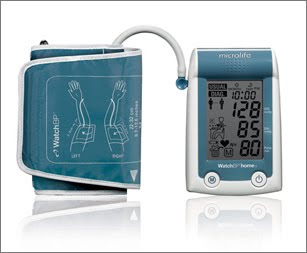 A new blood pressure measuring device which can also detect a dangerous heart condition has been backed by the NHS watchdog.
The National Institute for Health and Clinical Excellence says GPs could use it routinely to spot more patients with atrial fibrillation (AF).
AF is an erratic and often fast heartbeat affecting 800,000 people in the UK and is a major cause of stroke.
The device NICE is recommending in England is called WatchBP Home A.
It looks like a normal blood pressure monitor, with an inflatable cuff that goes around the patient's arm.
At the same time as measuring blood pressure, it can check a patient's pulse.
If people over 65 were to be checked with the WatchBP Home A device, it could save the NHS about £26m and benefit about 400,000 people, says NICE.
I’m so excited my heart is racing.....
According to “campaigners” 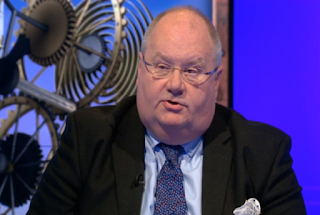 Around 250,000 migrants from Bulgaria and Romania could head to the UK for work when restrictions are lifted at the end of the year.

The Government has refused to issue an estimate of the number of foreign workers who are expected move to the UK from the two countries after getting the right to work in Britain.

But an analysis of the numbers who flooded into the country from Poland and other Eastern European countries in 2004 showed around 50,000 migrants a year for the next five years could head to the UK, the campaign group Migration Watch UK said.

The influx of foreign workers is expected to be lower than nine years ago as temporary restrictions on workers from Bulgaria and Romania have been in place and other European countries will be lifting their controls at the same time.

But Britain remains one of the most attractive destinations for migrants, “partly because of its flexible labour market and partly because of the ease of access to its benefits system”, Migration Watch said.

A previous estimate from Tory MP Philip Hollobone that the number of Romanians and Bulgarians in Britain could jump from 155,000 to 425,000 within two years also “seems exaggerated”, the group added.

Oh shit.....but if Pickles fucked orf abroad that would make room for ten thousand or so....
Right quite a way and dahn just as much 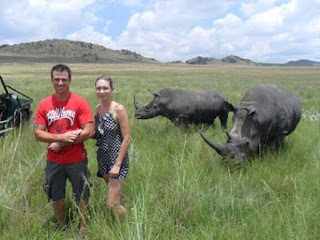 A “suggestion” from a South African game park owner for Chantal Beyer to “stand closer” to the Rhino to get a better picture resulted in the inevitable
The Beeld newspaper said that just after the photo was snapped, the rhino attacked, and its horn penetrated Beyers' chest from behind, resulting in a collapsed lung and broken ribs

The Aloe Ridge Hotel and Nature Reserve, where the incident took place, declined to comment Tuesday.

Good job it wasn’t an elephant.... 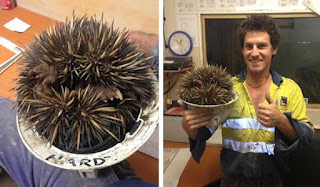 25-year-old Munro Hardy happened upon an echidna wandering in a gold mine in Australia, he grabbed the rare egg-laying mammal to save it from being run over by machines.
Hardy pulled on a pair of leather gloves to pick up the echidna, which rolled into a ball to protect itself. So, he used a hard hat to move the spiky critter out of harm's way.
And what did the spiky monotreme did to thank the man? "The little bastard crapped in my hat and then crawled under the dash in the truck and into the wiring," Hardy said.
But Hardy persevered and got the animal out of his truck and into the scrubland away from the mine. Alison Bevege of Australia's NT News has the story of the crappy end to Hardy's spiky rescue, but alas, no mention of what he did with the souvenir the echidna left in his hat

The Ex-Nazi El papa has a “star” in his entourage 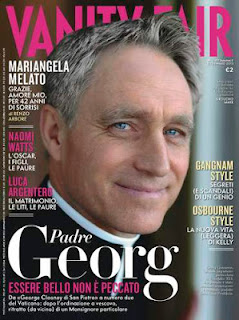 Archbishop Georg Ganswein, 56, who has been dubbed "Gorgeous George" by the Italian media has been the Pope's right hand man for more than six years and is always at his side is on the front page of Vanity Fair.
The softly spoken clergyman, who is also a pilot, likes to keep fit by playing tennis, is often pictured in glossy magazines because of his rugged good looks and some have even compared him to actor George Clooney.
He was pictured on the cover of the latest issue of Vanity Fair alongside the headline ''Being beautiful is not a sin'' adding that he was a ''particular'' clergyman, describing him as the ''George Clooney of the Vatican.''
Archbishop Ganswein's main role is to organise Pope Benedict's day to day diary and he was recently in the spotlight over the Vatileaks scandal when it emerged he had angered senior Catholic Church figures because of the media's interest in him.
However he has insisted his mind is fully on the job and recently said: ''Personally I see my role or service with the Pope as similar to that of glass.
"The cleaner it is then it will achieve its task. I need let the sunlight and the less you see of the glass then the better it is. If you don't see it at all that means I'm doing my job well.''

That’s it: I’m orf to text some money-to myself

And today’s thought:
What do you mean Blighty is a third world country.... 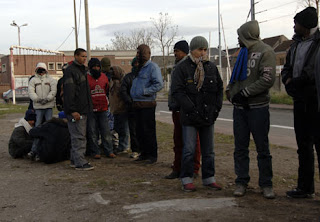