God what a day! 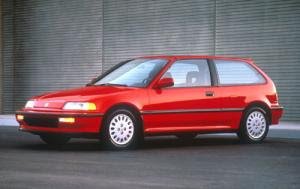 Did the usual, and then took the old car down for it’s MOT at 8.30, after spending 15 minutes scraping the ice off the outside and the inside of the windows, tried de-icer, didn’t work, tried warm water, made it worse.

So down at the MOT place, the old girl had sailed through the last three and I wasn’t worried, that’ll teach me.

It failed on a bit of welding needed, and the windscreen washers not working because they were frozen up. Nice people at the garage I use, sensible, and they recommended a guy who does welding, so I rang him and 10 minutes later was at his workshop, another nice guy, quoted me £45 and he could do the car today, sorted.

He rang up at about 2 pm and said that there was a bit more than he thought and it would be £65, I was still happy.

I picked the car up at 3.30 and went straight to the MOT place, the guy examined the repair and the screen washers had thawed out, so the old girl now has 12 months worth of MOT, happiness!

For an 18 year old car she is a beauty, even the guy at the welding place remarked how nice she is, as did the MOT guy.

What I didn’t like was the MOT fee the firkin Government charges-£54 odd, as usual they are taking the piss, I pay for road tax and insurance, but they are raking in a fortune from the millions of cars that require an MOT every year.

But there is no real choice it has to be done and you have to have an MOT.

So apart from the Government ripping me off I am a happy bunny, I would rather go to the dentist than the MOT place, but there were no extractions just a bit of a filling.

And to top it all I have finally thawed out.

“Happiness depends upon ourselves.”- Aristotle (384bc-322bc)