IT’S ALL GOING ON TODAY

Busy day for news today, I suppose the most interesting items are the resignation of yet another Minister over expenses who “didn’t do anything wrong” and the 1 million pages of MPs expenses published on line but don’t expect the nitty-gritty that has all been redacted.

Iran is still in turmoil over the elections, which is down to a Scotsman who doesn’t like his food-ochmedinnersbad. 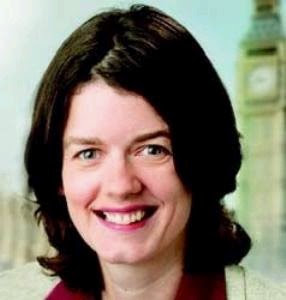 But the good old UK still keeps its sense of humour: 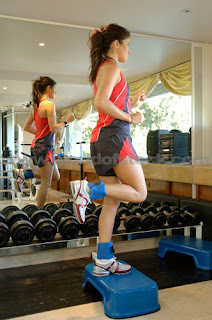 WIIs can be dangerous especially for the fairer sex: Women exercising indoors have caused up to £1.3 billion in accidental damage in the last year, as they increasingly give up gym memberships and used games consoles such as the Nintendo Wii.

It seems that Ladies (glass of wine, a fruit based drink) are deserting Gyms in droves in favour of the above mentioned games console.
An estimated 13 million women now exercise at home, either in front of a television or computer monitor, or using basic weights and home gym equipment, according to a research by an insurance company.
According to a survey, conducted for Sheilas' Wheels home insurance, a fifth of women have had an accident in the past year while exercising or being active in the home - perhaps unsurprising as the average living area contains just two metres of free space.
Last year researchers at Leeds Teaching Hospital identified an injury they called "Wii knee".
Osteopaths have also reported they saw an increase in back patients after Christmas, blaming the trend on fathers trying to keep up with their children on the machines.
Maybe it’s the glass of wine (fruit based drink).

Apparently you are not even safe if you are a witch because the Catholic Church is being accused of religious persecution by banning Crystal Cauldron group in Stockport, Greater Manchester from holding a haloween gathering because the pagan group was not considered to be compatible with the church's "ethos".


Sandra Davis, the "high priestess" hoped to attract up to 150 people to the social evening offering a buffet dinner and music from an Abba tribute band and selected the hall because it had disabled access.
But when she went to pay for the booking she was told by the manager that the Diocese of Shrewsbury, which owns the centre, had refused permission for the group to use it.
"It makes you think that there is still a little bit of that attitude from the past of the Catholics wanting to burn witches," she said.
"I thought we had made progress, that we could accept other people's religious paths."
Mrs Davis, who has 11 grandchildren, gave up her former job in a forklift truck company to set up the Crystal Cauldron, where she is known as "Amethyst Selmeselene".
Based in a former post office, the 30-strong group runs a new age bookshop and sells cloaks, jewellery and medieval costumes on the internet as well as organising a children's group called "Little Crystals".
The Reverend John Joyce, a spokesman for the Roman Catholic diocese of Shrewsbury, said that it was out of the question for a pagan group to use its facilities.
"Parish centres under our auspices let their premises on the understanding users and their organisations are compatible with the ethos and teachings of the Catholic church," he said.
"In this instance, we aren't satisfied such requirements are met."

Ah for the good old days when covens would gather in a wood and do their thing. 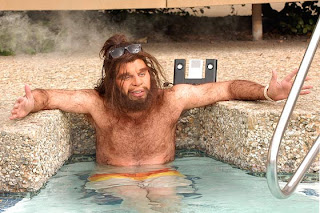 Affordable housing is hard to come by, especially in Brighton. An eco-warrior has been evicted from the cave he lives in on his allotment patch in Brighton, East Sussex, because it doesn't have a fire exit.
Hilaire Purbrick, 45, has inhabited the seven-foot cave he dug on his plot and dined off the land for the past 16 years.
But after having the dwelling checked by the fire brigade, Brighton and Hove City Council decided it did not have enough exits and sought an injunction banning him from entering it.
Mr Purbrick ignored the order and continued to live in the cave, but was pulled back into court on Tuesday when a judge granted the council a possession order which will allow him to be formally evicted and banned indefinitely from the site.
Granting the possession order at Brighton County Court, Judge Jonathan Simpkiss said there were legitimate health and safety concerns that the cave could collapse.
Mr Purbrick now plans to take his fight to the European Court of Human Rights, claiming his right to a private life and freedom has been breached by the order.
Methinks Mr Purbrick has been pulling the Councils chain for too long.

And now something that really annoys me. Women “grunters” at Wimbledon.

Michelle Larcher de Brito, just 16, made such a din with her on-court screaming at the French Open that her opponent complained to the umpire, condemning the Portuguese girl's repeated noise-making as "unpleasant".

Now the International Tennis Federation is believed to be considering outlawing such distractions as "noise hindrance" under its code of conduct.

And quite bloody right too, it is distracting to the other player, and it is unfair, Nine-time Wimbledon champion Martina Navratilova believes the scream queens are gaining an unfair advantage.

"Grunting, screeching, shrieking - I call it cheating and it’s got to stop," she said.

The only other worse noise at Wimbledon is when “Sir” bleedin Cliff gets up to sing, it was worth the millions for the roof over centre court just to stop that. 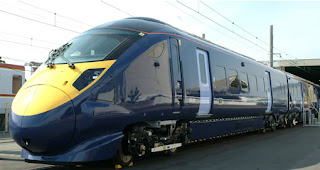 High-speed commuter train sets off late, the test run of the new super-duper javelin took place this morning and has been hailed as a revolution, that is of course as long as there isn’t the wrong type of snow, rain, leaves or lack of staff.
Angus