Olympic freebies for the Gov: By Ecc; spoiled brat: Pothole in Woodstock: Solar swimwear: proclaiming the Haggis: and a foot fire in Florida.

Bit of an odd start at the Castle this morn-cool, calm, sunny/cloudy and a bit damp, the kitchen is empty of integrated circuits, and I am going to have to move any new repairable's upstairs to the study because it is difficult to concentrate when his Majesty is sitting on/in the computers I am trying to work on.
But I did manage to recover the last three years of emails, all I have to do now is to sort them out and put them in the right folders. 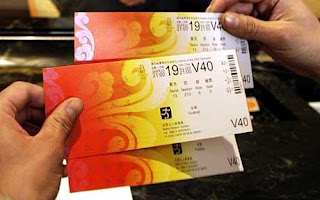 I see that the Piss Poor Policies Millionaires Club has received 9,000 free tickets for the Olympics.
Hugh Robertson said the Government had been given more than 9,000 free tickets in total but a third of them would be used to invite "international business guests and dignitaries to make sure we secure an economic legacy to the Games".
The remaining tickets will mainly be sold through a ballot system, with 3,000 going to staff working on the Games and 2,400 sold to dignitaries from towns and cities hosting teams and events. Another 450 will be allocated as prizes for schools.

But: don’t forget “We Are All In This Together”, aren’t we? 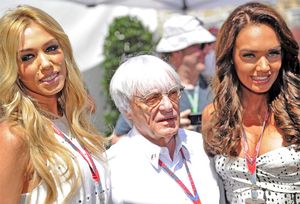 And apparently Bernie Ecclestone's 22-year-old daughter (that’s her on the left) might have become the proud owner of America's most expensive family home.
Petra Ecclestone, who is occasionally described in print as the most spoiled girl in Britain, was yesterday named as the prospective purchaser of The Manor, a landmark property sitting atop five acres of the ostentatious Holmby Hills neighbourhood of Los Angeles. It has been on the market for two years, at an asking price of $150m (£92.6m).
The property, which measures 57,000 sq ft and boasts parking for 100 cars, will become a second home for Ms Ecclestone, who recently celebrated her engagement to Jamie Stunt, a 26-year-old entrepreneur. Last year, she acquired a £56m London home in a purchase also financed by her father.
In a subsequent "at home" interview with Grazia magazine, Ms Ecclestone said that she needed the expensive pad to accommodate her five dogs. "I need a garden for them and there aren't many properties in Chelsea or Belgravia with a private garden. Mum took me round to look at it and I fell in love."
The final amount paid by Ms Ecclestone has not been announced, and neither she nor Ms Spelling (who is "downsizing" to a $47m penthouse in nearby Century City) has yet commented on the sale. The celebrity news website TMZ reported however that they had agreed on a final price tag of around $75m, or half the original asking price.
As the largest private home in Los Angeles County, it boasts more than 100 rooms, one of which is devoted entirely to flower cutting.
That works out at twenty-ish rooms per dog.....
Still in the big bit of land to the left 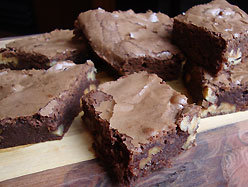 Across to Woodstock, seven people were sent to hospital after eating marijuana-laced brownies at a golf course.
Police said an employee of the golf course brought brownies made with marijuana to work Thursday and shared the batch with co-workers, who didn't know the brownies were laced.
The golf course was shut down after seven employees were taken to Woodstock General Hospital following complaints of feeling dizzy and disoriented. The employees were treated and released.
A 19-year-old Woodstock man is charged with administering a noxious substance, possession of a controlled substance and breach of probation.
Well, stone me.......
Up to the Big Apple 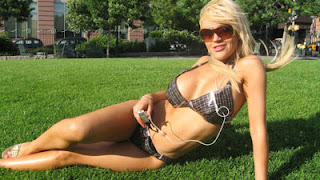 A New York-based designer has invented a solar-powered bikini so wearers can charge their iPod or camera as they lie in the sun.
Andrew Schneider, 30, sewed together 40 paper-thin photo-voltaic panels together with soft conductive thread to produce his iKini which comes complete with USB ports sewn into the fabric.
Mr Schneider told the International Business Times that he came up with the idea during a brainstorming session at New York University.
"I didn't really have anything exciting so I leaned over to my friend and just jokingly said that I was going to make a bikini that could cool your beer at the beach," he said.
He then decided there was some merit in the idea and started work on developing a prototype - before realising there were an important stumbling block.
"The original bikini didn't have enough surface area to kick out the juice necessary to... cool the beer, so I downgraded to a lower power device. I plugged in my iPod and it worked," he said.
He is now selling the iKinis with prices ranging from £300 to £900 with each one custom-built and tailor-made for the wearer.
Just don’t go anywhere near the water while wearing it....
Back in Blighty and North of the border
Lulu and The Proclaimers have added their voices to support to Sunday's Edinburgh International Haggis Championship.
The championship is one of the first events of Edinburgh's festival season, and will raise funds for Help for Heroes.
The inaugural competitive eating championship takes place at the Art Roch hostel on Edinburgh's Grassmarket.
Lulu explained: "We've got to have a Scottish champion. I think I myself have eaten a haggis supper in less than two minutes in my youth.
She added: "Here's to raising lots of money and putting Scotland's delicious national dish firmly on the map!"

Craig and Charlie Reid of The Proclaimers described Help for Heroes as "the most worthy of causes". Scotland's most famous twins added: "Good luck with the indigestion."

The day of fun starts at 11am and vegetarian versions of haggis will be available for anyone who can't stomach oats and innards.
Yum, yum...
And finally:
Back across the pond 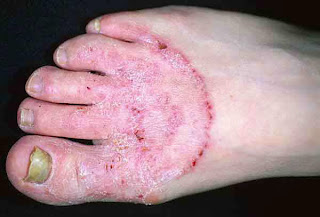 Emergency personnel were called Wednesday to a Fort Walton Beach, Fla., home where a man accidentally started a fire with rubbing alcohol and a cigarette.
The man told deputies he was sitting on his bed cleaning an infection on his foot with the alcohol about 10:30 a.m., said Battalion Chief Shannon Stone of the Fort Walton Beach Fire Department, according to the website.
Some alcohol spilled on the sheets, the man told authorities, and when his cigarette touched the spill, a fire started. Stone said he did not know why the cigarette contacted the bedclothes.
The man pulled the sheets off and left to get something to put out the fire with, the NWFDailyNews.com reported. But when he returned, the fire was much larger, and the man left the house and called 911, the site reported.
“I guess it is a little uncommon,” Stone told NWFDailyNews.com. “But that’s what he says. There’s no reason not to believe it.”
All the people in the house were able to get out safely, the website reported.
Stone told the site the single-family home suffered significant damage and was uninhabitable.
The fire was ruled accidental.
I knew alcohol was bad for you.......
That’s it; I’m orf to search the teapot for the Mad Hatters mate.
And today’s thought: A compromise is an agreement whereby both parties get what neither of them wanted.
Angus
Posted by Angus Dei at 07:43 4 comments