Silly Billy’s empire grows: Be nice to Crims: Hamming it up in Italy: Paper milk bottle: and a bit more of Pippa.

‘Tis ‘orrible at the Castle this morn, dark, cloudy, windy and cold, the butler has had to snatch a few fat teenagers for the furnace and the phone started ringing early from users wanting their fix, the kitchen is prepared for the onslaught. 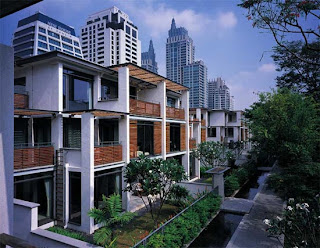 Silly Billy Hague is it seems sitting on an expanding worldwide property empire that is worth more than £2bn.
The number of properties owned by the FCO across the globe has risen to more than 2,300 – at a time when all government departments have been under severe pressure to cut costs.
Two years ago, Foreign Office mandarins threatened widespread sales of British embassies and official residences, as part of a crackdown on the costs of maintenance, staffing and expensive duties including official entertaining. In 2008-09 alone, the FCO sold over £60m-worth of property in 11 countries.
In spite of further warnings about large-scale sell-offs when the coalition came to power last May, the number of UK-owned properties has risen from 2,180 to 2,318 in the three years up to last September.
The value of FCO property in 126 countries around the world rose from £1.7bn to more than£2bn in the same period.
Do we get free hols in our properties?
Lawrence Sherman, professor of criminology at Cambridge University,

Thinks he knows how to cut both crime and the prison population. At a ‘fascinating’ talk at the think tank Civitas last week, he argued that prison is essential to protect the rest of us from hardened and violent criminals. But most prisoners aren't actually in that category: they're guilty of lots of relatively minor offences. And keeping them locked up is not the only way of reducing their criminal behaviour, merely the most expensive.
Instead of being sent to jail, Prof Sherman suggests that criminals in this group should be monitored by the police. When the cops catch them, it will often be better to offer them a deal than to prosecute: the police should tell the low-level criminal that if they go on a drug rehabilitation course, say, or get a job, or go for training, and stay out of trouble, they will not initiate the process of prosecution. If the criminal agrees, but is subsequently caught violating the terms of the deal, then the hammer comes down. But if he keeps his side of the bargain, nothing will happen.
Time will tell……
Over to the land of non earthquakes 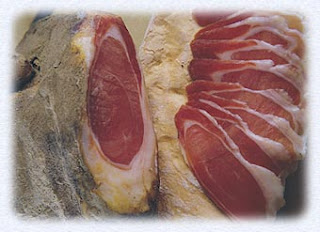 Four people were hospitalised in Italy after a dispute over the thickness of a supermarket's ham slices turned violent.
The row broke out when a 50-year-old woman shopping in the Tuscany town of Livorno yesterday protested that the ham slices being cut by a counter assistant were too thick, ANSA news agency said in a report.

A scuffle unfolded involving the shop assistant's father as well as the woman's husband and two sons.

Police were called and three ambulances were also sent to the scene.

The shop assistant, the disgruntled ham shopper and her husband all suffered bruises and were treated in hospital.

The shopkeeper's father was also hospitalised after feeling ill, the news agency said.

Too thick? They should try shopping at Tesco, you can see through the slices there.
Up in Suffolk 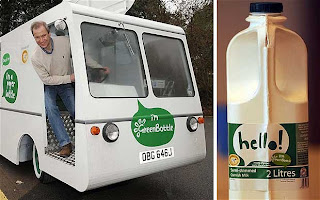 Green Bottle, a tiny Suffolk-based company that has developed a green alternative to plastic bottles is in advanced talks with a consumer goods giant for a global deal to supply it with environmentally friendly detergent bottles – made out of paper.
The company currently has a deal to supply biodegradable paper milk bottles to 15 Asda stores as a precursor to a planned national roll-out with the supermarket chain later this year.
The bottles consist of a paper shell and an inner plastic liner that holds the liquid. While plastic bottles take an estimated 500 years to decompose and can be recycled just once, a Green Bottle paper shell will decompose in approximately five weeks. The paper casing can also be recycled up to five times or can be disposed of on a compost heap.
Spiffing, so how long does it take the plastic liner to decompose?
And finally:
A bit more of Pippa 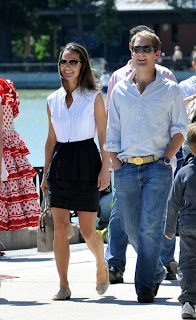 The 27-year-old is enjoying a well-earned break in Spain with a gaggle of girlfriends, and old flame George Percy.

Must be terrible having to slum it like that.
That’s it: I’m orf to not to buy a Google laptop.
And today’s thought: "My shoes are size 2 and a 1/2, the same size as my feet" - Elaine Page.
Angus
Posted by Angus Dei at 07:49 4 comments