Overslept this morning and I feel as if I have been run over by a truck, the brain cell keeps switching off and the RFBC (Rat Faced Bat Cat) has been screaming since 7.00am, but the weather is nice.

And just to make life easier, you can see the weather for my bit of 'Ampshire in the lefthand sidebar at the top.

A sweet firm has come under fire for having characters on their wrapper who look like they are having sex.

Maoam sweets use illustrations of lemons, limes and cherries looking like they are getting fruity.
Now, parent Simon Simpkins of Pontefract, West Yorkshire has complained to the firm after he bought the sweets for his children.

He told The Sun: "The lemon and lime are locked in what appears to be a carnal encounter. The lime, who I assume to be the gentleman in this coupling, has a particularly lurid expression on his face.

"I demanded to see the shop manager and, during a heated exchange, my wife became quite distressed and had to sit down in the car park."

Haribo who make the sweets said the "fun" packaging was introduced in Germany in 2002.

They added: "The jovial Maoam man is very popular with fans, both young and old." 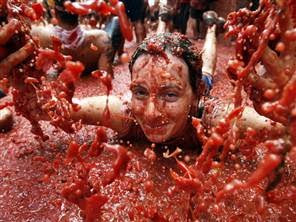 40,000 “people” turned up in Bunol, 25 miles north of Valencia for the annual Tomato fight to pelt each other with 100 tons of the red fruit in the yearly food fight known as the "Tomatina," now in its 64th year.


I have no problem with people having fun, but have you seen the price of tomatoes in Tesco. 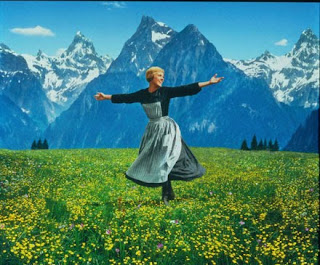 Youth club organisers have found a new weapon to drive out teenagers who overstay their welcome – songs from The Sound of Music.

Staff at the Hilton Community Centre in Inverness took to playing numbers from the musical after some youngsters became reluctant to leave at the end of the weekly youth club.

They have found that by playing songs from the 1960s Julie Andrews hit, such as My Favourite Things and Do-Re-Mi, the youths have been far more willing to leave at the 10pm closing time.

Classical music has also been deployed, including The Ride of the Valkyries by Richard Wagner, and nursery rhymes are being kept in storage for use if necessary.

John Finnie, SNP councillor for Inverness, said the fact teenagers were unwilling to leave was a tribute to the success of the club, which regularly caters for around 80 people.

He said: "It is certainly a credit to the good folk who run the club that they had to introduce this."It is all very light-hearted, but it's also having the desired effect – the young people are not hanging about for any encores."

The musicals seem to be enough for most of them, although there are nursery rhymes waiting to be deployed just in case


Is this a new way of getting the lazy little shits out of bed, or away from the front of your house?

Or will some do-gooder will say it is a breach of their human rights. 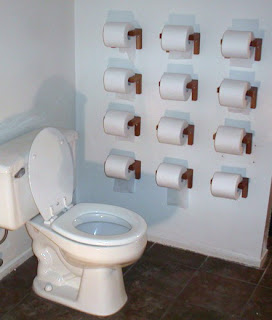 A while ago I posted about the shortage of toilet paper in Cuba, I would put in a link but I can’t be bothered.

Anyway it seems that the problem is being addressed by “retirees” who buy up the surplus newspapers and re selling them as an alternative.

The Havana retiree said he and other seniors line up before dawn to buy surplus newspapers from distribution points for factories and offices that have closed for economic reasons and shortages of electricity and raw materials, The Miami Herald reported Thursday.

The man, who requested anonymity to prevent trouble with authorities, said the seniors buy the newspapers, including the Communist party's Granma, for 20 Cuban cents -- about .007 U.S.
cents.

They then resell them to neighbours for up to 20 Cuban pesos, about 71 U.S. cents, for use as toilet paper.

Best use I can see for newspapers, and shouldn’t that be “ease the blockage” 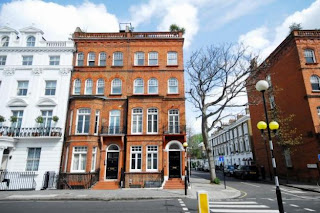 Gordon Brown is facing a backbench rebellion over proposals to cut the benefits of some of the poorest families, it is reported.

Treasury plans to pare back the housing allowance by up to £15 a week will mean some claimants could lose a fifth of their income, The Times reported.

Currently, half of those receiving the housing allowance - about 300,000 people - are helped by a policy that allows them to keep up to £780 a year if they find accommodation that costs less than the maximum benefit.

But from April 1 they will no longer be able to pocket the leftover cash, in a move aimed at saving an estimated £160 million, the newspaper said.

The plan has sparked anger among Labour backbenchers, including Frank Field, the MP who led the revolt against the abolition of the 10p income tax rate.

The backbenchers are concerned that scrapping the policy would destroy competition among landlords, enabling them to raise rents to the allowance maximum.

Mr Field, who is tabling an amendment to oppose the change, told The Times: "At one stroke, they get rid of a reform aimed at getting flexibility into a fairly inflexible market by giving people incentives to shop around.

"The timing for this could have been decided in Conservative headquarters."

Homelessness charity Crisis said people on £65-a-week jobseeker's allowance could lose 20% of their income under the proposals.

The charity's chief executive Leslie Morphy said: "This proposal is ill considered and potentially counterproductive. It beggars belief that the Government intends to introduce this when, by its own admission, it has no idea what the impact on claimants will be. We urge the Government to reconsider."

I should be surprised by yet another 180 by Gord’s Gang but I’m not, is that cynicism or apathy?

I’m off to go and sit by the river.