Tipping down again here in ‘Ampshire, started AT 05.10 this morning, but seems to have stopped now- 08.00, personally I think it is just lulling me into a false sense of security, but the good news is that it’s warm.

A new meaning to watching the tits 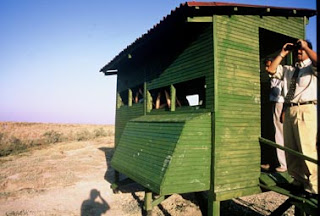 Ornithologists in Lincolnshire are apparently being asked to report visitors getting down and dirty in their hides.

Lincolnshire Wildlife Trust asked visitors to remember that there are rules to be observed while bird watching, and that noise can disturb the animals, and that the hides are for "quiet enjoyment only".

The misuse of the structures, which remain unlocked all night, came to light after a bird spotter heard loud sexual sounds coming from a nearby hide in the south of the county.

Lincoln Police said they were not aware of an increase of reports regarding public sex acts.

Lincolnshire Wildlife Trust spokesman Rachel Shaw said: "Someone complained that they thought they had heard someone having sex in the bird hides in south Lincolnshire.

"It's not a huge, huge problem, I hope this is just a one-off incident.

"On top of that, we've had people cycling, horse riding, and even setting the grass on fire.

"People need to remember that when they visit nature reserves, there are regulations in place to protect the habitat and environment."

So remember if you want to have it in a hide, do it quietly. 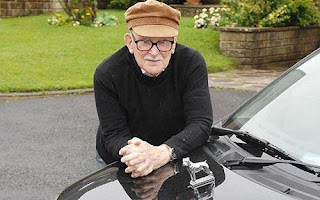 Raymond Smith, who has had a brass model of his dead pet dog on his car bonnet for 50 years has had to get rid of it due to health and safety fears. Since 1960 Mr Smith, from Gillingham, Dorset, has mounted the small model of his boxer dog Colonel on the front of every car he has owned.

The 86 year-old has driven all over Britain and Europe but has now been forced to remove the two-inch chrome-plated dog from his Fiat Panda after the police told him it was a danger to pedestrians and was illegal.

He was told he faced a £50 fine and five penalty points if he ignored them.

Mr Smith, a retired mechanic and test driver for Fiat, had the model dog made in honour of Colonel which he and his wife Faye had as a pet in the 1950s.

The object is attached firmly to the bonnet, he said, and is similar to the Rolls-Royce figurine.

Mr Smith fixed the item onto about 50 cars he has owned over the years, including Sunbeam Rapiers, Ford Cortinas, a Lotus and a Jaguar.

PC Terry Swain, of Dorchester traffic police, said: "Objects on the bonnets of Mercedes and Rolls-Royces are designed to bend or come off in crashes.

"Fixed, solid objects on bonnets are a safety issue because they can cause increased injury to pedestrians if they were in a collision and rolled over the bonnet."

Mr Smith, who has been driving since 1938, has now positioned Colonel on the parcel shelf on the back of his car.

So it is safer to be hit by a Rolls Royce, than a Fiat Panda with a small brass dog at the back of the bonnet, the mind boggles.
High heels are bad for your health 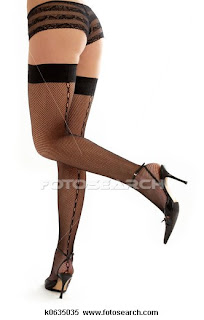 Stiletto heels could be banned from the workplace because of health and safety reasons, according to union bosses.

The Trade Union Congress, predominantly male, has proposed a motion arguing that high heels are demeaning to women while they also contribute to long term injuries.

They propose instead that women wear "sensible shoes" with an inch heel limit in an attempt to avoid future foot and back pain as well as injuries. The motion is due to be debated at next month's conference.

The motion, tabled by the Society of Chiropodists and Podiatrists, states: "Congress believes high heels may look glamorous on the Hollywood catwalks but are completely inappropriate for the day-today working environment.

"Feet bear the brunt of daily life, and for many workers prolonged standing, badly fitted footwear, and in particular high heels can be a hazard. Around two million days a year are lost through sickness as a result of lower limb disorders.

"Wearing high heels can cause long-term foot problems, such as blisters, corns and calluses, and also serious foot, knee and back pain and damaged joints.

"Many employers in the retail sector force women workers to wear high heels as part of their dress code.

"More must be done to raise awareness of this problem so that women workers and their feet are protected."

Have I gone through a time warp back to the 1950’s, what next, no trousers, no makeup, no jewelry, or no sense? 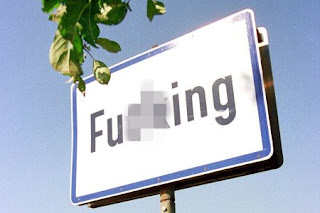 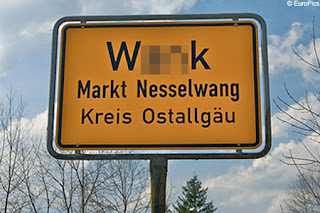 Fed-up residents of the Austrian town of F**king are being offered a helping hand by their German neighbours in a town named W**k. The people of F**king have grown tired of English-speaking tourists acting out their village's name (and also, no doubt, of amused British journalists writing stories about it.)

But now residents of the German town of W**k have told them grasp the opportunity.

Juergen Stoll, who runs the W**k guest house, said: 'The people in F**king should cash in on their fame.

'I have so many visitors here at the W**k guest house that we have the mattresses all in a line in one big room for people to sleep on. Otherwise we couldn't fit everybody in.

In summer visitors can take hikes up the 1,780 metre W**k Mountain, or, if they prefer, take it easy in the four seater W**k cable car that goes all the way to the peak.

There are numerous opportunities to enjoy paragliding at W**k, and in winter it's possible to go skiing on the W**k piste.

Local tourism chiefs say they realised that although the name meant nothing in German, it was a goldmine when it came to attracting English-speaking visitors.

A W**k tourism spokesman said: 'There are W**k postcards on sale although many people prefer to take their own W**k holiday snaps standing beside Welcome to W**k signs.'

F**king recently announced plans to install CCTV to deter tourists from lewd behaviour beside their roadsigns. The mayor of F***ing, Franz Meindl, previously complained: 'We don't find it funny. We just want to be left alone. We don't harm anyone and just want to live in peace.'

Sorry, I’ve got to stop there I think I have wet myself laughing.
And finally:
Nah nah na na nah 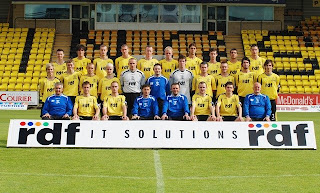 From North of the border.

OUSTED Livingston chairman Angelo Massone has reportedly dumped the cash-strapped club's £20,000 Jaguar – and won't tell officials where it is.

The Italian lawyer had been driving the leased X-Type since taking over at Almondvale last year.
But he has failed to return calls from the club's staff since he left the country at the weekend after he was forced to sell his stake in the First Division club.
Officials, who are desperate to recover the vehicle, are now said to have reported it stolen to the police.
Sources at the club said the car was thought to be somewhere in Edinburgh "probably outside a nightclub or casino".
In June, the 38-year-old Italian was reported to have collected 32 parking tickets at a cost of £2,500 to the club.
He returned to his homeland at the weekend after accepting £50,000 for his 75 per cent share in the club.