The suns not out, the sky’s not blue, there’s loads of clouds to spoil the view but who gives a shit, I’m warm and dry at the Castle this morn.


Not posted properly for a while, my one remaining left handed brain cell seemed to have run out of alphabet and went into standby mode, but after eating a couple of Findus lasagnes from Tesco my “mind” is racing I seem to be back on the gallop with the bit between my teef, full of unbridled enthusiasm and it looks like you are saddled with me for a while.


And talking of equine entrées 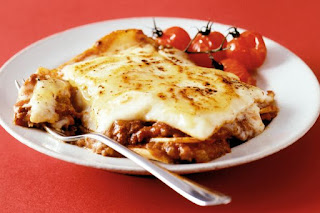 It seems that the secretary for the environment is to meet representatives from the Food Standards Agency and meat retailers and suppliers to discuss the horsemeat scandal.
Owen Paterson said investigations into how beef products had been contaminated with horsemeat were ongoing but "the evidence so far suggests... its either criminal activity or gross negligence".
Tesco, Aldi and Findus have all had to withdraw food products.
Food minister David Heath said frozen food should not be discarded, and advised consumers to carry on eating meat unless told otherwise.
The FSA has asked UK firms to test all processed beef foods, but said it did not "suspect there is any health issue with frozen food".
And Mr Heath said the government's advice was "exactly that" of the FSA.

That’s good because I like horses-roasted, grilled, fried, minced and especially anti inflamed....


But if you are into dobbin dinners here are a couple of cheap, tasty recipes:


Take meat of the second class (flank, topside, collar), place in cold water and cook over a gentle fire, removing the foam and grease as you bring it to the boil. Add salt, a clove of garlic, caramelised onion and a colouring of vegetables, such as leek, turnip, celery, cabbage etc. Leave to cook for seven or eight hours on a moderate fire.


Cook turnips in horse grease; add boiled horsemeat in thin rashers, with salt and pepper; wet with a little horse bouillon; add parsley, chives or shallots, and a dash of vinegar. 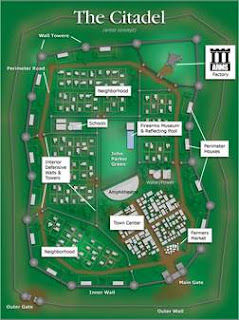 A group of survivalists is inviting people to apply for places in a walled, medieval-style city it wants to build in the woods of northern Idaho.
The proposed fortress community, where residents would be required to own weapons and stand ready to defend the compound if society collapses, would have room inside for up to 7,000 families.
The citadel's promoter, Christian Kerodin was convicted in 2004 on federal extortion charges, and on charges that he illegally possessed a firearm when he posed as a counter-terrorism expert trying to coerce shopping mall owners to hire him to improve security.


He served 30 months in federal prison.
Apparently the compound's primary goal is defending "against a grid-down economic collapse scenario".


Residents would be required to stock enough food and water to last a year.
A 1,200sq ft house in the citadel would cost $686 (£438) a month, whether it was located within or outside the compound's walls.
Allegedly several hundred people have already paid a $208 (£133) fee to apply to live there.
The on-site gun factory would manufacture semi-automatic pistols and AR-15-style rifles, the type of weapon used in the December massacre at Sandy Hook Elementary in Connecticut,


Ah, the old Idaho survivalist I want your money ploy....


East to the capital of neighburgers 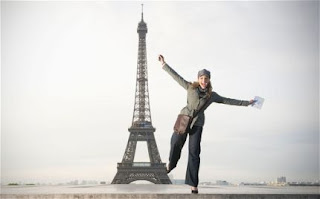 It seems that after many, many years “ladies” will finally be allowed to wear trousers in “gay” Paris.
A French politician has now decriminalised potentially thousands of Parisian women by saying that the law is incompatible with modern French values.
Najat Vallaud-Belkacem, the minister for women's rights, said in a statement that while the order had not been taken off the statutes, it had been made irrelevant by changes in French law.
She said: "This order was aimed, first of all, at limiting the access of women to certain offices or occupations by preventing them from dressing in the manner of men.
"This order is incompatible with the principles of equality between women and men. From that incompatibility stems the implicit abrogation of the order."
City chiefs had originally issued the order in 1800 forcing women to seek permission from police if they wanted to "dress like a man".
The order was later amended in 1892 and 1909 to allow women to wear trousers if they were "holding a bicycle handlebar or the reins of a horse."


Or a burger, lasagne, sausage or any other part of an  equus ...


Even further East to the land of non-existent radiation 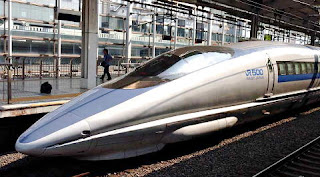 A Japanese railway company on Friday unveiled a new Shinkansen bullet train featuring an improved brake system that can reduce the stopping distance to 300-400 meters while speeding at 270 kilometres per hour.
The Central Japan Railway Company said the upgraded brake system would enhance safety during emergencies like earthquakes.
A large number of railway users witnessed the departure of the company's first upgraded train -- N700A -- from the Tokyo station on Friday morning, Japan's NHK broadcaster reported.
The new model's top speed remains at 270 kilometres per hour, but its improved brake system can reduces its stopping distance from top speed by 300 to 400 meters while the current model requires three to four kilometres to stop.
The railway has been focusing on faster speeds to reduce travel time between Tokyo and Osaka, but the new model instead emphasizes safety in the event of earthquakes or other contingencies, when stopping time is crucial in avoiding serious accidents.
The new model's computer-controlled system also maintains a constant speed regardless of terrain. The company plans to operate the new train between Osaka and Hakata in western Japan also from March 16.


A year after Mr Bean piled up his £3.5 million motor 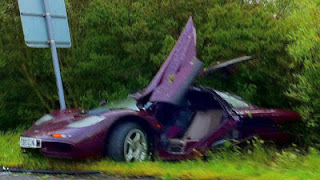 And more than 900,000 pounds Rowan Atkinson’s McLaren F1 is back on the road, Ben Stagg, specialty insurer with RK Harrison, said the quality components used to make an F1 are one reason the repair costs were so high.
All modern supercars are predominantly carbon fibre - most Lamborghinis, most Ferraris - and the smallest ding in carbon fibre is a big repair job," he said. "And part of the engine bay is gold, that's the best heat conductor. It's the materials they used compared to everyday cars that make it so expensive."
He said many owners baby their expensive cars, driving them only a few times a year in perfect weather conditions, but Atkinson actually drives his McLaren extensively.
The unusual repair job, thought to involve one of the largest car insurance settlements in British history, is extensively documented in Classic & Sports Car magazine, with a picture of the burgundy McLaren on the cover.
Atkinson, last seen by many playing piano as Mr. Bean during the opening ceremony of the London Olympics, told the magazine he believes supercars should be used, not sequestered in garages.
"It depresses me when great cars are hidden away," he said. "It's a crime not to use it."


Funny that, the last motor I had that was damaged had a crack in the bumper-and was written orf, must be using the wrong insurance company...


That’s it: I’m orf to avoid some Elephants
Today’s thought:
one way to cut the cost of funerals 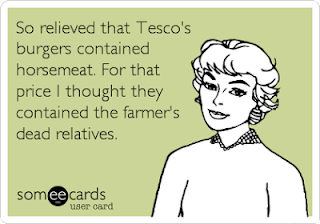