Not much lack of cold, even less atmospheric movement, quite a lot of skywater, and not a glimmer of solar stuff at the Castle this morn.


Just returned from the stale bread, gruel and his Maj’s food run dahn Tesco, still a mess, still expensive but there are fewer “shoppers” staggering about and even less interweb trolley robots.


A slight pause in putting the coloured stuff on me, the floors, walls and ceilings due to the unfortunate fact that I need to do a bit of plastering in the bedroom and the stairwell, but the good news is that I have finally got the hang of the ‘super duper’ paint pad system thingy...

And as the unelected bunch of rich bastards gather in Birmingham to let us know how they are going to screw us even more.
U-Turn Cam informed Mandrew Arr on Auntie yestermorn that there would not be a “mansion tax” on houses valued at over two squillion squids, instead together with the other unelected bit of the Piss Poor Policies Millionaires Club Coalition will be targeting the rich with new measures to help balance the books.
The Prime Monster said his party would "level" with the public about the need for another £16 billion of spending cuts in 2015-16.
"We have to find these spending reductions and if we want to avoid cuts in things like hospitals and schools, services that we all rely on, we have to look at things like the welfare budget," he said.


Too fucking late knobhead, and let me guess who will not have to pay the “mansion tax”-U-Turn Cam, George (alien reptile in disguise) Osborne, the Irritable Bowel Twins and probably most of the rest of the Downing Street sideboard.


Still do not forget-WE ARE ALL IN THIS TOGETHER.


And staying with the CONtossers

Son of a.....Baronet George (my mansion’s bigger than your mansion) Osborne is apparently going to thrill the young, sick, needy and unemployed with a cunning plan to hack yet another £10bn orf the cost of welfare.
Apparently George O has reached an agreement with the Irritable Bowel Twins to reduce welfare spending by another £10bn by 2016-17.
The planned £10bn cuts will be in addition to the reduction in welfare spending of £18bn by 2014 which the “Chancellor” announced in the Budget in March. They will be driven through in conjunction with the introduction of the Universal Credit, which replaces means-tested benefits and tax credits and will be rolled out from next year.


I suppose the only good bit is that by 2016 there may not be a Piss Poor Policies Millionaires Club Coalition.


And the third part of the CONfused Coalition conference CONnflab 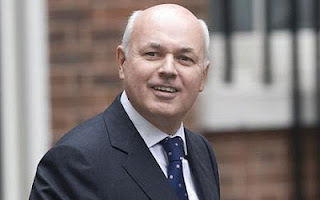 Is that the Irritable Bowel Twins have drawn up proposals for a significant reduction in benefit payments after 2015.
Young unemployed people could be forced to live with their parents rather than be allowed to claim housing benefit, and there are plans to cut the benefits of unemployed families who continue to have more children, and child benefit, income support or tax credits could be withheld from jobless families.
According to the GridIron nearly 1.2 million working adults will for the first time next year face losing some of their benefits if they do not comply with new state requirements to work longer hours, find an additional job or seek higher wages.
The aim is to increase the incentives to work but it means that people will lose money if they don't find extra work, even if there is none available where they live.
There are currently 1.4 million people working part-time because they are unable to find full-time work – compared to 500,000 in 2004.


Don’t blame me-I didn’t vote for this load of dickheads, then again nor did anyone else...


Up in the opposite of Southfolk 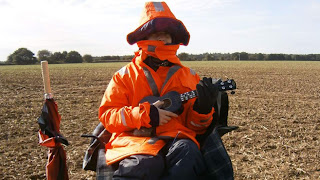 Jamie Fox a graduate in music and English has bagged himself a Worzel of a job as a temporary scarecrow; he spends his days sitting, reading and strumming his ukulele and then leaps into action when birds begin to circle, scaring them with his bright orange coat, accordion and cow bell.
Jolly Jamie is halfway through a fortnight-long stint scaring partridges from a field of oilseed rape near Aylsham, Norfolk.

He said: "I get to sit and read for a lot of the time, but whenever the partridges appear I have to get up and scare them off.

"I ring a cowbell and I've even played the accordion, but the ukulele doesn't seem to have any effect on them."

Mr Fox, who lives in Aylsham, earns £250 a week for his efforts policing the 10-acre field for eight hours each day. He is saving for a planned trip to New Zealand next year.


Worth every penny of his thirty grand “education”...


From the land of very tall, very old people 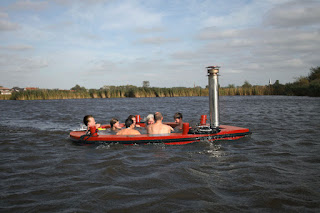 Comes the HotTug, a floating thingy with about 2000 litres of water on board and a wood stove in the front of the boat to heat the water in about 2.5 hours up to 38 degrees Celsius (100 degrees F.) just by making a little fire with normal logs.
And you and up to seven “friends” can enjoy this experience for as little as € 8.950, or if you want to go the whole log € 16.450 for the HotTugboat E-power+ Boat + stainless steel wood burning heater + electric Minnkota RT 160 EM, 4 Zenith batteries of 6 volt / 400 Ah + charger.

Ever wanted to say the hardest word?
This isn’t the way to do it. 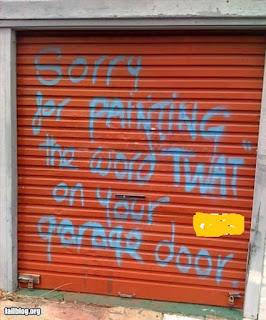 That’s it: I’m orf to tweet U-Turn Cam but I don’t think 140 characters will be enough.

And today’s thought:
Think he is going to need a bigger boat... 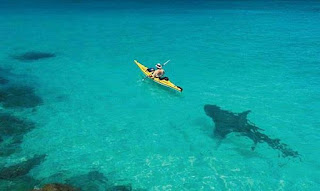