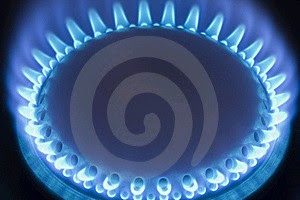 Russia has finally come to its senses-France 24, and has turned the gas back on to Europe.

“Supplies for the EU could take several days to return to normal and Russia's state-run gas giant Gazprom has warned that deliveries would be cut again if Ukraine continues siphoning off gas -- an allegation denied by Kiev.”

Part of Russia’s “problem” was that Ukraine did not have a contract, and that is why they cut the gas off.

The rest of Europe DID have contracts with Russia, but were cut off. Does this mean that Europe can sue Russia for defaulting on their contracts and not supplying?

This one is controversial so I am not going to comment-BBC NEWS HRT 'can shrink women's brains', “Some forms of hormone replacement therapy (HRT) can slightly shrink the brains of post-menopausal women, a US study has suggested.
The findings may help explain previous work linking HRT to an increased risk of memory loss and dementia.

A team led by researchers at Wake Forest University carried out brain scans on 1,400 women aged 71 to 89 who took part in an earlier HRT trial.”


Social mobility: the equaliser-NO CHANCE. BBC NEWS It seems that your chances of “doing well” in life has not improved over the last 50 years, “The UK remains an unequal place to grow up, with success in life largely determined by parents' backgrounds and earnings, a report says.”

If your parents are poor you have the same chance of succeeding as your grandparents did. Martin Narey, chief executive of children's charity Barnardo's, said: “education had "not become the great leveller that many people believed it would be" and investment had "disproportionately benefited the middle classes".”

So what’s new, it has always been the same and it always will be, the UK is a class- ridden society, the “upper classes” have the “upper hand” and they want it to stay that way, this is not a pop at the “middle classes” whatever that is, but a statement about successive Labour, Tory and Liberal Governments that have failed the majority of the people. Many “poor” people have above average IQs, but the potential they have is wasted because they cannot use that potential to improve their lives, poor kids are trapped in poverty, poverty saps aspirations and prevents kids from being what they deserve to be. Of course not all poor kids fail, many struggle to achieve and many do achieve, proving that it can be done, but kids shouldn’t have to struggle, the “powers that be” should provide the facilities that are needed to give kids the confidence and the choice to “better themselves”.

BBC NEWS Heathrow protesters have bought a piece of land earmarked for the construction of Heathrow's third runway. A Greenpeace coalition have purchased Land the size of half a football pitch which will be divided into small plots and sold to people across the world, in order to make compulsory purchase as difficult as possible for the plonkers who think we need another firkin runway at Heathrow.

There is a snag however-

Tom Symonds said “recent planning legislation included clauses that allowed the courts to consider whether or not a land purchase that blocked planned development was "vexatious or frivolous".

This could, in turn, scupper Greenpeace's plans to obstruct the construction for years.

It seems for once the Gov was one step in front, pity they were two steps behind when the economy collapsed.