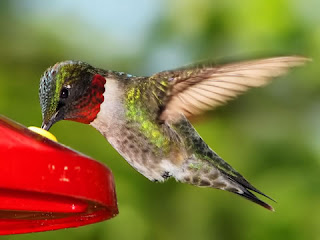 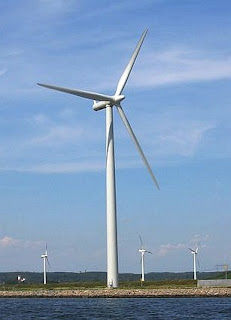 First up-animal rights Late-night noise from spinning wind turbines on an outlying island of Taiwan may have killed 400 goats over the past three years by depriving them of sleep, an agricultural inspection official said on Thursday.

After the eight turbines were installed in the notoriously windy Penghu archipelago in the Taiwan Strait, a neighbouring farmer reported that his goats had started dying, Council of Agriculture inspection official Lu Ming-tseng said.

I’ve had that trouble; it’s all to do with the whining noise coming from the Houses of Parliament, and I live 40 miles away, maybe that’s where the hum is coming from. 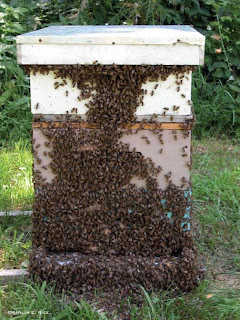 Animal wrongs: Beekeepers are suspected of stealing hives out of desperation at dwindling bee populations and a shortage of honey, it has been claimed.
Thefts of up to 100 hives have been reported in Shropshire, Selborne near Petersfield, Basingstoke and the New Forest.
Given the complex skills needed to handle bees, it is thought that the people who stole them will have been beekeepers in many cases.
Police are virtually powerless to stop the raids but have suggested branding or hiding hives or even fitting them with satellite tracking devices.
John Cosburn, president of the Hampshire Beekeepers Association, recently had six hives worth an estimated £1,800 on the black market stolen from his farm at Micheldever, north of Winchester.
"It has got to be someone who knows about bees, I mean would you want to move 40,000 bees?" he told the Independent.
They must be taking them all to London, and that’s where the hum is coming from (noticed the theme yet?) 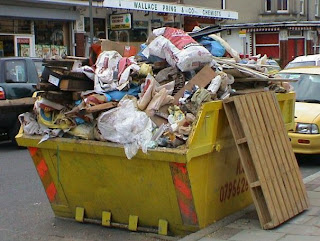 How to beat the recession Jeff Ferrell, a professor at Texas Christian University, has been dumpster diving his entire adult life and even lived off trash for an entire year while penning Empire Of Scrounge (NYU Press).

Ferrell argues that dumpster diving is the most efficient way to live without being wasteful.

Through trash digging he's been able to furnish his whole house and stock his closet with brand-new threads that people throw out.He's found Rolex watches, a bike, and even a diamond bracelet on his daily dumpster dives and since reusing other people's trash, the only thing he ever has to spend money on is beer.Ferrell even finds fresh food in dumpsters behind grocery stores and once found a ton of fancy box lunches in a dumpster on campus, which he shared with his colleagues in the teacher's lounge.He recommends dumpster diving at the end of the month since that's when people move out and toss toiletries and household goods.

I bet he hums! 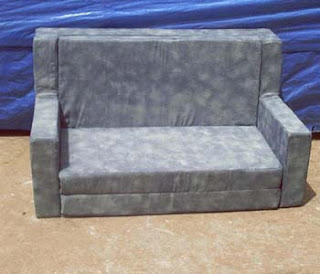 From Russia with hate A woman, who became a widow as she attempted to teach a lesson to her lazy husband, was convicted at a St. Petersburg court. The woman literally killed the man with a divan.

The court brought down a conditional sentence for the period of one year against Vera Lukyanova, 55, and found the woman guilty of involuntary manslaughter,

Fontanka.ru reports with a reference to the press service of the St. Petersburg Office of the Public Prosecutor.

The tragedy occurred in the summer of 2008. The man had a hangover in the morning after he had drunk too much alcohol the day before. His wife was infuriated with her husband’s behavior. In a fit of anger she kicked the convertible divan, on which the man was resting, and the divan folded into two and gripped the man in a vice.

Forensic experts said that the man died instantly: the strong springs of the killer-divan broke the man’s ribs and even his spine. 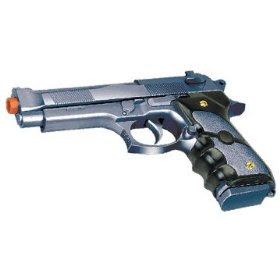 Ouch! I bet that stings A would-be gangster shot himself in the crutch when his gun went off half cocked in his pocket.

Lukas Neuhardt, 27, had forgotten to put the safety catch on when he stuffed the gun into his trouser pocket to impress pals in Saarbruecken, Germany.

He told paramedics that a masked mugger had blasted him in the crutch in a bungled robbery.
But police found a hole in his statement when they saw that the gunshot had miraculously left his trousers intact.
"Instead there was a charred hole in his pocket so either it was the shot of the century or he did it himself," said a police source.
Now - after surgeons stitched his manhood back together - he's facing up to three years in jail for breaching Germany's tough new anti gun laws.
Run out of “hum” comments, but a charred hole in your pocket is nothing to sing about.

10,000 Expected to Moon Amtrak Does pulling down your pants and going loco in front of a locomotive sound like fun to you?

A crowd of 10,000 is exptect to be dropping trou in Laguna Niguel as the California town celebrates the 30th anniversary of the "Mooning of Amtrak."

This tradition started at the Mugs Away Saloon as an alternative to darts, quarters and other lame bar games. And now, every year, on the second Saturday in July, revellers gather before a chain link fence, and pull down their pants as the train passes.

Unfortunately, local officials threatened to call off what some call, "Orange County's Mardi Gras" after some local residents complained of public drunkenness.

After a bit of negotiations, however, the city council has relented. The event will go forward, but with new rules: No more public consumption of alcohol and no more urinating outdoors.

Strangely, no one complained about the bare butts, not even the folks riding the trains. It seems some Amtrak riders even moon back.

What a hummer: sorry bummer!


“A melody is not merely something you can hum”-Aaron Copeland

Angus Dei politico
Angus Dei-NHS The Other Side