Actually slept last night, for six hours, and guess what? I feel worse for it. Absolutely freezing this morn, I thought someone had stolen my car but it was the two inches of frost covering it, I quite like it in white. 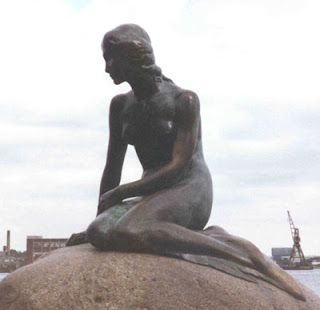 I see that Gord has arrived in Wonderful, wonderful Copenhagen for the Climate Change debacle to ‘save the world’ again, shame he can’t do something at number ten where it seems Carbon emissions have risen by a third in the last year, another case of do what I say. 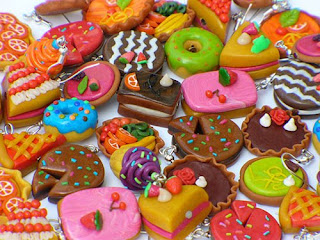 The Palace of Westminster has become a shop. A week after Gordon Brown promised to slash departmental spending as part of a new “Smarter Government” efficiency drive; the Central Office of Information (COI) has announced the winners of its “merchandising and promotional items” procurement contract, worth £8 million.

A company called “Sweet Concepts,” which specialises in branded chocolate and lemon cup cakes and fairy cakes, was awarded a contract for “promotional food and drinks products”.

A spokesman for the COI said that the promotional items contract was worth £3 million, and denied that taxpayers’ money had been spent on cup cakes.

She added: “Our promotional items are practical everyday items that support government conferences and campaigns on important issues such as armed forces recruitment.”

"We buy directly from trade sources helping save government – and ultimately the taxpayer – between 20 and 60 per cent on market rates.” 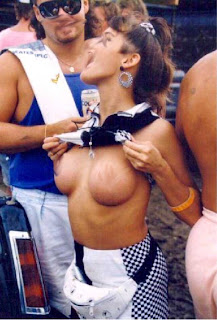 She says she was egged on by a friend to flash her breasts at passing cars while standing in the middle of a road in the South Island city of Invercargill.

But the good times turned bad when one of the vehicles crashed into her.

The 18-year-old rolled over the bonnet, and cracked the windscreen, but luckily was not hurt.

Ms Dudfield pleaded guilty in the Invercargill District Court to one charge of disorderly behaviour.

The judge said the behaviour was dangerous and fined her $220.

Wonder if he asked to see the evidence?

In the interests of decency I have “adjusted” the photo in order not to offend, but I am keeping the original for historical purposes. 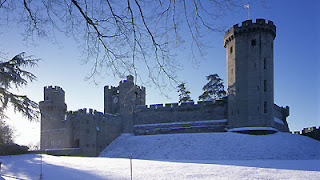 Got £25,000+ to spare? Then you can hire Warwick Castle for Crimbo, Sole access to Warwick Castle on the one day it is closed to the public - December 25 - is being auctioned on eBay.
Bids start at the suitably princely sum of £25,000.

The winning bidder will be the first to celebrate Christmas at the castle since the Earl of Warwick sold the property in 1978.

The buyer and up to 30 guests will begin their day with a champagne breakfast in the library, before opening presents around a 25ft tree in the Great Hall.

Later they will sit down to a seven-course meal and enjoy board games in the Music Room – once a favourite haunt of Winston Churchill.

The day will end with a private firework show and a visit from Father Christmas, before guests are chauffeured off to stay at a nearby luxury hotel, also available to them on Christmas Eve.

Wonder how much I could get for the Angus Castle? 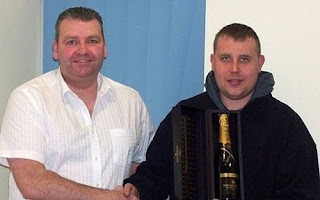 Stephen Foster, a supermarket worker from Gateshead, received a shock was mistakenly paid £1.4 million in wages.

Mr Foster, who works for the Co-operative at their distribution centre in Birtley, Tyne and Wear, first discovered the error when his girlfriend looked at his monthly payslip.

However, Mr Foster decided not to spend the money and instead contacted his employers to arrange repayment.

A spokesman for the Co-operative said: “Due to an error in our wages department earlier this month, Stephen Foster, an employee at our Birtley regional distribution centre, received a monthly salary payment of £1.4 million.

“This was somewhat higher than he would normally expect, but thanks to his honesty and that of his girlfriend, the money was back with us within 12 hours of it being paid to him.

“We were surprised and concerned about our mistake but not by Stephen's exemplary behaviour, which is typical of him.”


And the Co-op gave him a reward..... A crate of Budweiser beer.


Going green can shake you up 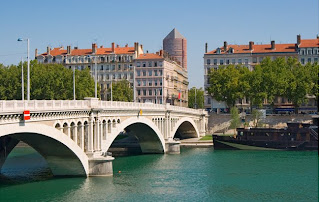 A geologist has gone on trial in Switzerland for allegedly causing earthquakes while drilling for hot rocks to produce clean energy.

The deep drilling underground caused a series of earthquakes in 2006, including one of 3.4 magnitude, rattling residents of the north-western city of Basel. Geopower Basel, the project leader, has already paid around 9 million Swiss francs (£5.3 million) in compensation for cracked walls and other damage on properties near the experiment.

The project was suspended at the time and shut down last week after a risk analysis concluded that more quakes could follow if the drilling continued.

The experiment aimed to be the world's first to generate power commercially by boiling water on naturally occurring rocks 3 miles underground.

On paper, the Basel project looked fairly straightforward: drill down, shoot cold water into the shaft and bring it up again. The superheated water would be capable of generating enough power through a steam turbine to meet the electricity needs of 10,000 households and heat 2,700 homes.

But located on top of a fault line and in the middle of a city, it proved too dangerous to continue, Basel's environmental and economic department said last week.

Mr Haering could face up to five years in prison if a judge rules that he intentionally damaged Basel properties. A verdict is expected next week. 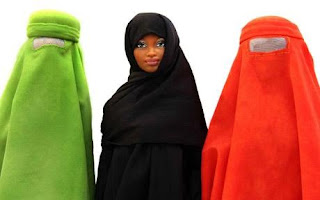 Barbie, the iconic plastic doll, is famed for her glamorous clothes and pneumatic figure – but that tradition has been turned on its head with the introduction of a new burka-clad model.

The look is part of an exhibition, backed by Barbie creator Mattel, of the doll in multicultural outfits by Italian designer Eliana Lorena.

Two of the Barbies are wearing the burka, the loose fitting robe with veiled holes for the eyes which is worn by some Muslim women

The collection of more than 500 Barbies is being sold at a Sotheby's charity auction in Florence, Italy, in aid of Save The Children.

The sale is part of Barbie celebrations for her 50th anniversary this year.

Britain's biggest Barbie collector Angela Ellis, 35, who owns more than 250 dolls, said: "I think this is really important for girls, wherever they are from they should have the opportunity to play with a Barbie that they feel represents them.