We are all in this together-aren’t we?

Another odd start to the morn at the Castle this Sunday, sunny/cloudy, warmish, calm and dry, every time I went out yestermorn it rained, every time I came in the sun came out so I tried to fool “it” by walking out backwards-didn’t work, I still got soaked.
Can’t seem to find any “interesting” news so a selection of articles that prove that “they” are all together and “we” are in it.
First up: 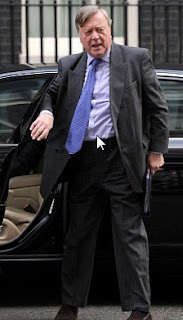 While we are paying near on six quid a gallon for go-juice, Old Fart Ken Clarke has spent £212,991 on his ministerial car in the past year.
The 70-year-old's extravagant use of the official perk comes despite orders from David Cameron for Ministers to use public transport if possible.
The Justice Department refused to break down the cost of Mr Clarke's car into individual journeys, stating only that he 'had an allocated car which other members of the ministerial team make use of where possible'.

Figures released to Parliament show Mr Clarke did not use public transport for any official duties.
Strike one. 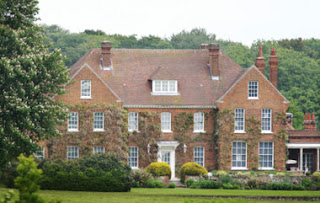 While housing benefit is being cut Reptilian alien in disguise George (son of a b.........aronet) Osborne spent £51,322 on his grace and favour slum Dorneywood in 2010, The total costs for running the Queen Anne-style house, which is set in 200 rolling acres of Buckinghamshire countryside, were £413,420, compared with £332,791 in 2009, according to the charitable trust that looks after the property.
Heating and lighting costs at the house, which was given to the National Trust by Lord Courtauld-Thomson in 1947, also rose, from £30,699 in 2009 to £49,591.
Strike two.

While legal aid is being “minimised”
Indefensible legal claims for mistakes by doctors and nurses are being contested unnecessarily by "macho" NHS lawyers, the head of the Law Society warned as the bill for damages exceeded £1bn for the first time.
Linda Lee, the society's president, told The Independent on Sunday that court battles – and costs – over medical blunders were being drawn out by health trusts when they should settle early "for the good of the patient". She warned that plans by Kenneth Clarke, the Justice Secretary, to scrap legal aid for clinical negligence cases will limit access to justice for thousands of victims of botched operations and misdiagnosed illnesses.
Ministers are determined to halt "a rising tide of litigation" in the NHS, and will publish plans to abolish legal aid for all clinical negligence cases within weeks. Patients will be told to use "no win, no fee" lawyers instead.
Last year, a quarter of all clinical negligence claims were funded by legal aid, with a third of legal aid cases brought on behalf of children. Mrs Lee said the removal of legal aid would increase "hurdles" for claimants. "I don't believe that people should say 'this is too expensive for the Government so they don't deserve their chance'."
Strike three. 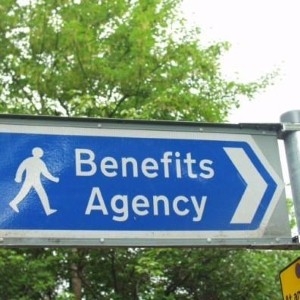 While benefits are being cut.
Taxpayers are being kept in the dark about millions of pounds of benefits shelled out to foreigners.
There are no official records kept of how many there are, which countries they come from or how much they are claiming.
The astonishing admission came from Employment minister Chris Grayling.
He has ordered a review to find ways to ­collect data on income-related benefits paid by the Department for Work and Pensions.
The Treasury, which is responsible for child benefit payments through HM Revenue & Customs, checks its figures.
That is how it emerged 40,000 non-resident Polish children got the handout.
Non-EU nationals must live in Britain for two years before being allowed to join the 1.5 million Jobseeker’s Allowance claimants.
But EU citizens are ­entitled to immediate housing and council tax benefits if they work here.
Strike four.
A bit more of Pippa 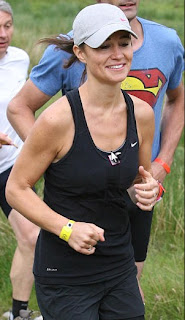 Pippa Middleton might be expected to enjoy the odd taste of the high life
But the 27-year-old appeared more royal than many of the Royals themselves, flying in to a charity race in a private helicopter.
In an arrival which would have been more suited to Prince Andrew – noted for clocking up air miles – she touched down at a duathlon in a £1,000-an-hour aircraft.
Miss Middleton had opted to avoid the two-and-a- half-hour car journey from Inverness, instead spending 25 minutes in the air with team mates Rosie Laing and Jake French, and a third unnamed male friend.
They boarded the helicopter, owned by PDG Helicopters, at Inverness airport ahead of the 11am start of the race, which is split into a 20-mile run and a 30-mile cycle. If they had paid the £1,000 hourly rate – the minimum booking – it would have worked out at £250 a head for the trip.
However, a PDG executive, who was also competing in the race, flew himself to the start line, along with a group of guests.
The company said one of its helicopters had made two trips to the race – one with the boss and the other a private group. It refused to say which flight Miss Middleton was on.
Strike five.

Make your own minds up.

That’s it: I’m orf to check out my black hole.
And today’s thought: “The true hypocrite is the one who ceases to perceive his deception, the one who lies with sincerity”