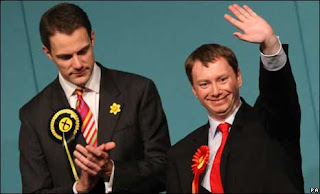 BF5 over the opposite to light thing, didn’t need to get an appointment with the medical people, I found some stuff that I had left over from the last falling down thing and am feeling much better.

Many thanks for all your “well wishing”.

And I enjoyed my day in the four poster apart from the phone ringing every half hour.

I see that Labour managed to win the North East Glasgow by-election despite a poor turnout; one down six hundred odd to go. 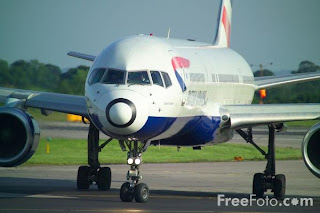 BA is merging with Iberia, which will probably mean job losses, the new name will be “TopCo” personally I think “Baberia” would be better; reminds me of that Jane Fonda movie, or was that Barberella?

Salt and vinegar on that Alfie? 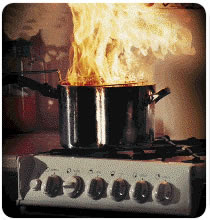 From west bit and up: A hungry dog is being blamed turning on the heat under a chip pan which set fire to his owner's kitchen - causing £6,000 damage.

Paul Gregson believes his pet retriever Alfie was looking for food when he jumped up and nudged a switch on the family's range oven, reports the Daily Post.

Fortunately Mr Gregson, his wife and their sons Charlie, 10, and Patrick, seven, - and Alfie - all escaped from their burning home unhurt.

He said: "The dog sleeps in a basket in the kitchen. He went on top of the cooker looking for something to eat. He kicked a switch and there happened to be a chip fryer on top, which went up."

"The breed is a cross between a pointer and a red setter. They are slow to mature - if they mature at all. He exists to eat. He's a walking stomach," he said.

The Gregsons were awoken by smoke detectors at midnight.

Mr Gregson said: "At first we were disorientated. We thought 'What the hell's that noise?' My wife then rang for the fire brigade and we went downstairs and got everyone out the door.

"The fire brigade were incredible. They got here in less than five minutes."

Glad everyone’s alright, but did Alfie get his chips? 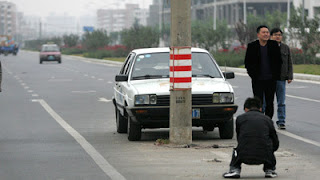 From east quite a lot and up a bit:

Potty planners have managed to leave a 40ft pylon in the middle of a six lane highway.

The unmarked and unlit pole - in Zhengzhou, central China - has been the cause of dozens of accidents as unwary drivers smash into it.

And road signs only a few yards from the pole show an arrow directing driver’s right into it at 50mph.

"We have complained to the council but they say it would cost too much to bury the cables underground so we are stuck with it," said local resident Chang Feng, 33.

The problem was caused when the road was widened and made worse when builders added an arrow less than 350 feet from the pole pointing straight at it.

The utility pole belongs to the local power authorities who explained that the pole used to be on the road side, but due to the widening of the road, the pole is now in the middle of the road.

A spokesman from the power authorities said: "They should have informed us before the road widening project, but none of us knew this. Now it's too expensive to move the pole."

No body own a hacksaw in Zhengzhou then? 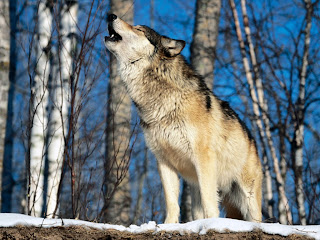 From up north a bit: Steve and Caroline Cartwright's "howling" lovemaking sounded "unnatural", "hysterical" and "like they are both in considerable pain", Newcastle Crown Court in north-east England heard.

A 10-minute recording of their sex sessions was played out before a judge and two magistrates in the court, who also heard how Mr Cartwright tried covering his wife's face with a pillow to muffle the orgasmic screams.

Neighbours at their home in Washington, south of Newcastle, complained about the noise, as did a woman who walked past the house taking her child to school, and the local postman.

The couple were banned from "shouting, screaming or vocalisation at such a level as to be a statutory nuisance", but Ms Cartwright, 48, is appealing against her conviction for breaching a noise abatement notice.

Ms Cartwright said she was unable to stop the din.

"I tried to control it. I even tried to use a pillow (over my face) to try and lessen the noise," she said.

"I have tried to minimise the situation by having sex in the morning, not at night, so the noise was not waking anybody."

Next-door neighbour Rachel O'Connor said: "It's just quite unnatural. The noise sounds like they are both in considerable pain.

"I cannot describe the noise. Totally excessive and I have never ever heard anything like it.

"I put my television in my bedroom on as loud as it could go and they drown it out."

The romps typically started at midnight and lasted several hours, the court heard.

The local council set up special equipment in Ms O'Connor's flat and recorded noise levels of between 30 to 40 decibels, peaking at 47.

She said when the couple was confronted by the council, "Mr Cartwright held his head in his hands but Ms Cartwright seemed to find it quite amusing".

"I found it very disturbing and I noted that it sounded like she was being murdered. It was very alarming," she said.

The hearing was to continue Tuesday (local time).

Earplugs are available at the door, I was going to do the “I was a werewolf but I am alright NOOOOOW, but I decided against it.

How to ride a bike-see page 93 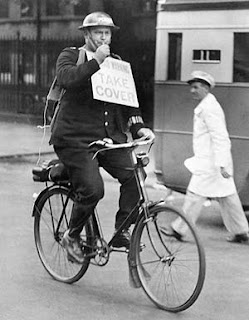 The Association of Chief Police Officers has managed to spend thousands of pounds on a 93 page ‘bible’ to instruct coppers how to ride a bicycle.

Officers are given a step-by-step guide on how to brake and avoid obstacles like kerbs and rocks, how to balance, stop and get off a bike safely and are also warned not to tackle criminals while "still engaged with the cycle".

Volume two of the booklet tackles manoeuvres such as deployment into a junction” or how to turn left and right into a corner, complete with a handy diagram.

The guide has been drafted, but it has not yet been published and distributed among officers.

An ACPO spokeswoman said: "This guidance may have been drawn up by ACPO but we haven't fully approved it yet."

The "mandatory" national guide, drawn up by the Association of Chief Police Officers, has been heavily ridiculed. 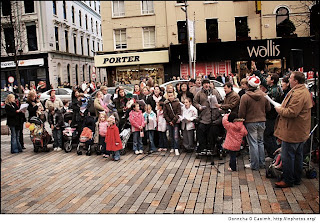 From that place next to Yorkshire: Police and neighbourhood watch organisers in one area of Lancashire have produced official notices for nervous residents to place in their windows telling the festive singers not to call.

The yellow postcard-sized signs, which are also being handed out at libraries and GPs’ surgeries, read: “Sorry no carol singers, I won't open my door to you.

Produced by the Safer Chorley and South Ribble Partnership, an umbrella body for police, local councils and neighbourhood watch groups, they have already been distributed in Penwortham, a middle class suburb of Preston and there are plans to hand them out more widely.


Chief Inspector Richard Robertshaw of Lancashire Police said “Singing Christmas carols is a wonderful tradition which we encourage, as long as children are considerate,”

“But while carol singers bring festive cheer to many, we must bear in mind there are residents who for a variety of genuine reasons, are not comfortable with having groups of people at their doors.”