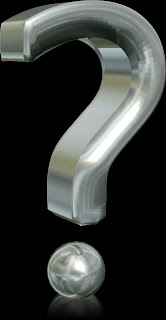 Motorist's wee mistake A driver in Italy stopped his car in Montemignaio to take a leak; unfortunately he had left the car on an icy slope, the vehicle slid down the slope and over a cliff, with his wife and children inside.

The car fell 50 feet before being stopped by a tree, luckily no one was hurt.
A police spokesman said: "He hasn't been charged with any crime but he's definitely going to get a life sentence of backseat driving from now on."

But it was only a piddling mistake.

Short-sighted farmer sets fridge alight a short-sighted Austrian farmer set his house on fire after mistaking the fridge for the fireplace.
He had left the fridge door open, and feeling cold decided to light a fire, he put the firelighters and wood in the “fireplace” and the fire took hold.

The 87 year old said he “will get better spectacles in the future.”

I would get a live in carer if I was him.

Man had tag fitted to false leg oh yes we are not immune, Bret Ravenhill who had lost his leg six years ago in a motorcycle crash was found guilty of Cannabis possession.

He was given the tag to enforce a curfew, the Group Four worker fitted the tag, unfortunately she failed to notice that the leg was made of metal, and was false.

Bret said “I didn’t break my curfew once, but I could have. But what if they'd done the same thing to an armed robber?
A Group 4 spokesman commented: "It would appear that in this instance the procedure has not been followed."

From somewhere else
One law for some ROD Stewart was criticised last night after his vehicle was driven down a road which was shut for safety reasons.
On big match days, vehicles are banned from using the road for about 30 minutes because fans leaving Celtic Park stream out along it.A senior officer took advice by radio as the limo driver pointed out he had a VIP in the back and the officer waved him through.
The Celtic-mad singer decided to leave five minutes before the end of yesterday's Old Firm game to miss the crush. His luxury vehicle was halted at London Road in Glasgow by police who had closed the road five minutes before.
Chief superintendent Paul Main, of Strathclyde Police, said: "A decision was made in the interests of public safety."

Sacked Thatcher compares Britain to East Germany Carol Thatcher has hit back over her 'Golli-gate' sacking and compared Britain with communist East Germany.

She refused to apologise for calling a French tennis player a 'golliwog' and claimed people were 'far too easily offended in modern society'.

The 55-year-old daughter of former Prime Minister Margaret Thatcher also branded the person who leaked her comments a 'bully'.

She was sacked from the BBC's The One Show for her off-camera 'golliwog' slur.

I have a fiver for a plane ticket for her to anywhere else but here, any one care to
contribute?


And finally: From the Telegraph

Barack Obama sends bust of Winston Churchill on its way back to Britain
A bust of the former prime minister once voted the greatest Briton in history, which was loaned to George W Bush from the Government's art collection after the September 11 attacks, has now been formally handed back.
When British officials offered to let Mr Obama to hang onto the bust for a further four years, the White House said: "Thanks, but no thanks."
Now it is likely that Gordon Brown will offer a alternative symbol of Anglo-American fealty when he visits Washington to meet Mr Obama for the first time since he became President. Diplomats are still working to finalise a date for the visit which is expected in the final week of this month or early in March.
Yeah, probably a “bust” of an arse so that Gord can kiss it.

‘People have this illusion that all over the world, all of the time, all kinds of fantastic things are happening. When in fact, over most of the world nothing is happening.’ David brinkley