Sitting here in the dark this morning, it is drizzling and warm, so it looks like the radiator won’t be going into the car then. My young lady is coming to cut my hair today, and yes I know I said that last week but I got the wrong week, as I did with my dentist appointment which is on Thursday, I told you I had a very bad memory.


No dee-daws today, but I do have a magpie in the garden which is making enough noise to shatter a glass. 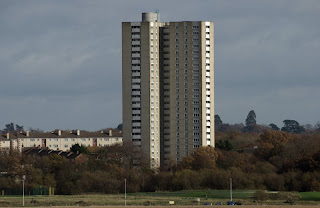 A six-year-old boy survived a 70ft fall from an apartment balcony in Sweden after he was caught by a passer-by.

Rescue workers had been trying to pull the youngster back into the seventh floor flat in Gothenburg when he plunged to the ground into the arms of Lars Gunnarsson who'd stopped to watch the drama.

Police spokeswoman Pia Goksoyr said officers had seen the boy dangling from the window and rushed to help him but had been unable to reach him in time.

But Ms Goksoyr said the boy's life was saved as the man managed to catch him and break his fall.

She said: "The man saw the boy hanging from the window and tried to catch him. He caught him and broke the fall and probably saved his life. But the boy was still hurt and is being treated in hospital."

Ms Goksoyr added: "It may be that the boy shut himself in his room to be by himself and the parents outside the door in the apartment were unaware of what had happened."

What's in a name? 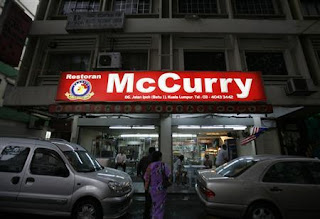 McDonalds lost an eight-year trademark battle against a Malaysian curry restaurant after the country's highest court allowed the latter to use the prefix 'Mc'.
Malaysia's Federal Court dismissed an application by McDonald's Corporation to appeal against an earlier Appeals Court judgement which allowed McCurry to use the prefix.
Chief Judge of Malaya Ariffin Zakaria, reading the verdict of the three-person Federal Court in the administrative capital, said McDonald's had failed to properly frame its questions when applying to challenge the Appeals Court's earlier verdict.
"It is unfortunate that we have to dismiss the application with costs," Ariffin said.
McCurry, which is short for "Malaysian Chicken Curry," serves Malaysian staples including fish head curry, according to the company website (www.mccurryrecipe.com).
"We feel great that this eight-year legal battle is finally over, and we can now go ahead with whatever we plan to do such as opening new branches," McCurry owner P. Suppiah told Reuters after the court decision.

Oh good that means that all the people with “Mc” in their names are safe from persecution from the big boys.
Money Matters 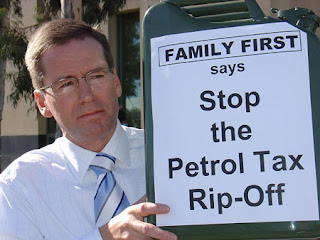 Over the pond Family First Senator Steve Fielding has stumbled while trying to clarify his views on the economy.
Senator Fielding has frequently recently mispronounced "fiscal policy" as "physical policy".
Speaking to journalists this morning he was questioned about the mispronunciation.
"I'll make it quite clear: fiscal, F-I-S-K-A-L," he spelt.
The journalist repeated his misspelling, at which point Senator Fielding corrected himself.
"F-I-S-C-A-L. Yeah, fiscal."
Senator Fielding has argued against a Greens push for a Senate hearing into the stimulus spending, saying it would only be worthwhile if Reserve Bank governor Glenn Stevens appeared as well as Treasury secretary Ken Henry.
He has argued it is important to consider both monetary and fiscal policy.
“S: (adj) fiscal, financial (involving financial matters) "fiscal responsibility"”

Read and digest Steve, I suppose that counts as a Numpty for the day. 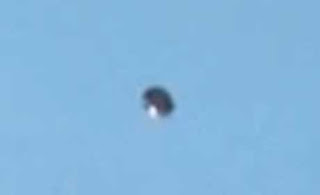 The UFO world is alive with speculation that China is about to reveal details of startling and detailed footage of an unidentified flying object taken during the solar eclipse on July 22.

Scientists at the Purple Mountain Observatory in Nanjing are reported to have confirmed that they filmed a UFO during the eclipse for 40 minutes. They say that they will spend the next 12 months studying the footage before drawing any conclusions.
The incident follows a series of UFO sightings in China which culminated in an object being captured on film by students in Deqing. The footage, which was featured on Chinese television, appears to show the object repeatedly changing shape after initially appearing as a glowing blue sphere.
It's an under inflated weather balloon; or is it?

And finally:
Churchill says "Oh NO" 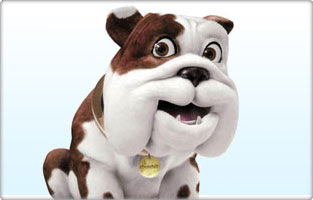 Computer engineers topped the list of those professions making the most accident claims in the last three years, according to figures from Churchill Car Insurance.
The second most-claiming professionals were sales managers, followed by chefs, students and doctors.
In contrast, farmers had the best road safety records based on claims made, followed by aircraft fitters, stores personnel and ambulance drivers.
Tony Chilcott, head of Churchill Car Insurance, said: ''The poorer claims experience associated with computer engineers, sales managers, chefs and doctors most likely reflects the long hours they work in a very stressful job. As a result, they are more likely to be tired when driving and possibly distracted.
''Estate agents make lots of journeys in their cars during the day – dashing to see clients in urban areas and often parking wherever they can when they arrive.''
He went on: ''Conversely, those who have jobs which involve working outdoors or who drive for a living tend to have fewer accidents.
''Farmers have a lower claims frequency because they live and work in rural areas with less congestion, which are likely to be more tranquil to work in than a stressful office environment.''

So tell your insurer you are a social worker if you want the lowest premiums, nobody will like you but money talks.