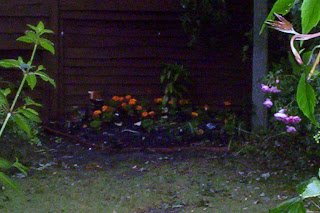 Back to “normal” summer meteorology at the Castle this morn, sky water all over the place, calm and coolish, I did a bit of fettling in the garden yesterday where the dead lilac used to be (see pic), and his Maj climbed the flowering cherry tree, climbed out on a branch about ten feet up and promptly fell orf, luckily he landed on something soft-his head.
I see that the RAF has bought 14 really big aircraft at the cost of £10.5 billion 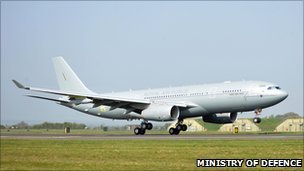 The Voyager has a 60-metre (197ft) wingspan and is nearly 60 metres long.
It can carry almost 300 troops more than 6,000 miles and will replace the long-serving VC-10 and Tristar.
The RAF has bought 14 of the aircraft under a 27-year private finance initiative contract worth £10.5 billion with the Air Tanker consortium.
The service will provide training and maintenance, as well as new purpose-built buildings at RAF Brize Norton in Oxfordshire, the RAF's air transport hub.
Let’s hope they still have the pilots to fly them...
And, according to the Torygraph 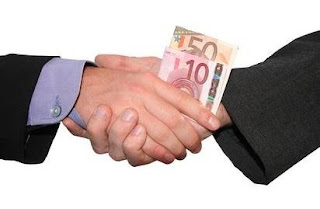 Senior NHS managers are being handed 'golden goodbye' redundancy packages topping £100,000 as the service struggles to cut in half the amount it spends on bureaucracy.
Some managers at primary care trusts (PCTs) are being given payouts of more than a year's salary, resulting in the six-figure handouts.
At NHS Leeds, one was handed £117,485. At NHS Blackburn with Darwen Care Plus Trust, two have been made redundant since April 2010 on average payouts of £117,284.
And in a third trust, NHS Greenwich in London, 12 employees were given redundancy packages worth on average £83,848.
The figures come from Freedom of Information requests made by the Health Services Journal to all of England's PCTs, of which just over a third (57) responded.
Under some contracts employees are eligible for up to two years' salary, if they have worked for the NHS for long enough.
That means chief executives could feasibly take home more than £250,000 if made redundant. The most senior managers could pocket just under £200,000.
A more recently introduced programme is more stringent. Under the Mutually Agreed Resignation Scheme (MARS), employees can opt for redundancy and claim up to a year's salary, if they have 24 years' service.
Among the 57 authorities that responded, 641 employees have received redundancy packages under MARS and 776 outside the scheme since April 2010. The average payout under MARS was £18,196 while for all others it was £19,552.
So there won’t be any savings for a year-or two-or.....
It seems that U-Turn Cam and the knobs from News International are a bit cosy 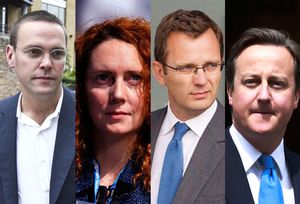 The scale of private links between David Cameron and News International was exposed for the first time last night, with the Prime Minister shown to have met Rupert Murdoch's executives on no fewer than 26 occasions in just over a year since he entered Downing Street.
Rebekah Brooks, who resigned yesterday as chief executive of Mr Murdoch's Wapping titles over the escalating scandal, is the only person Mr Cameron has invited twice to Chequers, a privilege not extended even to the most senior members of his Cabinet. James Murdoch, News Corp's chairman in Europe and the man responsible for pushing through the BSkyB bid was a guest at the Prime Minister's official country residence eight months ago. And the former NOTW editor Andy Coulson – who was arrested this week in connection with police corruption and phone hacking – was invited by Mr Cameron to spend a private weekend at Chequers as recently as March
U-Turn Cam and Ms Brooks, who are neighbours in West Oxfordshire, met over Christmas – including a get-together on Boxing Day – just days after Vince Cable was relieved of responsibility for deciding the fate of News Corp's BSkyB bid. Downing Street has always refused to discuss what they talked about, but officials insist that the subject of the BSkyB takeover was never raised.

Methinks the smell of Pisci is in the air.
Right a bit to the land of long bent blowy things 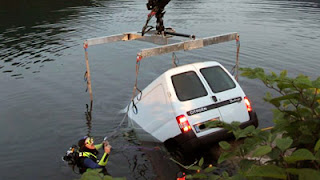 An Austrian woman looking for a short cut to a bathing lake got that sinking feeling when her satnav took her straight into the water.
Fire fighters had to be called in to pull out driver Petra Lang's van with a mobile crane at the Grundlsee Lake, near Bad Aussee, before it could pollute the water.
Ms Lang, 27, from Salzburg, managed to get out without help before the van sank.
"We managed to get the van out before the lake water was polluted. The driver was very embarrassed - drivers need to be more careful when using their satnavs and use a bit of common sense."
Luckily nobody was hurt in the accident as the lake was full with swimmers cooling off from the soaring summer temperatures in Austria. The van is a complete write off.
"She insisted that the Sat nav system was to blame - she said she typed in that she wanted to go to the lake - but got closer than she intended," said one rescuer.
Ah, the old “it wasn’t me it was the Sat nav” defence... 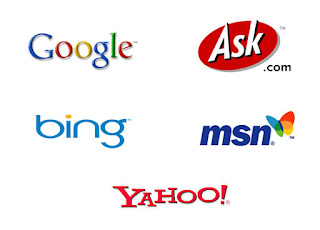 Apparently widespread use of internet search engines and databases such as Google and IMDb.com to find information is making people lose their memory, scientists claim.
Researchers found increasing number of users relied on their computers as a form of “external memory” as frequent use of online information libraries "wired" human brains.
The study, examining the so-called "Google effect", found people had poor recall of knowledge if they knew where answers to questions were easily found.
The scientists from Columbia University, in New York, found people were increasingly bypassing discussions with friends to use the internet as their main source of information.
Experts blamed the findings, published online in this week in the journal Science, on popular search engines such as Google, Bing, Yahoo and databases such as Wikipedia and IMDb.com, the movie information site founded in Britain.

Yeah right-now what was I saying?
There is a new “sport” emerging across the globe 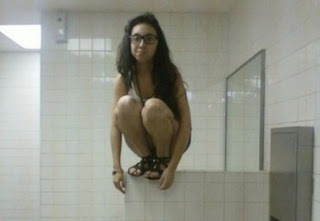 'Owling' is the new online picture craze that is turning heads across the world.
Owling involves perching on your haunches and staring into the middle distance, just like everyone’s favourite bird of prey.
Hundreds of people in the US, Australia and now Britain have posted pictures of themselves taking part. Extra kudos is earned by those who do it in unusual, and often fairly precarious, places.
The craze already has two Facebook groups dedicated to it, with more than 1,000 Owling mad members.
It follows the sudden rise in planking – in which people took pictures of themselves lying face-down in odd locations.
Owling Planks?
And finally:
A nice little property investment 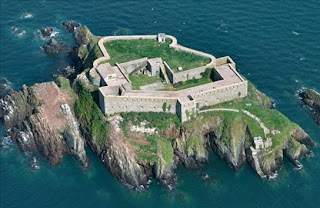 A Castle has gone on sale, for £750,000.
Thorne Island Fort off the coast of Pembrokeshire offers great views and fantastic privacy —: as it can only be reached by boat.
It comes with a master bedroom in the tower, kitchen, living room, games and dining room and even a parade ground.
The listed castle, built in 1854 to fend off French invasions, is just under a mile away from the mainland.
It used to be a hotel but has been empty for a decade.
No thanks, already got one, anyway it isn’t really a Castle-no towers....
That’s it: I’m orf to get the latest iPhone app.
And today’s thought: As you journey through life take a minute every now & then to give a thought for the other fellow . . . they could be plotting something.
Angus
Posted by Angus Dei at 07:50 3 comments 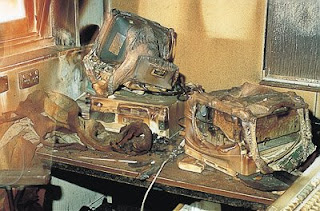 Yesterday my internet connection died, it was about 6.30am, and I was in the middle of a post, it would come on for about 30 seconds then go off for ten minutes, I am sure you have all had the same thing, totally frustrating and annoying, and when you try to find out what happened you either have to pay exorbitant phone charges or check it out on the website, which you can’t flaming access.

Still it is working today (obviously) so:

Ananova one is not too chuffed.

A Buckingham Palace footman caused £60,000 damage when he spilled a trolley of drinks on a carpet that had only just been laid.
It happened in the 156ft long Picture Gallery which had been recarpeted at great expense two days earlier, reports the Daily Mail.
The footman was wheeling the trolley of hot drinks across it when one of the wheels fell off and the drinks scattered.
The Mail quotes an insider as saying: "It took three days to lay the carpet and it had only been down for two days when the accident happened. No one could believe it.
"They had a spare section of carpet which officials thought would cover unforeseen accidents in the future - not in the same week it was laid. They've had to use it all up at one go."
The part-time footman had been sent to take tea and coffee to a staff meeting being held in the Picture Gallery.

Obviously not from Carpet Right then.

Ananova is your pussy pampered?

The Swarovski crystal-encrusted cat flap is billed as the latest 'must have' pet accessory that will brighten up any back door.
Encrusted with more than 1,000 Swarovski crystals, it sells for £1,000. Designers Doors4Paws claims a 'minor celebrity' has already placed the first order.
The firm sells a number of special cat flap designs, including one in the style of a stable door and another based on a Roman arch.
However, the design currently generating the most interest is the Swarovski cat flap, says a company spokesman.

Bit out of my price range!

Oddly Enough Reuters BEIJING (Reuters) - Chinese police have detained a Nigerian who nervously left a suitcase packed with 87 kg (190 lb) of marijuana at the airport, only to get caught trying to recover it the next day, Chinese media said Wednesday.

After arriving in Beijing from Lagos, the man left the suitcase, stuffed with 72 bricks of marijuana wrapped in black plastic bags, "fearing tight security," the China Daily said.

The man was detained the next day when he returned to claim the suitcase, the paper said, the biggest drugs bust this year.

Not the sharpest knife in the draw.

Oddly Enough Reuters A Philippine plane with 80 passengers aboard was seconds away from a crash when a man teaching his girlfriend to drive sped across the runway as the aircraft landed, newspapers reported Tuesday.

The Cebu Pacific plane briefly touched down at Legazpi airport in the central Philippines Saturday but took off again as the van being driven by the couple crossed the runway, the Philippine Star newspaper said.

The man is the son of a local aviation official, who has been ordered suspended from duty.

ABC News A town in Japan has come up with a novel way of beating the country's crippling recession: by extracting gold from its sewage.
The appropriately named town of Suwa in the Nagano Prefecture is collecting the precious metal from the waste it processes, earning the sewerage plant hundreds of thousands of dollars.
Sewerage plant official Yoshihide Nakayama is in charge of reclaiming the gold.
"When we found the gold in the sewage we immediately put it under lock and key," he said.
Mr Nakayama's line of work is not for those with a weak stomach or a delicate constitution.
His plant treats 140,000 tonnes of sewage a day.
Sludge is extracted from the effluent, and the residue is compressed and dried, producing fly ash.
It was in this ash that plant workers began discovering gold.
In the last six months this rolled-gold sewage has earned Mr Nakayama's business more than $250,000.

NHS-THE OTHER SIDE
Posted by Angus Dei at 07:33 5 comments