Cold dark, dismal and damp at the Castle this Sunday morn, I have been channel hopping the news programmes on the box-Libya, Libya, Libya, Libya and …….Libya.
And the “rest” of the news after Libya on Radio four-Egypt.
It seems that nothing is happening in dear old Blighty, apart from the “all in this together” populace being broke, unemployed, starving, cold and dying. 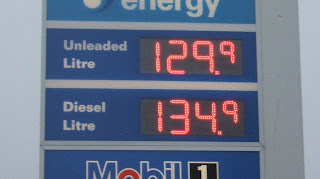 Still’ the new dark Lord George (I am only in it for the fame and money when I leave politics) and alien reptile in disguise- Osborne has “promised” that he is “doing everything I can to find a way to help.” over the price of motor fuel.
George is expected to use the Budget, in two-and-a-half weeks’ time, to announce that a planned rise in fuel duty, 1p above the level of inflation and to take effect from 1 April, will be scrapped.
While putting up the price of the road fund license at the same time, not to mention hikes in the cost of fags, booze and other “necessities”. 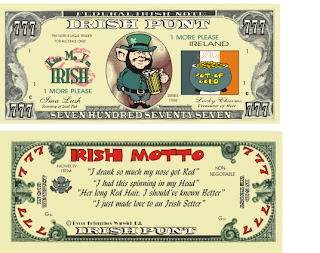 And if you go across the sea to Ireland
You will find that the leaders of the Irish Republic's two largest parliamentary party’s say they have agreed to form a new coalition government.
Fine Gael fell short of a majority with 76 seats while Labour took 37 seats.
After talks that went late into the night, Mr Kenny said final details would be worked out early on Sunday for presentation to both parties later in the day.
Labour leader Eamon Gilmore said he would recommend the coalition agreement to a special party conference on Sunday afternoon.
Mr Gilmore has not said how many cabinet positions his party had secured as the junior coalition partner. Mr Kenny would become Taoiseach, or prime minister.
Both leaders pledged in the election campaign that they would seek to renegotiate the terms of Ireland's 85bn euro (£73bn; $119bn) joint European Union-International Monetary Fund (IMF) bailout.
But the parties differed on the scale of public sector cuts, the split between tax rises and spending cuts needed to reduce the budget deficit and the time frame for cutting the deficit.
Here we go again…… 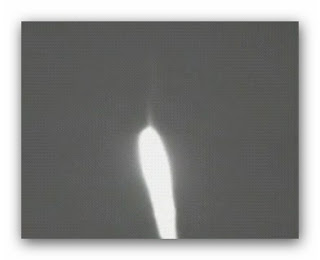 Morning Glory
NASA’s earth observation satellite Glory failed to reach orbit on Friday after its protective cover did not detach following its launch, the US space agency said.
The satellite, which cost $424 million (£261m) to produce, was too heavy to reach orbit with its clamshell-like nose cone cover clinging on and plunged into the South Pacific Ocean, leaving engineers puzzled as to why it failed.
"We encountered no anomalies" leading up to the launch, NASA launch director Omar Baez told reporters.
But a few minutes into the flight, it became apparent that separation had not occurred.
"We didn't see the indication of fairing separation," said Mr Baez. "We failed to make orbit and all indications are that the satellite and rocket are in the southern Pacific Ocean somewhere."
Time to get the submarine out. 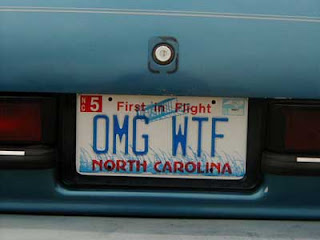 Up to the big bit of fruit
Police in New York said a one-legged man was easy to find and arrest after he allegedly stole a Smartphone from a woman trying to do him a good turn.
Jamal Enoe, 33, was apprehended Thursday near the scene of the alleged crime, a Brooklyn Laundromat, the New York Daily News reported. An alleged accomplice was also charged.
Marlene Ramos, who works as an attendant at Dirtbusters, told police her BlackBerry Curve disappeared while she was getting change for Enoe. When she returned with the coins, he thanked her and hopped out of the Laundromat.
She said she saw Enoe handing something to the other man while she was getting the change -- and everything clicked when she noticed the BlackBerry was missing. She then called police.
"I said, 'You can't miss them -- one has both legs, the other just doesn't,'" Ramos said. "He's a one-legged thief."
Enoe was arrested a block away. Police said they recovered her BlackBerry.
First prerequisite for a tealeaf: two legs for running away, Numpty. 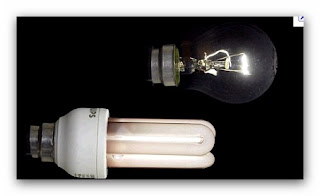 Back in the land of inflation and the home of the empty tank
Councils across the UK are refusing to pick up low-energy light bulbs from homes as they contain toxic mercury, which gives off poisonous vapours.
But confused consumers are putting the new bulbs – classed as hazardous waste – in their dustbins when they burn out, potentially putting the safety of thousands of binmen at risk.
Previously, the public disposed of traditional lightbulbs, used in Britain for 120 years, in a domestic bin.
However, they are being phased out under a European Union ruling and are being replaced with energy-saving bulbs, many of which contain mercury.
Ah-the price of new technology Elfandsafety, but I have heard that if you plant them in your garden they will grow into pricks which can then be elected into parliament. 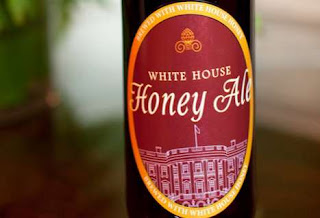 Back across the sea to the land of the confused and the home of the non American president
U.S. President Barack Obama has asked his staff to brew beer in the White House.
The blog Obama Foodoramaa, which reports on Obama's food initiatives, said this week the president and First Lady asked their chefs to take up the popular hobby. The couple presented the first batch of the homebrew -- the White House Honey Ale -- to guests at their SuperBowl party in February. Close to 100 bottles were produced and there were no leftovers after the party.
White House curator Bill Allman told the blog there is no record of beer brewing at the White House but Obama is not the first president to craft his own brews.
Doesn’t he have better things to do? 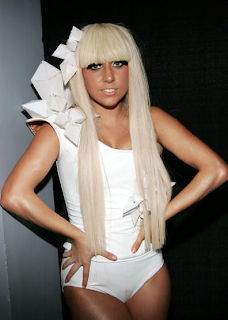 Somewhere in the world
Lawyers for US pop singer Lady Gaga have threatened legal proceedings against the makers of breast milk ice-cream named Baby Gaga.
The New York singer's lawyers have given the manufacturers until Wednesday to change the name "if you wish to avoid proceedings for trademark infringement and passing off", according to a letter addressed to London restaurant The Icecreamists Limited.
The cafe in the trendy Covent Garden district must also "cease and desist from in any other way associating with Lady Gaga any ice-cream you are offering," said the letter from law firm Mishcon de Reya.
The letter accuses The Icecreamists of "taking unfair advantage of, and riding on the coat-tails of" Lady Gaga's trademarks in a manner that is "deliberately provocative and, to many people, nausea-inducing".
Too late, it has already been banned: anyway doesn’t she have enough money? 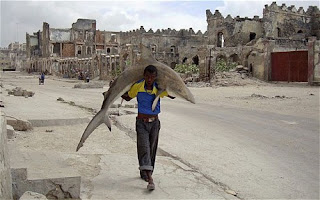 Lots of non metric units to the East, and down a fair bit
A man carrying a shark through the street in Mogadishu, Somalia is among the award-winning images for the World Press Photo competition 2010.
Omar Feisal, from Reuters took the arresting picture which topped the Daily Life Single category.
The trophies are among photojournalism's most coveted prizes.
Whooper Swans at dawn scooped second prize in the Nature Stories for Stefano Unterthiner 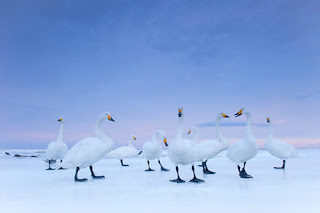 Female wrestlers from Bolivia fighting for charity won second prize in the Arts and Entertainment Stories category for Daniele Tamagni from AP. 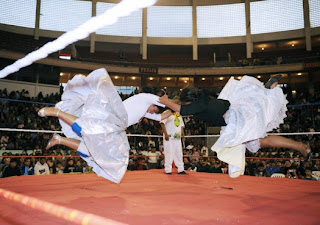 Hope the Shark man has a big fridge……
And finally:
Ladies sauntering....I think. 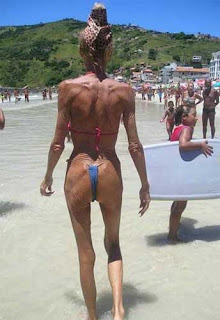 That’s it: I’m orf to build a Super Wheel.
And today’s thought: Living on this planet is getting so expensive . . . but it does include free trips around the sun.
Angus
from National Geographic who took the picture in Hokkaido Japan.
Posted by Angus Dei at 07:12 6 comments