NO CHANGE THERE THEN 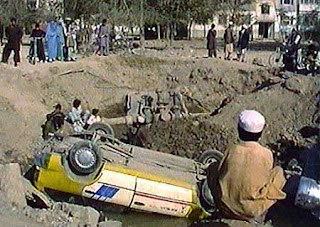 People killing each other in Sri Lanka-here

The Tories not even making promises they can keep anymore-here

And the usual bollocks from the “UK government's newly formed Food Council.”-here

The “Christmas spirit” hasn’t lasted very long this year has it?

The world keeps turning and the Tossers don’t even want to change, they don’t want peace, they don’t want to step back and think what they are doing to other countries and themselves, the populace is expendable, cannon-fodder for the politicians.

I know the situation in Israel and Palestine is complicated and long fought, I know there is a fundamental difference in “outlook”, but for God’s sake, what the Firk is the matter with these people?

I don’t have a solution, there is no military solution, the “religions” of the region have no solution, the only way to solve this unsustainable hatred, is to talk, but it seems they don’t even want to do that.

Each side is as bad as the other: it has got to the point where there is no fundamental difference between the two sides

As I said in my last blog “I don’t do religion” but this is a time to comment.

It really is time that the “middle east” grows up and accepts the fact that people ARE DIFFERENT. Religions are different, but no religion is better then the other, because religion is a matter of personal faith, not a weapon for Governments and individuals to destroy the other.