‘Tis a lovely start at the Castle this morn, sunny, calm, dry and warmish, the study is empty of all broken/fixed Dells, Acers, HPs and the occasional Mac, the garden is ready to be admired by myself and his Maj, the strawberries are ready to pick, the Honda has been washed and hoovered, my weekend has started.
And as we stagger into the second half of 2011. 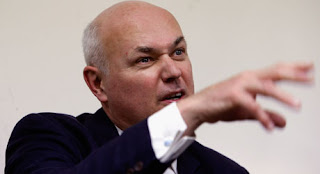 I see that Irritable Bowel Smith is on a jaunt to Spain and will apparently tell the Spanish Foundation for Analysis and Social Studies in Madrid that UK businesses should recruit more unemployed young Britons rather than relying on labour from abroad, the work and pensions secretary is to say.
Official figures suggest almost 90% of the 400,000 jobs created in the UK in the past year went to foreign workers.
IBS will add “that the government is determined to create an immigration system "that gives the unemployed a level playing field".
Ho-fucking-ho. 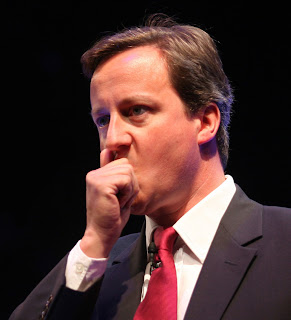 And U-Turn Cam is considering using reservists to deal with instances such as civil emergencies.
The review, carried out by the deputy head of the armed forces, General Sir Nick Houghton, was commissioned at the time of last year's Strategic Defence and Security Review (SDSR).
He was asked to look at the future role and structure of the Territorial Army and their Royal Navy and RAF equivalents.
As part of the SDSR, the government announced that 7,000 soldiers, 5,000 navy personnel and 5,000 RAF personnel would lose their jobs by 2015.
Part-time troops currently make up 17% of armed forces numbers, but the review is expected to recommend a significant increase in that proportion.
Methinks I see another U-Turn coming.... 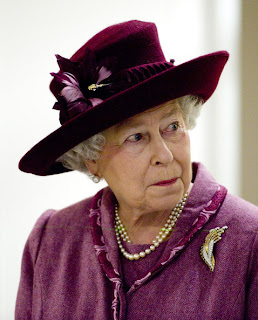 Her Maj is to receive a recession-proof financial deal that guarantees it an annual income of around £35m in future years.
Under a shake-up of the royal finances announced by Chancellor George Osborne, the amount paid to the Queen is expected to fall in real terms by 9 per cent by 2015.
The moves were condemned by a Tory MP as risking leaving the monarchy looking like "something to be bought in Tesco".
Oh dear....looks like she will end up shopping there. 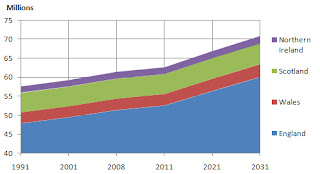 Apparently the UK population is growing at its fastest rate for half a century driven by immigration and an imminent new baby boom.
Almost half a million people were added to the UK population last year – the highest level since 1962 and the start of the last baby boom, figures revealed yesterday.
New migrants accounted for almost half the increase while the number of births hit a 20 year high.
However, the increase in children was also partly down to a rise in migrant mothers meaning immigration had both a direct and indirect impact on population growth, according to the Office for National Statistics (ONS)
The trend means enough people to fill the city of Manchester were added to the country last year and, if it that rate continues, the population will hit the 70 million mark by 2026.
That’ll give Thatcher’s generation something to whinge on about in twenty or so years.
Somewhere over the rainbow 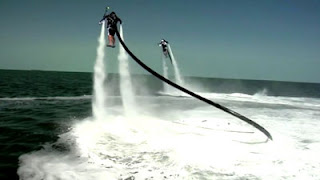 A new invention uses a powerful pump to blast users up to 28ft above a sea or lake wearing a contraption that looks similar to the one sported by Sean Connery in Thunderball.
"We decided at the outset that jet packs are not practical for commuting and should primarily designed for recreation," Jetpack Adventures, the company responsible, explains on its website.
"Intuitive flight controls, inherent stability, and an effective training system means that most student pilots can learn to fly solo within a few minutes of in-water instruction."
A 200-horsepower engine in a 10ft-long 'boat' similar to a jet ski pumps water to the pack through a flexible hose tether.
The Jetlev R200 delivers 500lb-ft thrust of high-volume, low-pressure water to directional nozzles on the pack that weighs 30lbs.
'Fly-by-wire' flight controls allow individuals to take off, make soft turns, hover and land.
The jet pack's engine has a 100-litre fuel tank which lets the user cruise for three hours or blast at full throttle for two hours.
The zany contraption can be rented for $250 (£156) for a half-hour 'flight' or for adrenaline-junkies flush with funds it can bought outright for $99,500 (£62,700).
That’ll make your eyes water. 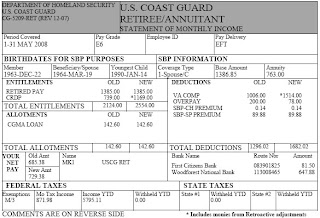 According to the Journal of Public Economics mortality rates significantly increased during the week after payday, the three causes of death with the largest increases were substance abuse, external causes (all kinds of accidents) and heart attacks.
Probably when they see the amount of tax they have paid.
Somewhere in La-La land 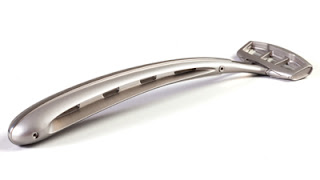 A shaving razor made from meteorite metal and sapphire blades has gone on sale - for more than £60,000.
The $100,000 Zafirro Iridium features solid white sapphire blades which the company claims will "last forever".
They are sharpened using high-energy, ionized particles to create an edge less than 100 atoms in width, 5,000 times smaller than the width of a hair.
While the handle is made primarily from iridium, one of the rarest and strongest metals in existence.
Apart from the extended life, the blades offer additional advantages over conventional steel blades; they are hypoallergenic, impervious to oxidation and corrosion, and very sharp.
Iridium, derived almost exclusively from meteorites, is 10 times more rare than platinum. It is primarily used by the aerospace industry for components such as rocket engines where durability is critical.
It is so rare that the company will produce only 99 of the Iridium line.

And finally:
North of the border 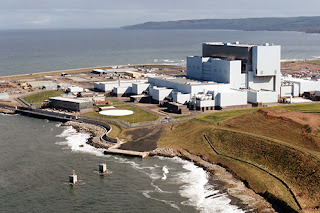 Both reactors at a nuclear power station have been shut down after "high volumes" of jellyfish were found on seawater filter screens.
The units at Torness power station, on the coast near Dunbar in East Lothian, were closed down manually on Tuesday.
EDF Energy, which operates the plant, said the reactors were shut down as a precautionary measure and there was no danger to the public at any time.
An operation is under way to clear the jellyfish from the waters near the power station and the reactors will be restarted once their numbers have gone down.
An EDF spokesman said: "Reduced cooling water flows due to ingress from jellyfish; seaweed and other marine debris are considered as part of the station's safety case and are not an unknown phenomenon.

Thought my lights dimmed out the other day...
That’s it: I’m orf to check for Botnets.
And today’s thought: "If you've never seen an elephant ski, you've never been on acid."
Angus
Posted by Angus Dei at 07:38 0 comments