More lack of warm than you could shake a set of long johns at, masses of white fluffy/scrapey scrapey stuff, minimum amounts of atmospheric movement and fuck all solar stuff as usual at the Castle this morn, just returned from the stale bread (£1.45) gruel (94ps per tin) and his Maj’s food run dahn Tesco, bought yet another “charity” fake pound coin for the pay me or stagger around with a basket trolley thingy (so far I have lost two) and his Maj is back to his old loony self. 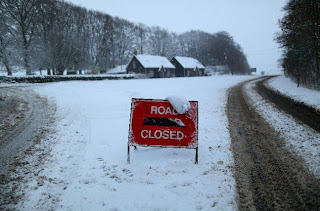 And alien reptile in disguise George (I don’t have to worry about my gas bill) Osborne is lining up his excuses for his piss poor “management” of broke Blighty’s economy.
Apparently disruption caused by heavy snowfall across Britain could see the UK slip back into recession once again, in what would be an unprecedented setback for the economy.
Back in 2010 Osborne blamed the snow for the UK economy's poor performance in the final quarter of 2010 and he will probably do it again this year.
According to Global Insight's chief UK and European economist Howard Archer "Given the UK's ability to grind to a halt with even a flake, the snow has come at a very brittle time for the UK economy, adding to the headwinds that it is already battling against as it tries to avoid a triple-dip recession,"
2012 saw the double-dip recession begun in October 2011 continue for the first half of the year, before the three months to the end of September 2012 registered growth of 0.9% boosted by the Olympic Games.

Oh good, it was worth the twenty billion for the jumpy, runny, throwy, swimmy thing then......


Across the sea to Ireland 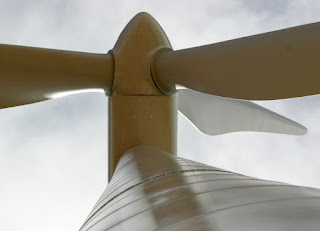 Allegedly UK and Irish ministers will today sign an agreement that could see some of the world's largest wind turbines built across the Irish midlands.
Stretching more than 600 feet (180 metres) in the air, the towers are set to generate energy for millions of UK homes from 2017.
The UK government says the Irish power is a cheaper form of renewable than offshore wind.
Under the plan, a number of companies are seeking to erect hundreds of wind turbines across the boggy midlands of Ireland. The power generated would be transferred to the UK via undersea cables that would join the grid at two points in Wales.
One of the developers, Element Power, says the plan would save UK consumers around £7bn over 15 years compared to other renewable sources.
The developers also say that thousands of jobs will be created in Ireland and the economy as a whole will benefit.
But concerns are now growing that the turbines needed to provide the power will be of a size and scale not seen in Britain or Ireland before.
"They will be spread around 40 clusters in five counties," said Element Power's Peter Harte.
Because the bog lands are relatively windless, the company behind the scheme says they will need to stretch high into the sky to catch sufficient wind to generate power.


East to the land of non glowing things 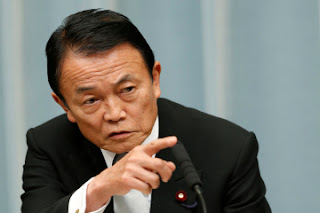 The Japanese finance minister Taro Aso, who also serves as the deputy prime monster, had been in office little more than a month when he insulted Japan’s elderly on Monday, calling those who can no longer feed themselves "tube people,” and claiming that treatment for just one patient close to death can cost the government “tens of millions of yen” a month.

He reckons that he would refuse any treatment meant to prolong his life and “I would wake up feeling increasingly bad knowing that [treatment] was all being paid for by the government,” he said during a meeting of the national council on social security reforms. “The problem won’t be solved unless you let them hurry up and die.”

He obviously hasn’t learnt much since we kicked their arses back in 1945.

Still in the land of eternal recession 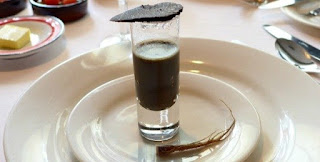 A new full course menu of dirt-inspired items at Tokyo French restaurant Ne Quittez Pas will set you back 10,000 yen or $112.
According to Japanese news site Rocketnews24, the chef at the restaurant once won a high profile cooking contest with his dirt sauce, so a full menu of soil-infused courses was apparently the next logical step. The dirt is a special black soil from Kanuma, Tochigi Prefecture and has been tested for safety and purity (yeah right).
The first course is a potato starch and dirt soup served in a shot glass rimmed with salt, and is reportedly way better than it sounds. Apparently it doesn’t have “a dirty flavour at all.”
The second course of salad with dirt dressing “tasted so little of the earthiness I was expecting that I’d kind of forgotten about that ingredient,” writes the reviewer.
And for the main course, “aspic made with oriental clams and the top layer of sediment, and a dirt risotto with sautéed sea bass and burdock root.”
Dessert is dirt ice cream and dirt gratin followed by dirt mint tea that reportedly looks like puddle water.

Oh num fucking num, still they could feed it to the non dying old farts I suppose. 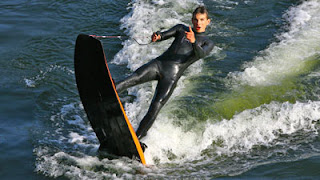 The inventors of a jet-propelled surfboard so they are struggling to keep up with demand.
The Jetsurf is a cross between a surf board and a jet-ski and can reach speeds of 40mph.
The flat carbon fibre board has a 100cc engine attached to the back and features a 2.5 litre fuel tank.
Users stand upright on the board and use their body weight to steer it from side to side like a surfer would.
The craft sucks in water from the front and shoots it out behind, helping it to build up speed very quickly.
Meanwhile, an electronic leash which is attached to the surfer's wrist acts as both a throttle and an emergency kill-cord.
It was developed by jet-surf.com and the company says it is struggling to keep up with demand for the £7,000 product.
Technician Ben Gibson said: "It handles like a surf board and the weight of it isn't much more than a kite board or a surf board.
"Out of all the sports out there it is actually closest to snowboarding, as you are not getting pulled around or waiting for waves like on a surf board.
"We make 20 boards a month, all handmade, and constantly have a waiting list for them."

Sort of defeats the object doesn’t it....


From all over somewhere:


Here are a few pics of “funny” dummies: 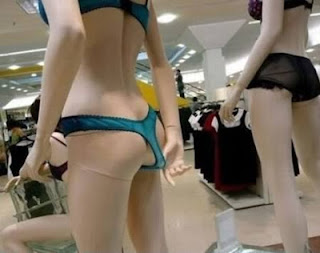 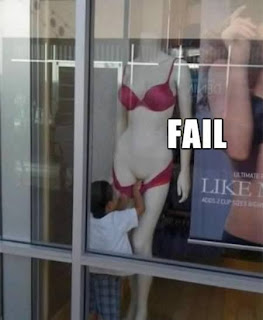 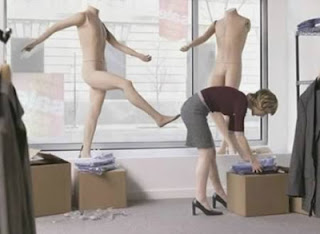 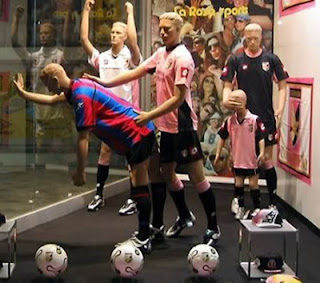 That’s it: I’m orf to print out an extension for the Castle 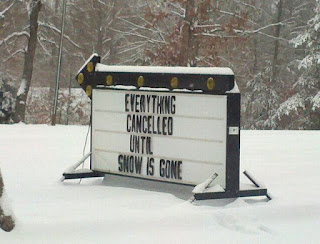