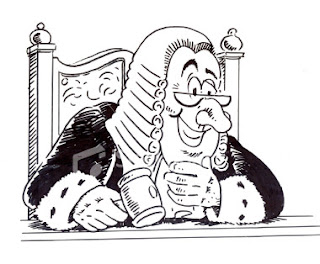 Flying thief caught again an 83 (yes 83) year old woman nicknamed the “flying thief” because she used to use commercial flights to escape, but should really be called the “great train robber” because her mode of escape is now trains as pensioners in Hungary get free rail travel, has been arrested after she entered a house in Komarom, a town in the northwest.

"At her hearing she said she wanted to find a cheaper lodging than in Budapest, where it is too expensive," she has been convicted more than 20 times and first came to the attention of the police in the 1950s.

Never too old it seems.


Suspects caught with stolen WWII, Soviet-era tanks in Poland two suspects have been arrested over the theft of four WW2 tanks from a range where they were being used as props.

The suspects hired two transport companies to move the tanks to a scrap metal depot.

The Polish heavy mob I suppose.


Man smashes cash machine in bid for free lodgings a homeless Czech man went on a rampage of destruction so that he would be sent to prison which would solve his accommodation problems.

He smashed a police car window, an entrance door and a cash machine in separate incidents.

Unfortunately for him he was released on bail, and is still homeless and jobless.


U.S. judges admit to jailing children for money two judges in Pennsylvania pleaded guilty to receiving $2.6 Million from a private youth detention centre in Pennsylvania in return for giving hundreds of youths and teenagers long sentences.

Judges Mark Ciavarella and Michael Conahan admitted that they took payoffs from PA Childcare and a sister company, Western PA Childcare, between 2003 and 2006.

Judge not lest you be judged?


"Oh, what a tangled web we weave when first we practice to deceive!" Sir Walter Scott