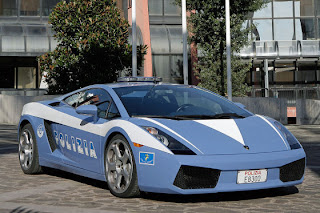 This guy really doesn’t get it.

A getaway driver who refused to break the speed limit during a police chase led to a gang of jewel robbers being caught and sent to prison for a total of 20 years.

Neil Murray, 34 was behind the wheel of a stolen high speed Alfa Romeo when the robbers fled with £60,000 worth of gems from the heist.
Got that bit right.

As they raced from Simon Pure Jewellery Design in the town centre at Guildford, Surrey, where they terrorised two women shop assistants, passers by noted down the number of the escape vehicle.

But as the gang tried to escape, the driver Murray, from Tottenham, took his foot off the pedal every time they went through restricted areas.

Within 30 minutes of fleeing the shop the three man gang was arrested and were behind bars on Saturday.

Got that bit wrong. 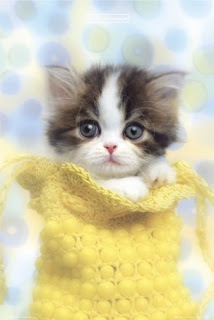 Royal Mail has warned a family they will not deliver their mail after a postman was 'attacked' by their kitten.

The company wrote to shopkeeper Ken Ridge, 65, and his son Bradley, 30, after the postman was targeted by female kitten Illy at their home in Clapham, South London.

Office manager Mayo Sonubi wrote to the pair, saying: "I am writing to let you know that, on June 6, our postman was attacked by your animal in your premises while delivering mail to your address.

"I must advise you that, if any further incidents of this nature are allowed to take place, I shall have no alternative other than to consider suspending the delivery of mail to your home."

"We record about 5,000 animal attacks on our postmen and women each year with the vast majority being dogs.

"The member of staff suffered a very bad cut to her hand which required treatment while delivering mail through the letterbox of the address." 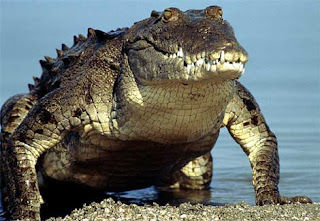 A new item on the menu.

'Crocodile' spotted in French pond Police and firemen have reported spotting the reptile in the small lake near Xertigny in the Vosges region, but all efforts to confirm its presence have so far failed.

On Saturday an echosounder probed the pond, which is two hectares (five acres) in area and up to 3.5 metres (11 feet) deep, after it was partially drained.

An object was detected, but local mayor Veronique Mercot said it could have been a shoal of fish.

"The best thing now is to empty the pond completely so as to remove any doubt," she said.

Meat has been left around the pond as bait, and fencing erected to stop the animal, believed to be a crocodile or a Cayman, from escaping, while the area has been declared off limits to sightseers.

Firemen, police and an expert trapper are keeping a 24-hour watch.
It is not known where the reptile might have come from but a local zoo has expressed willingness to give it a home.

"We want to catch it alive and give it every chance," Mercot said. 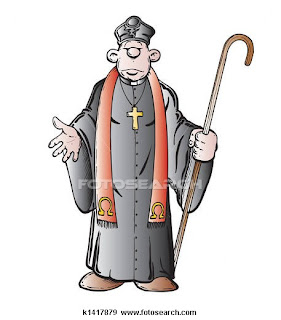 Bless you my son.

A Mexican man who arrived in Rome saying he wanted to become a priest was arrested at the airport with 6.5 kilogram’s of cocaine, the Telenews agency reported Wednesday.

The 33-year-old, who flew to Rome from Mexico City via Paris, had concealed the drug in super-thin vacuum packs inside the dust jackets of long-playing vinyl records, the airport news agency said.

Wonder who the stash was for? 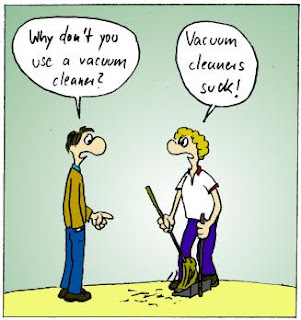 An old friend sent me this.

Creative Puns for Educated Minds
1. The roundest knight at King Arthur's round table was Sir Cumference. He acquired his size from too much pi.
2. I thought I saw an eye doctor on an Alaskan island, but it turned out to be an optical Aleutian .
3. She was only a whisky maker, but he loved her still.
4. A rubber band pistol was confiscated from algebra class because it was a weapon of math disruption.
5. The butcher backed into the meat grinder and got a little behind in his work.
6. No matter how much you push the envelope, it'll still be stationery.
7. A dog gave birth to puppies near the road and was cited for littering.
8. A grenade thrown into a kitchen in France would result in Linoleum Blownapart.9. Two silk worms had a race. They ended up in a tie.
10. Time flies like an arrow. Fruit flies like a banana.
11. A hole has been found in the nudist camp wall. The police are looking into it.
12. Atheism -is a non-prophet organization.
13. Two hats were hanging on a hat rack in the hallway. --One hat said to the other, 'You stay here, I'll go on a head.'
14. I wondered why the baseball kept getting bigger. Then, it hit me.
15. A sign on the lawn at a drug rehab centre said, 'Keep off the Grass.'
16. A small boy swallowed some coins and was taken to a hospital. His grandmother telephoned to ask how he was, a nurse said, 'No Changeyet.'
17. A chicken crossing the road - is poultry in motion.
18. The short fortune-teller who escaped from prison was a small medium at large.
19. The man who survived mustard gas and pepper spray is now a seasoned veteran.
20. A backward poet - writes inverse.
21. In democracy, it's your vote that counts. In feudalism, it's your count that votes.
22. When cannibals ate a missionary, they got a taste of religion.
23. Don't join dangerous cults: - Practice safe sects !