Lots of lack of warm, even more skywater, not even a cough of atmospheric movement and negative solar stuff at the Castle this morn, still no hot water-the “man” can’t get here until Wednesday morn, but he did suggest that I switch on the immersion heater in the tank-my reply was “have you seen the price of Leccy lately” to which he made an odd noise and went away. 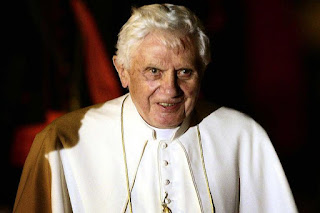 I see that the Ex Nazi Joseph Aloisius Ratzinger (otherwise known as the Ex Nazi Pope Benedict the more than fifteen) has handed in his notice on the grounds that “I have come to the certainty that my strengths, due to an advanced age, are no longer suited to an adequate exercise of the Petrine ministry.”
Oh dear. What a shame, maybe he could spend his remaining time contemplating the millions of people murdered by his former employer...

It seems that the same sex marriage of the ConTories and the LibDooms has managed to complete the massive number of seven of the 576 major building projects in the Government's much-trumpeted national infrastructure plan, according to a report out today.
Apparently only 1 per cent of the schemes are operational and just 18 per cent are said to have "started" or to be "under construction", according to data compiled by Labour from Treasury figures.

Plan “A” really is working then... 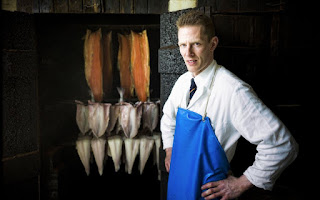 Has let go of the tree he has been hugging for the last decade or so and is preparing to battle authorities after Britain's oldest working fish smokehouse was shut down after a single resident complained about the smell.
It had survived for more than 130 years and was bombed in the Blitz but Walter Purkis and Sons was told to close by Haringey council following a complaint from a resident in a nearby flat block in Crouch End, North London.
The Purkis family were informed last month the smokehouse was in breach of the Environmental Protection Act 1990 and the Clean Air Act 1993.
But Charlie, who has been said to be a strong supporter of traditional and organic foods, has stepped in to help the owner of the business, John Purkis, whose family has been in the fish business for generations.
Last week a female member of the Prince's staff came to see the Purkis family and asked for details about what had happened.
It was explained that the smokehouse won a reprieve and was once again allowed to produce its kippers, smoked salmon and mackerel. However the family were worried the reversal of the ban may only be temporary.

That’s alright then; but are they real fish; could they be fake fish with Romanian slugs and snails and puppy dog tails cunningly disguised , perhaps the dept for Gee-Gee Grub could investigate.... 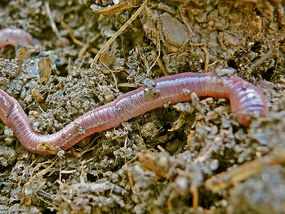 Human beings are not the only creatures on Earth who cause the climate of the planet to change. Ordinary earthworms also make a significant contribution to global warming. Scientists believe that in the next few decades, the population of earthworms will experience a real boom.


The soil produces about 20 percent of global emissions of carbon dioxide and two-thirds of nitrous oxide. Worms act as architects of this ecosystem. They make the structure soil more porous and interact with microbes that produce carbon dioxide. The presence of invertebrates in the soil is directly related to the amount of carbon dioxide that the soil releases in the atmosphere. Nitrous oxide produces the bacteria that live in the intestines of worms. The concentration of nitrous oxide is three times higher in the places inhabited by earthworms.


A while back, scientists faced the following problem. On the one hand, worms contribute to the growth of emissions in the atmosphere from the soil. On the other hand, then help "recycle" carbon dioxide, hiding it under the ground. This contradiction became known as the "dilemma of earthworms."


In a new study, an international team of scientists from the Netherlands, the U.S. and Colombia analyzed the results of 237 separate experiments that studied the role of earthworms in greenhouse gas emissions, says the Guardian. The researchers carried out experiments on the emissions of all types of gas and found that the worms increase the global-warming potential of soil by 16 percent.

And the results could even be worse if the worms drive about in cars...

East to the land of Thais 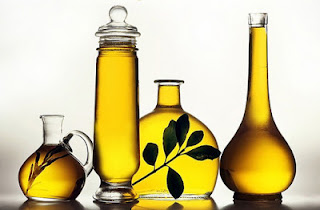 A 50-year-old man developed cancer in his genitals, after he injected himself with olive oil to enlarge his penis.
He required emergency surgery to remove his genitals to stop cancer spreading.
He had been injecting his penis with olive oil over a number of years and it had become infected which caused the cancer.
The un-named man had injected his penis with olive oil in a bid to make it bigger.
The procedure is quite common in Thailand, other substances also used include; bees wax, silicone or even paraffin.
There have been reports from one Bangkok hospital that they see up to 40 patients a month suffering from side-effects of this treatment.


Up a bit to where Sri Lankans come from 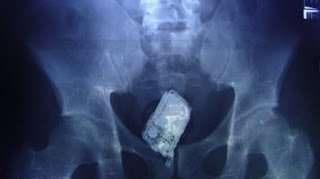 A prisoner who tried to hide a mobile phone was caught when guards heard his backside ringing.
The 58-year-old convict was admitted to the national hospital in Colombo where doctors later retrieved the handset from his bottom.
"The man had concealed the phone inside his person," the official said, asking not to be named.
"Unfortunately for him, the phone rang at the wrong time and guards knew he had a phone at the wrong end."
He said the man was in hospital for two days but was discharged and sent back to prison after the mobile phone was removed.
The prisoner was serving a 10-year sentence for theft at the high security Welikada jail in the capital.


Should have put it on vibrate... 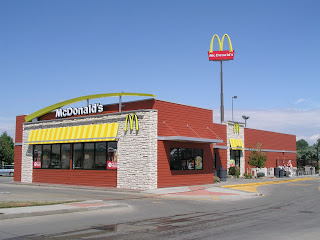 In a world first, a McDonald's franchise in Australia is offering full table service for its dine-in customers, complete with china plates, glassware and metal utensils in place of the more usual paper boxes and plastic.
Meals are also brought to the table by waiters and waitresses, and diners can daintily dab their lips with cloth napkins after eating.
"It's very popular," store manager Michelle Steain told Reuters of the five-week trial service. "Everyone seems to be loving it."
Glenn and Katia Dwarte, owners of the franchise in Warilla, some 100 km (62 miles) south of Sydney, sought permission for the idea after their habit of serving Mr Dwarte's parents with cutlery and plates caught the attention of other diners.
The dine-in offer is open to customers who purchase premium meals between 5 p.m. and 8 p.m. each day.


Spiffing; what next coffee in cups? 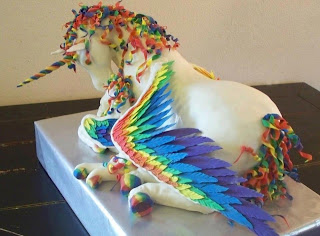 That’s it: I’m orf to check out my non-4G freeview
Today’s thought:
Waiter I'll have two portions of that. 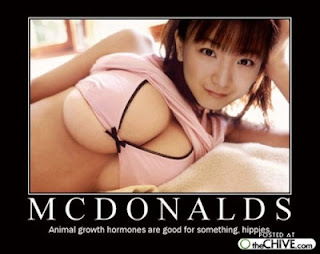