Dull, dingy and damp at the Castle this morn, and “they” are predicting oodles of sky water during the light thing.
The good/bad news is that the lawn has stopped looking like coconut matting and now looks like Rooney’s bonce. 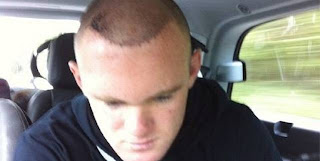 According to the Torygraph 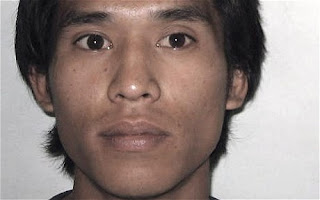 Scores of people the Government wanted to remove from the country have been able to stay by claiming that they had a “family life” here under Article Eight of the European Convention of Human Rights.
A total of 102 people defeated the Home Secretary in the courts in 2010 on family rights grounds, including violent criminals and illegal immigrants who had no other right to be in the country.
None claimed that they would be in danger of torture or abuse if they were sent home.
Last night the figures fuelled the row over the use of the European Convention, which was passed into British law by the previous Labour government, and particularly Article Eight – the “right to private and family life”.
A case of the needs of the few outweighing the needs of the many....
Apparently the UK faces job losses as businesses threaten to flee abroad to escape green energy levies 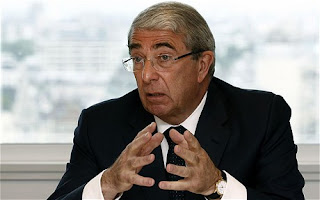 The new president of the CBI Sir Roger Carr warns in an interview that the Coalition must give "some sort of support" over rising energy costs to UK manufacturers or else risk seeing businesses relocate abroad with the consequential loss of jobs.
"Not every country in the world has the same commitment to climate change [as the UK] and therefore you may feel commercially disadvantaged," Sir Roger says, adding: "That gives you cause for thought as to where you want to invest."
His comments – ahead of a CBI energy conference on Tuesday – come amid growing concern over the cost of renewable energy subsidies and so-called 'green stealth taxes'.
The CBI will call on the Coalition to toughen its approach with European neighbours to avoid British businesses investing abroad in order to escape tough carbon regulation at home.
Yeah right.
Over the briny to the Big Apple 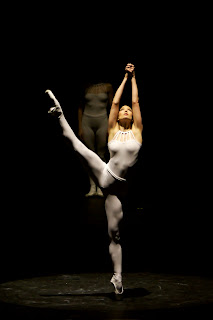 Getting a lap dance isn't the same as taking in a ballet, so an alcohol-free strip club will have to pay the tax man, a New York state court has ruled.
Four Appellate Division justices agreed with a state tax appeals commission's earlier finding that dances onstage or in private rooms at the club Nite Moves in suburban Albany don't qualify for a state tax exemption as "dramatic or musical arts performances."
Nite Moves contested a tax bill of nearly $125,000 plus interest on lap dances and admission fees stemming from a 2005 audit. Its attorney, W. Andrew McCullough said Friday the club has a later, larger bill it is also challenging, and that he would probably appeal the Appellate Division ruling.
That explains why Swan Lake looked so odd the other night.......
Back in the Smoke 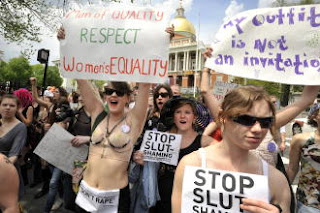 Thousands of women took part in a so-called Slut Walk in London on Saturday, insisting that they should be able to wear as much or as little as they like without facing sexual harassment by men.

The colourful march saw most people wearing everyday clothing but some wore provocative outfits as they marched on London's central Trafalgar Square.

Slut Walk was first held in Toronto earlier this year after a police officer caused outrage by stating that "women should avoid dressing like sluts in order not to be victimised" during a speech to university students.

The protest soon spread to cities around the world where women joined in huge numbers to challenge the mindset that victims of sexual assault should bear a degree of responsibility on the grounds that they were "asking for it".

The London march kicked off behind a banner reading "Slut Walk London: because we've had enough".
Bloody lucky-I haven’t had any........
North of the border 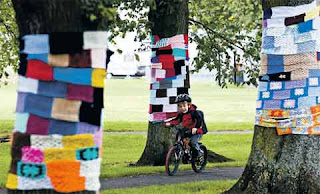 Jamie McCallum, five, from St Mary's Primary, enjoyed the sight of some colourful trees on Leith Links which have been decorated as part of the Leith Festival's Cool Wool arts project.
The guerrilla knitting project encouraged people to create small woollen squares, which were used to create "jumpers" for around 20 trees.

The festival will see events taking place at 52 venues, from Seafield Crematorium to the Mary of Guise Barge. Among the attractions is a fun fair and it is hoped local businesses will benefit from an influx of visitors to the area.

Nearly nude cyclists at Saturday's World Naked Bike Ride had their undies tied in knots -- literally.
Ottawa Police, who have escorted the fleshy, safe cycling protest in years before, told the crowd at their starting point in Confederation Park to keep their pants on, or risk arrest.
After outcries and disappointed shouts, the riders accepted the slight defeat and stripped down to the bare -- and legal -- minimum.
Saturday marked the annual World Naked Bike Ride in cities across the Northern hemisphere. The ride has been around since 2004, the sixth in Ottawa.
About 80 cyclists came out in the nation's capital to show their skin.
Many riders donned body paint to better convey their message. Some were there just to be naked, while others hoped to address specific cycling issues.
Teevan sported the words, "Burn fat not oil" across her back, while Isabelle Yingling whose daughter ran into an opening car door while cycling in Toronto wore "No door prizes."
"I feel so vulnerable on my bike when I'm trying to share the road with cars," said second-time participant Jan Teevan, who wants more segregated bike lanes. "I really don't think I should be sharing the road with cars -- it's too dangerous."
Looking at the pic I think the cyclist would win.
That’s it: I’m orf to buy some cat’s ears.
And today’s thought: Sarcasm helps keep you from telling people what you really think of them.
Angus
Posted by Angus Dei at 08:39 2 comments