Hot Hamsters; lachanophobia, Too posh to play; No hope=happy; and wind up your workers

Really late today, BF 250 last night, hardly slept at all, drove through the pea-souper to the smash and grab, staggered round and out of thirty checkouts there wasn’t one open, plenty of gormless looking morons standing next to the checkouts but not one in use.

So I had to take my trolley to the ‘self serve’ thingy and spent ten minutes listening to the female equivalent of Stephen Hawkins telling me that there are unexpected items on the whatnot and don’t forget to swipe my clubcard interspersed with the comments from six other self serve thingys telling the other poor sods the same thing.

And to top it all DD over at Noclue has panicked me into buying a ginormous bar of chocolate, just in case. 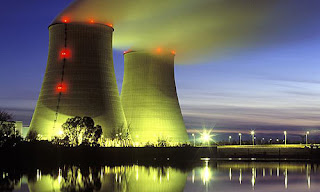 After what seems like two hundred years of Labour rule they have finally decided that we need more nuclear power stations and in order to hide their dithering and ineptness they are going to “fast-track” planning permission for the said glow in the dark voltage producers. 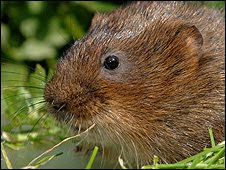 A bit of good news; Ratty is doing well in the wild, a survey of the UK's waterways called 2009 a "bumper year" for water voles, which had been considered to be one of the nation's fastest declining mammals.

The study, organised by British Waterways, recorded 89 sightings of the rare rodent - twice as many as in 2008.

Ok so 89 isn’t a lot, but maybe Badger, Mole and Toad are looking after them. 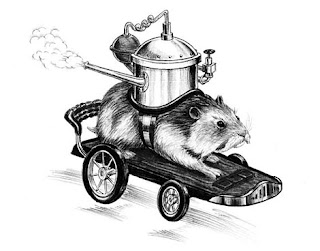 The latest thing for Crimbo this year is apparently battery powered Hamsters, I kid you not;

Parents have been snapping up the Go Go Pets, known as Zhu Zhu pets outside the UK, as soon as they hit the shelves.

Jerry Storch, chief executive of Toys R Us, says they are a phenomenon on a par with Teenage Mutant Ninja Turtles, the smash hit of Christmas 1987.

There are five of the interactive pet hamsters, Mr Squiggles, Patches, Chunk, Pipsqueak and Num Nums.

Each responds to touch with squeaks and noise and can run about when set to "explore mode" or "choo and chirp" calmly when held.

They also react to accessories sold especially for them, including a toy house, bed and car.

Mr Storch said initial demand for the toys was so strong that Toys R Us did not list them in its Christmas toy catalogue to avoid disappointing customers.

“Word of mouth alone stimulated demand to the point that if we advertised it would only be bad for business,” he told the Financial Times.

The range was launched in the summer by Cepia, a small company based in St Louis, Missouri, in the US that was founded in 2004 by Russell Hornsby.

And Mr Hornsby intends to capitalise on the success of his toys, with plans to bring out a range of other animals.

“It’s not just hamsters,” Mr Hornsby said. “We are bringing out the clans: chipmunks, squirrels, hedgehogs, rabbits. We have all sorts of cute things coming.”

Wonderful, that really is something to look forward to, and a bit of advice for the kiddlies;

If your useless parents can’t get you a Num num don’t shove a rechargeable AAA battery up the arse of your real Hamster in the hope of turning it into a Go-go.

Scared of my carrot? 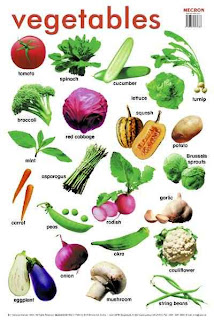 Vicki Larrieux, a 22-year-old student from Portsmouth, claims she is unable to keep to a healthy diet because she is frightened of vegetables.

She suffers from a fear known as lachanophobia, which leaves her sweating and stricken with panic attacks at the merest sight of a sprout or a pea.

Miss Larrieux survives on a diet of meat, potatoes, cereals and an occasional apple but refuses even a single slice of carrot on her dinner plate.

"I have always had an irrational fear of vegetables even as a child I used to properly freak out if some carrots or a few peas were on my plate," she said.

"But as it continued into adult life I started to think it might not just be a dislike for vegetables but an actual phobia.

"Every time I would see vegetables not just on my plate, but anywhere I would get feelings of panic, start sweating and my heart rate would shoot up. 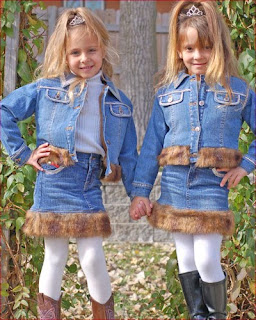 Parents who dress their children in designer clothes are hampering their development because it stops them playing properly, claim researchers.

A study has shown that the wearing of inappropriate outfits is a serious problem for playgroups because the wrong dress can seriously disrupt a whole class.

Offending dress included lack of warm clothes such as coats and gloves, inappropriate footwear like flips flops and expensive outfits that were "not to be ruined", the researchers found. These meant children were reluctant to go outside to play and nursery workers were unwilling to send them out.

It is also good building up co-ordination and social skills.

But Dr Kristen Copeland, a child health researcher at Cincinnati Children's Hospital Medical Center, found that inappropriate dress was a "barrier" to that development especially at playgroups and nurseries.

The study, reported in the journal International Journal of Behavioral Nutrition and Physical Activity, suggests that inadequate or inappropriate clothing could restrict children's outdoor play.

The study found that a few children dressed improperly could prevent the entire class from going outside, thus restricting physical activity.

It also emerged that clothing choices were a significant source of conflict between parents and child-care providers.

Carers suggested several reasons why parents may dress their child inappropriately, including forgetfulness, a rushed morning routine, limited income to buy clothes, a child's preference for a favorite item, and parents not understanding the importance of outdoor play. 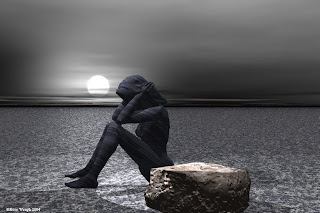 Giving up hope can make those living with a serious illness happier, according to psychologists.

Researchers found that patients who continually hoped for a cure for their condition were likely to be more miserable than those who accepted their illness and tried to get on with life.

Peter Ubel, director of the University of Michigan Centre for Behavioural and Decision Sciences in Medicine, spoke about "the dark side of hope".

"Sometimes, if hope makes people put off getting on with their life, it can get in the way of happiness," he explained.

"We think they were happier because they got on with their lives. They realised the cards they were dealt and recognised that they had no choice but to play with those cards."

Yet another article from the University of the bleeding obvious.

Be miserable and work better 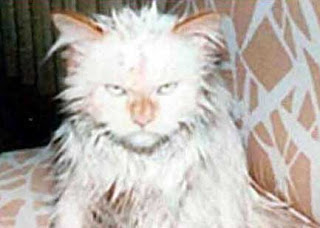 Miserable people make better judgements than their cheerful counterparts and may also be better at remembering things, a study indicates.

People in a bad mood are more critical, and pay more attention to their surroundings than happier people, who are more likely to believe anything they were told, according to the research.

The study also found that unhappy people were better at stating their case through written arguments, which Prof Forgas said showed that a "mildly negative mood may actually promote a more concrete, accommodative and ultimately more successful communication style."

Which means that I must be the best blogger in the world?