The weather has turned, cloudy, chilly and darkish, nice to be back to normal. 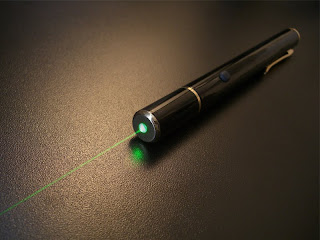 From OZ: - A FORMER Turkish soldier living in South Australia on a student visa allegedly has shone a laser pointer at a Qantas jet above Willunga, temporarily blinding its pilot.

Irfan Bozan, 26, appeared in the Christies Beach Magistrates Court today charged with endangering life, prejudicing the safe operation of an aircraft and carrying an offensive weapon.

Outside court, police told Adelaide Now that Bozan had caused temporary blindness to the pilot at about 7.40pm last night as he was coming in to land at Adelaide Airport.

The pilot was flying at 7000ft above Willunga when the beam was directed at the plane's cockpit.
Police will allege in court that Bozan, who came to Australia eight months ago, was shining the light while a passenger in a car driven by his co-defendant, Mehmet Akyildiz.

Speaking outside court, Akyildiz told Adelaide Now he had bought the laser while in Thailand and did not realise it was considered an offensive weapon in Australia.

"We didn't know that it was illegal... we thought it was a toy," Akyildiz said.

"I know it can burn through eyes... we were just pointing it at trees and stuff.

"We didn't point it at no planes or cars; we just pointed it at the open air, trees and signs.

In court John Mattner, for Bozan, said his client did not realise the laser would cause any harm.

"He thought it was a toy and he didn't think he was doing any harm."

He said due to the serious nature of the charges and the need for a Turkish interpreter, it would be more appropriate for Bozan to access Legal Aid before applying for bail.


Does this mean we are engaged? 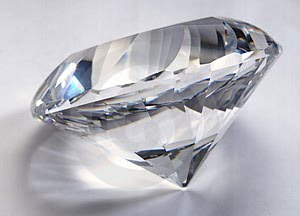 Anne Moon was on a day out at York Maze when she went to pet the pig called Ginger.
But the animal clamped its teeth around the ring and when it let go Mrs. Moon found that the diamond was missing.
Now Paul Caygill, the farmer who owns the Kune Kune pig, is waiting for nature to take its course in the hope of finding the missing gem, which was a gift from Mrs Moon's husband 30 years ago.
"I've never been in such close contact with a pig before so I put my hand out flat to let it have a sniff," said Mrs Moon, of Thirsk, North Yorkshire.
"It just clamped its teeth around the ring and wouldn't let go. When I did pull my hand free the ring was covered in dirt. I gave it a wipe and the diamond was gone, I couldn't believe it."
The pig's pen was searched because it was believed Ginger may have spat it out but nothing was found.
"If the pig wasn't so dirty I think we would have put him in the back of the car and taken him home," Mrs Moon added.
Mr Caygill said: "The woman came up to me and said 'you won't believe this, but one of your pigs has swallowed a diamond from my ring'.
"She showed me the ring and it had diamonds round the edge, but the big one in the middle was missing. She was upset."

We will have to wait for the evidence to appear.
Blame your Genes 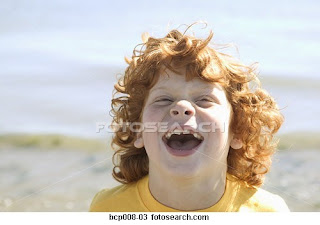 It appears that “research” has discovered that Redheads are more than twice as likely to avoid the dentist than brunettes, because they feel pain more acutely. Previous research has shown that people with red hair can be more sensitive to the agony of the dentist's chair, because of a gene which helps to create their hair colour.
Experts believe that redheads require larger doses of anaesthetics to numb the sensation, than people with other hair colours.
Researchers from the Cleveland Clinic, in Cleveland, Ohio, tested whether redheads were more likely to avoid visiting the dentist than others.
The study looked at 144 people, 67 of whom were natural redheads and 77 of whom had dark hair, aged between 18 and 41.
They were all asked to complete a survey designed to show how anxious people were about the dentist, how much they feared dental pain and how likely they were to avoid dental work.
The findings, published in the Journal of American Dental Association, found that 85 participants had the MC1R gene variants associated with red hair and pain, including 65 of the 67 red-haired group and 20 of the 77 with dark hair.
They were more than twice as likely to avoid the dentist as though who did not have the gene variants, even after the researchers controlled for those who had generally more anxious personalities.
The researchers advise that dentists should assess all their patients, but especially those with red hair, for fear of dental work.
However, dentists suggested that the gene might occasionally drive redheads to their dentist more swiftly.

Or maybe it’s because YOU CAN’T FIND A BLOODY DENTIST IN THE FIRST PLACE!!!
Minnie Mouse manhandled 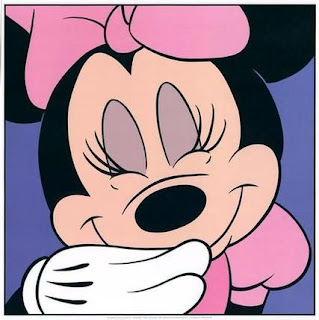 A Pennsylvania man was found guilty of misdemeanour battery today for groping Minnie Mouse at Walt Disney World in Florida.
Brittney McGoldrick testified in an Orlando court yesterday that she was groped by a 59-year-old grandfather while she was playing the cartoon character Minnie Mouse.
She told the Orlando court that on June 7, John Moyer of Cressona, Penn., “came at me and grabbed my breasts” during a photo shoot, WFTV Channel 9 reports.
The young woman said she was greeting children in “Toontown” at the Magic Kingdom when she heard a “creepy laugh” before Moyer grabbed her breasts and rear end.
McGoldrick pushed her attacker’s hands down, but said she could not call out because character employees are not allowed to speak while in costume.
A Disney photographer allegedly caught the attack on film.
Moyer was sentenced to two days in jail, which he has already served, 180 days of probation and 50 hours of community service.


And finally:
Yawning gap in justice 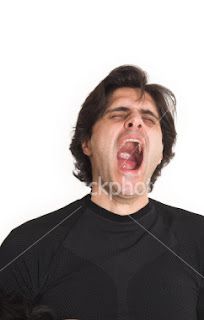 A man has been jailed for yawning 'boisterously' in court.
Judge Daniel Rozak was left seriously unimpressed when Clifton Williams stretched and let out the badly timed yawn just as his cousin's sentence was being handed out for drugs offences.
Williams faces six months in jail for criminal contempt.
Williams’ father told St Louis Today: "I was flabbergasted because I didn't realise a judge could do that. It seems to me like a yawn is an involuntary action."
And Williams got further backing from the cousin in question Jason Mayfield, who insisted it was 'not an outrageous yawn'.
But Chuck Pelkie from the state's attorney office told the paper: "It was not a simple yawn - it was a loud and boisterous attempt to disrupt the proceedings."

Not a Numpty but a Pillock.