Bit of a nip in the air today down ‘ere in ‘Ampshire, but the sun is out and the birds are having a cough, the RFBC is asleep upstairs and all is calm in the Angus castle, but of course it won’t last.


Is there life on Mars 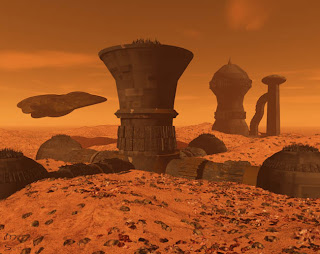 Today we have a group of Numptys, supposedly intelligent but lacking in basic thinking skills.

Teach children to type rather than write, accept that mankind has lost the battle to halt global warming, and establish a colony on Mars for when Earth becomes uninhabitable.

These are just some of the ideas proposed by a panel of eminent scientists and intellectuals asked to come up with ways of making the world a better place.

Their suggestions paint a bleak picture of humanity's current plight on a planet cursed by environmental destruction, unequal health care and the money-orientated selfishness of the Western world.

But the thinkers including Richard Dawkins, the evolutionary biologist and prominent atheist, Margaret Atwood, the author, and Sir Richard Branson, the Virgin entrepreneur, do find grounds for hope – even if some of the proposals collected by New Scientist magazine sound a little far-fetched.

While Prof Dawkins urges everyone "think like scientists" and Atwood calls for a ban on bottom trawling – a damaging type of fishing – many of their fellow contributors are more ambitious.

"We should establish a self-supporting colony on Mars," suggests J Richard Gott, professor of astrophysical sciences as Princeton University in the US.

"That would make us a two-planet species and improve our long-term survival prospects by giving us two chances instead of one."

As one might expect, his belief in the species-saving potential of space exploration is echoed by Sir Richard, whose Virgin Galactic company plans to offer orbital flight for paying passengers.
"If we are going to survive as a civilisation we need low energy and environmental access to space on an industrial scale," he told the magazine.

Bit of a snag there Tricky Dicky, have you seen the amount of pollution rockets put out? Plus the fact that the amount of natural resources and money needed to build your “space ships” could be used to produce green technology here on doomed earth.

But they go on to say “Environmental scientists Wallace Broecker, who coined the term "global warming", and James Lovelock, who invented the Gaia theory that the planet behaves like a living organism, agree that urging consumers to reduce their carbon consumption is now not enough to save the world.

Prof Broecker urges greater research into methods of removing CO2 from the atmosphere, while Lovelock says we must begin preparing for a warmer planet. "Our best course of action is to spend at least as much effort adapting to global heating as in attempts to slow or stop it happening," he says.

Many of the experts call for swift action to improve education and health standards in the developing world.

Max Tegmark, a cosmologist at the Massachusetts Institute of Technology, says that radical changes to the curriculum are necessary to prepare children for a hi-tech future: "for youngsters, learning a global language and typing should trump long division and writing cursive".

Jimmy Wales, the founder of free online encyclopedia Wikipedia, argues that the world will only become a better place when people learn to confront their own prejudices, challenging everyone to spend a month immersing themselves in books and websites opposed to their own world view.

One of the few voices of optimism in the cacophony of doomsday warnings comes from Elon Musk, the US entrepreneur behind PayPal, the online payment system. His recipe for a better world? Look on the bright side of live, and appreciate your good fortune.


Of course he did he is a multi millionaire. 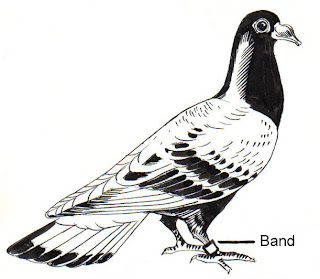 Because it is faster than Telkom, South Africa’s leading internet service provider.
Local news agency SAPA reported the 11-month-old pigeon, Winston, took one hour and eight minutes to fly the 80 km (50 miles) from Unlimited IT's offices near Pietermaritzburg to the coastal city of Durban with a data card was strapped to his leg.
Including downloading, the transfer took two hours, six minutes and 57 seconds -- the time it took for only four percent of the data to be transferred using a Telkom line.
SAPA said Unlimited IT performed the stunt after becoming frustrated with slow internet transmission times.
The company has 11 call-centres around the country and regularly sends data to its other branches.
Telkom could not immediately be reached for comment.
Internet speed is expected to improve once a new 17,000 km underwater fibre optic cable linking southern and East Africa to other networks becomes operational before South Africa hosts the soccer World Cup next year.
Local service providers are currently negotiating deals for more bandwidth.

The only good thing about it is that when you download from the web it doesn't crap on your car. 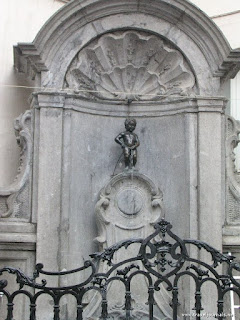 Judges have reduced the rent on a posh apartment - because the tenants could hear their neighbours peeing through the thin walls.
Peter and Susana Keller have had the rent on their home in Berlin, Germany, reduced by 10%.
Noise pollution experts told the court that some noise would be expected to travel but the sound of a man urinating into the loo was "clear, distinct and plainly very irritating".
Mr Keller said after the verdict: "I am very happy with the outcome, although it will not solve the problem in itself.
"It is though some compensation after having to put up with something which has been very unpleasant for us.
"It was not just the noise itself that was a problem but the fact that you knew exactly what the source of the noise was in complete detail.
"It was terrible to listen to if you heard it just as you were sitting down to your dinner."

But doesn’t it work both ways?
I Luv you constable, have a fish 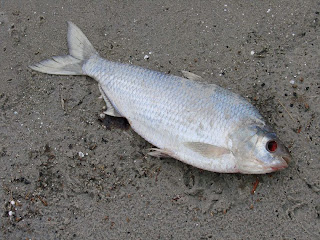 Darwin police say a man they caught drink-driving last night tried to give officers a dead fish.
Officers were called to a service station at Casuarina just after midnight and say the 44-year-old man was visibly drunk.
Duty Superintendent Rob Farmer says the man "stumbled" out of the car and tried to talk to police before producing the dead fish.
"I'm told it was a Saratoga, not a very good one either, only about 30 centimetres long apparently," he said.
"We don't know why he produced it and where he got it from. But yeah, he was intent on showing it to them."
Police say the man later recorded a blood alcohol reading of 0.235 per cent.
Superintendent Farmer says he is unsure what happened to the fish.
"As far as I know, it's still with the car now," he said.
"I don't know whether there were other people there who may have been able to take care of the fish or whether he's going to have a surprise in his vehicle when he gets back to it.
"It's not a good idea to keep dead fish in your car."
The man is due to appear in court today along with another alleged high-range drink-driver who had only just been released on bail after crashing a stolen car.
Police say the man went drinking again, stole a Ute, backed it into a parked car and later crashed it into a moving car, before ending up in a storm water drain near Darwin's CBD.
The 28-year-old has been refused bail, and police say he did not have a licence to begin with

Smashed to the gills. 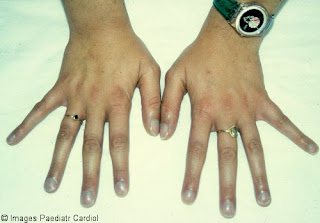 A study suggests bad driving may be programmed from birth because finger length is directly associated with exposure to the hormone testosterone in the womb.
Numerous studies have shown that a long wedding ring finger compared to the index finger in men can have a powerful effect on health and behaviour.
Research suggests it is linked with increased male aggression and risk-taking.
But it also means men are better at sports such as athletics and football, more likely to succeed in the cut-throat world of high finance and may even be more fertile than those with shorter ring fingers.
Scientists believe exposure to greater levels of testosterone in the womb affects the way the brain works later in life.
The hormone appears to promote more masculine behaviour.
But it also seems to activate growth of the wedding ring finger by stimulating testosterone receptors in bone.
In the latest study, researchers at the University of Mainz, in Germany, recruited 77 male drivers at an average age of 38.
Each volunteer had their left hand scanned to measure the difference in length between the ring and index fingers.
They then had to provide details of all driving offences within the previous five years.
Just over a third of the drivers reported having penalty points on their licences, ranging from one to 20, for offences ranging from speeding to drink driving.
The results, published in the journal Accident Analysis and Prevention, showed men with longer ring fingers were more likely to have offended.
In a report on their findings the researchers said: 'A longer ring finger than index finger was related to more traffic violations.
'Hormone exposure in the womb might increase traffic violations in later life
But don’t get too smug ladies:-
But the results do not necessarily mean women are better drivers.
Research carried out in 2005 at the University of Giessen, also in Germany, found low testosterone levels in women drivers who tend to have shorter ring fingers affected their spatial skills, such as map reading and ability to park properly.

So next time someone shows you “the finger” it just means that they are telling you how good a driver they are.